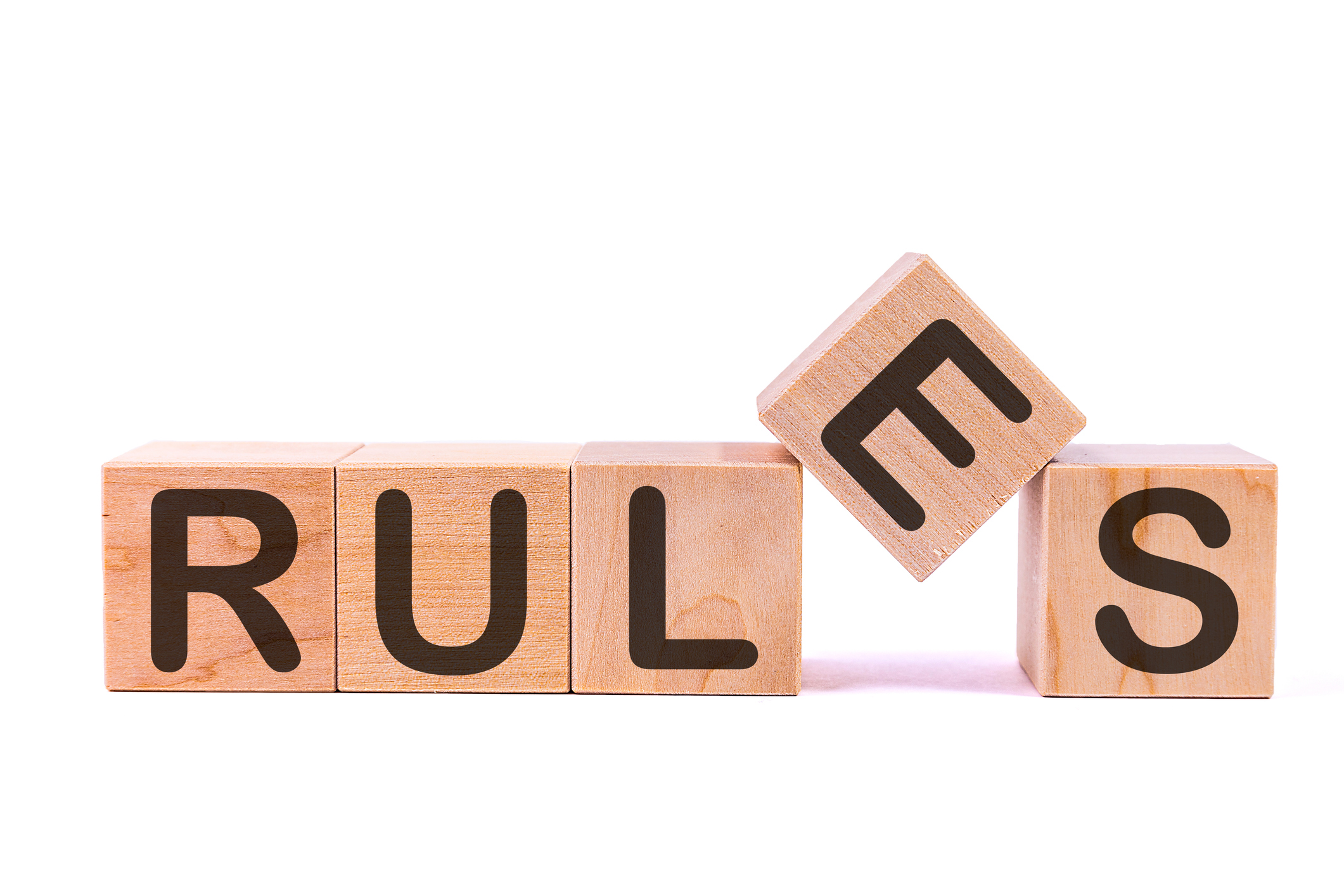 Christians are not subject to man-made rules. Paul warned against commandments of men such as, “Do not touch . . . taste . . . handle” (Colossians 2:21–22). Such rules, he said, “have an appearance of wisdom” in man-made religion but are of no value in restraining fleshly indulgence (2:23).

Jesus rebuked those who were “teaching as doctrines the commandments of men” (Matthew 15:9). He never violated a commandment of God, but He almost seemed to go out of His way to demonstrate His refusal to keep the “tradition of the elders” (Matthew 12:1–9; 15:2).

Those who bind man-made rules on the church claim authority that belongs only to God. Those who submit to them as essential to salvation, at least in some instances, doubt the sufficiency of the gospel to save, and fall from grace (Galatians 5:4).

Rules are not the basis of our salvation. To be saved on the basis of keeping rules, it is necessary never to break a rule. When we break a rule of God, we become sinners. A sinner must be forgiven to be saved, and only God can forgive.

We can neither formulate rules that would earn our forgiveness, nor earn our forgiveness by keeping rules God has given. Even if we kept all other rules, or kept the rule we broke at all other times, we would but keep ourselves from further sin, “For whoever shall keep the whole law, and yet stumble in one point, he is guilty of all” (James 2:10). Keeping rules today would earn no credit to atone for previous sins.

There are conditions given by God that we must meet to be forgiven, but meeting conditions is not the same as keeping all the rules. When we meet the Lord’s conditions because we trust the One who gave them, we are saved by grace through faith. If we think we are saved because we have kept all the rules, we trust ourselves and our own efforts, and we are condemned by our failure to fully comply, for “there is none righteous, no, not one” (Romans 3:10).

God has rules, and they must be kept. “The royal law” contains rules: “Do not commit adultery . . . Do not murder” (James 2:8–11). They are not arbitrary rules. They are given for our benefit by One who both knows and wants what is best for us, but they are rules. Persistently willful transgressors are condemned, not justified.

He who breaks God’s rules is broken by them. They are not transgressed with impunity. —Adapted, Cecil May, Jr.