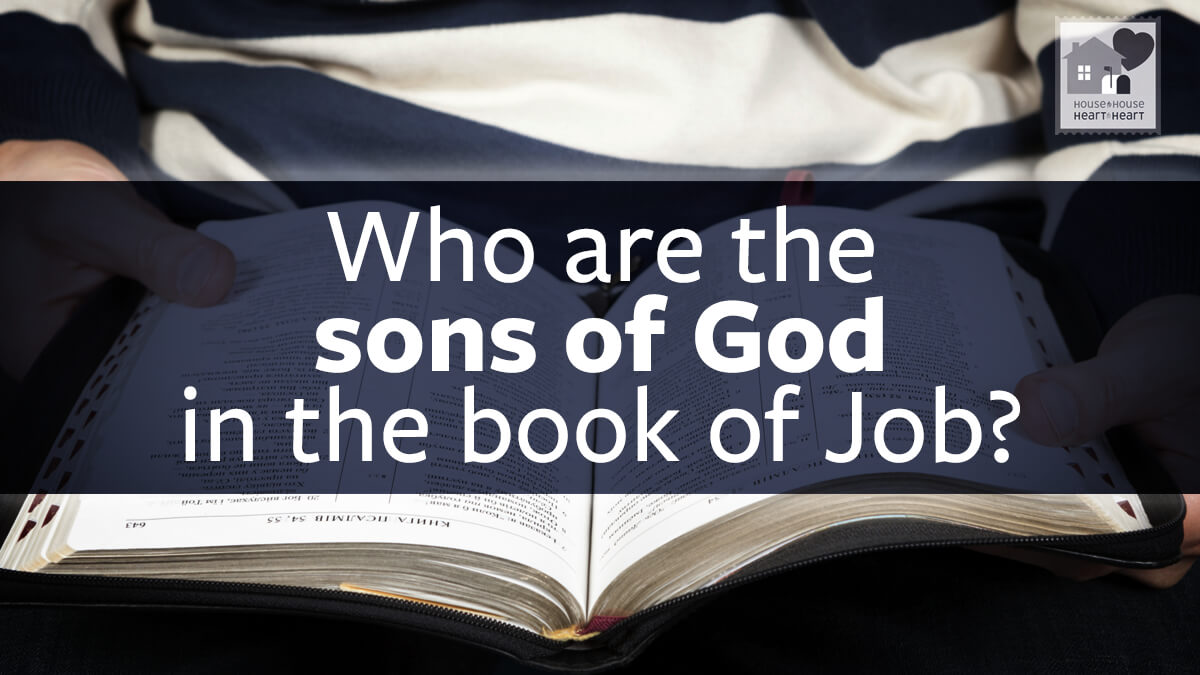 Home Bible Questions Who are the sons of God in the book of Job?

Almost every reference in the Bible to “sons of God” refers to men who live in harmony with the will of God. However, I believe the three instances of the sons of God found in Job (Job 1:6; Job 2;1; Job 38:7) refer to angels.

I would be inclined to believe the first two references to “sons of God” in Job were devout, pious men were it not for the reference in Job 38:7. Both “the morning stars” and “sons of God” refer to angels, a figure of speech called a Hebrew parallelism. Therefore, to be consistent, I must accept that the phrase “sons of God” means the same thing in chapters 1 and 2 as it does in chapter 38.

Additional study on “sons of God”

Genesis 6:1-3
“And it came to pass, when men began to multiply on the face of the earth, and daughters were born unto them, That the sons of God saw the daughters of men that they were fair [beautiful, NKJV]; and they took them wives of all which they chose. And the Lord said, My spirit shall not always strive with man, for that he also is flesh: yet his days shall be an hundred and twenty years.”

“Sons of God” here cannot refer to angels, as some modern translations (TEV, CEV) have led people to believe. Jesus said those in the resurrection “neither marry, nor are given in marriage, but are as the angels of God in heaven” (Matthew 22:30). The phrase “sons of God” is found eleven times in the King James Version: twice in Genesis, three times in Job, and six times in the New Testament. Other than its usage in Job, the term refers to those who follow after God and keep His Word. Paul wrote to the brethren at Rome, “For as many as are led by the Spirit of God, they are the sons of God” (Romans 8:14). Paul encouraged the Philippian brethren to “be blameless and harmless, the sons of God, without rebuke, in the midst of a crooked and perverse nation, among whom ye shine as lights in the world” (Philippians 2:15). The beloved John wrote, “Behold, what manner of love the Father hath bestowed upon us, that we should be called the sons of God” and, “Beloved, now are we the sons of God” (1 John 3:1, 2).

In contrast, the “daughters of men” gives reference to women who cared nothing for the ways of God. The phrase “of men” often refers to the ways of worldliness and unrighteousness, especially when contrasted with the phrase “of God.” In Genesis 11, Moses records the activities of the “sons of men” (v. 5) as they sought to build a city with a great tower “whose top is in the heavens lest we be scattered abroad over the face of the whole earth” (v. 4). This violated God’s commandment to “fill the earth” (Genesis 1:28). Finally, Peter wrote that a Christian should no longer “live the rest of his time in the flesh for the lusts of men, but for the will of God” (1 Peter 4:2).

In this account, the righteous “sons of God” overlooked the wickedness of the “daughters of men” in favor of their great beauty. James G. Murphy, in his commentary on Genesis said, “The godly took them wives of allnot for the godliness of their lives, but for the goodliness of their looks.” This lack of godly discretion in choosing a mate caused these sons of God to lose favor with the Almighty. This is evident from Genesis 6:3 where the Lord said, “My Spirit shall not strive with man forever.”