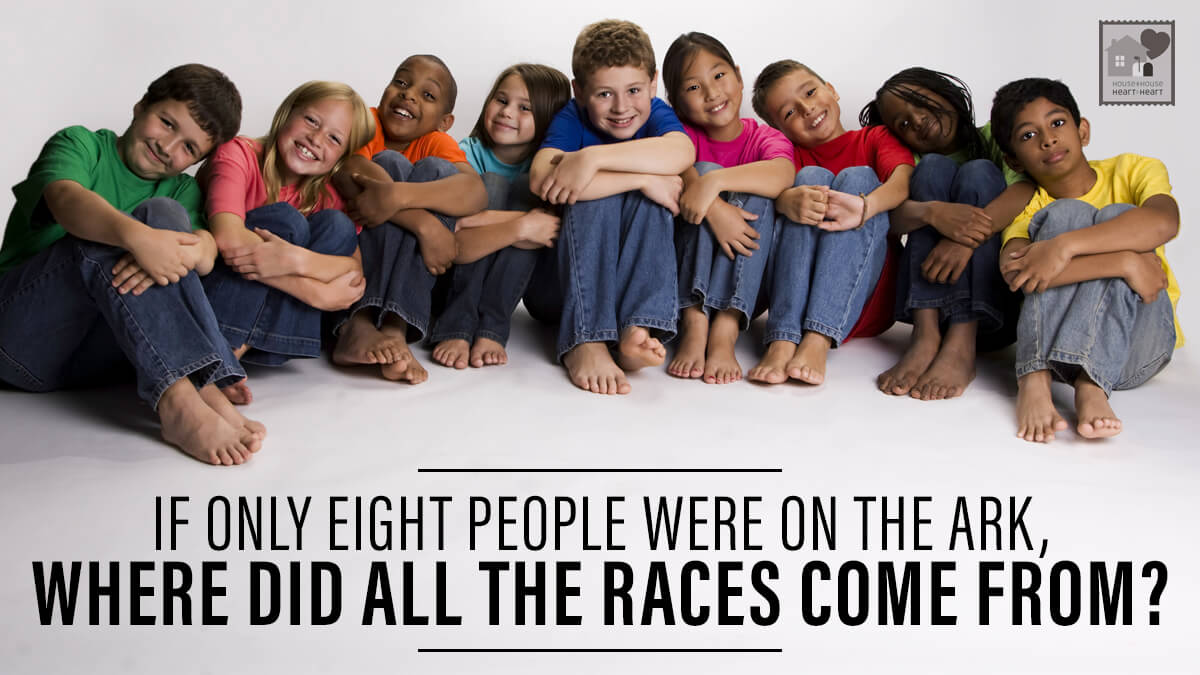 Home Bible Questions If only eight people were on the ark, where did the races...

The census of those on the ark included Noah, Shem, Ham, and Japheth, Noah’s wife, and the three wives of his sons (Genesis 7:13). With these four men and four women, the earth was repopulated after the flood.

The Bible does not tell us when the races originated. It is possible that the races developed from the division of mankind at the tower of Babel, although Moses only says that God confounded their language and scattered them abroad (Genesis 11:1-9). As people scattered and separated, the races could have developed from the gene pool in each area. As people intermarried within a region, certain racial characteristics developed, as well as individual languages.

Modern science has tried to differentiate among the races, recognizing four basic races: Caucasoid, Mongoloid, Negroid, and Australoid. The problem with these classifications, however, is that the dominant characteristics that are specific to a race, such as skin color or hair type, are found in the other racial groups. Skin color, the most obvious racial characteristic, is determined primarily by the amount of melanin in the skin. Thus a “white” person may actually have darker skin than a “black” person. Although general racial characteristics may predominate among certain populations, all human beings are part of the same species, the human race.

We know that all humans came from the original man and woman, Adam and Eve, and that all living human beings are descendants of Noah and his family. Paul declared that God “made of one every nation of men to dwell on all the face of the earth” (Acts 17:26). The words “of one,” literally mean “out of one male,” thus all mankind has descended from Adam.

Since all humans descended from the eight people on the ark, then all racial characteristics must have been available in the genetic makeup of Noah and his family. It is likely that Noah’s family members were a combination of all modern day races. The separation into current races was gradual over time.

Since all humans descended from the eight people on the ark, then all racial characteristics… Click to Tweet

Neither the biblical nor the non-biblical evidence supports the evolutionary theory, coming from racial prejudice, that the races descended from different primates or “pre-human” men. Since all races of humans can intermarry, all humans are interrelated. —Bob Prichard