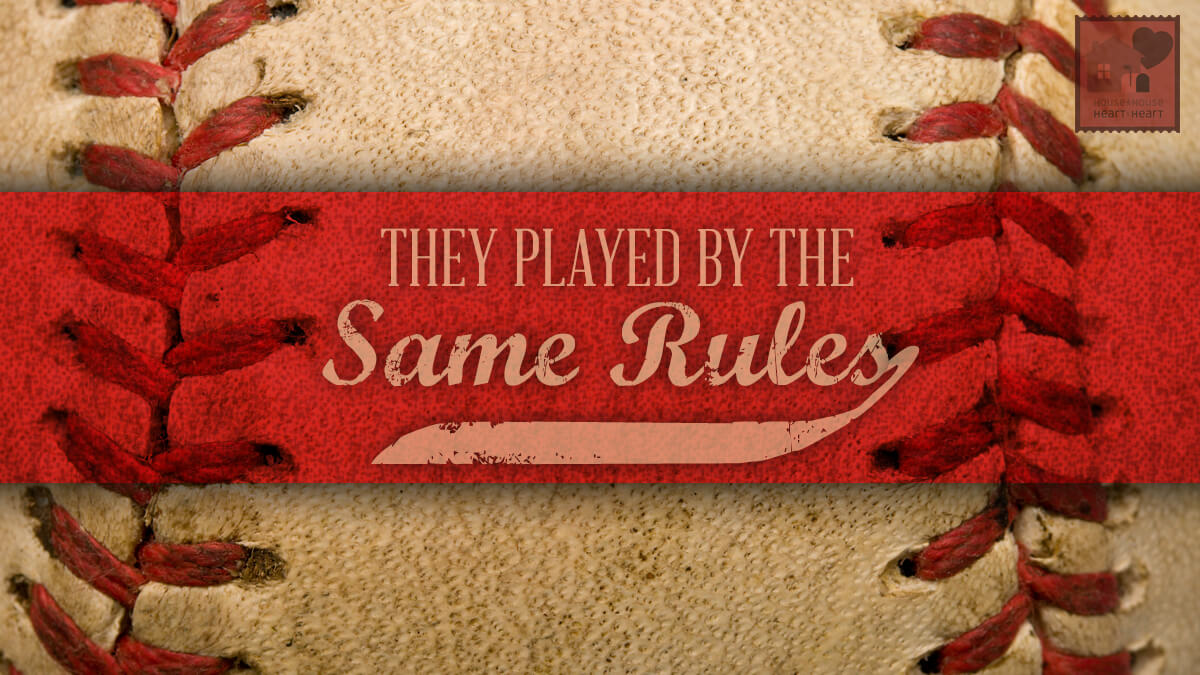 Home Bible Study They Played By the Same Rules

It was historic! It had been more than forty years since it had last happened; but, in this generation of seeing walls come down and records broken, it was not really surprising. Perhaps you saw some of it. I speak of the baseball game between the Cuban National team and the Baltimore Orioles. It happened on May 28, 1999 in Cuba. Fidel Castro himself attended, attired in his official garb, and watched the activities with the mostly solemn crowd of by-invitation-only fans.

The Orioles eventually won. What was amazing was that both teams played by the same rules and no disagreements broke out. Why was this amazing? Because these teams came from different cultures, lived under opposite forms of government, and spoke different languages. Sure, a few could speak the other’s language, but, by and large, they were from different worlds. Yet, the game went off without a hitch. Why? The reason is simple: they had one rule book to govern what they did. The standardized rules of baseball are the same in Cuba as in the United States; they are the same in Spanish as in English. The language barrier did not prevent them from playing the same game. The culture barrier did not hinder their competing in the same fashion.

Spiritually speaking, we have one “rule book” (2 Tim. 3:16,17; 2 Pet. 1:3). The Bible says the same thing to every individual (2 Pet. 1:20). Why is it, then, that there are so many people “playing by different rules?” To answer simply, it is because of a lack of respect for the authority of God’s Word (1 Chron. 15:13). What would have happened in the historic game if the Cubans had decided to interpret the rulebook how they wanted and the Orioles had done the same? There would have been total chaos and confusion—which is exactly what happens when men turn away from the only source of authority in religion.

God is not the author of confusion (1 Cor. 14:33); in fact, He wants us all to “speak the same thing,” be “perfectly joined together,” and be of the “same mind and judgment” (1 Cor. 1:10). Man—not God—is the author of division and confusion in the religious world. In an attempt to make religion more pleasing to himself, man has modified, altered, changed, added, and deleted what God said. This amounts to a serious lack of respect for God.

The Cuban Nationals and the Baltimore Orioles would never have been able to play the game of baseball had they adopted the ideas of the religious world.

If two baseball teams can see the need for authority and seeing matters alike, why can’t we in the religious… Click to Tweet

If two baseball teams can see the need for authority and seeing matters alike, why can’t we in the religious world? Think about it… —adapted from Eddy Gilpin