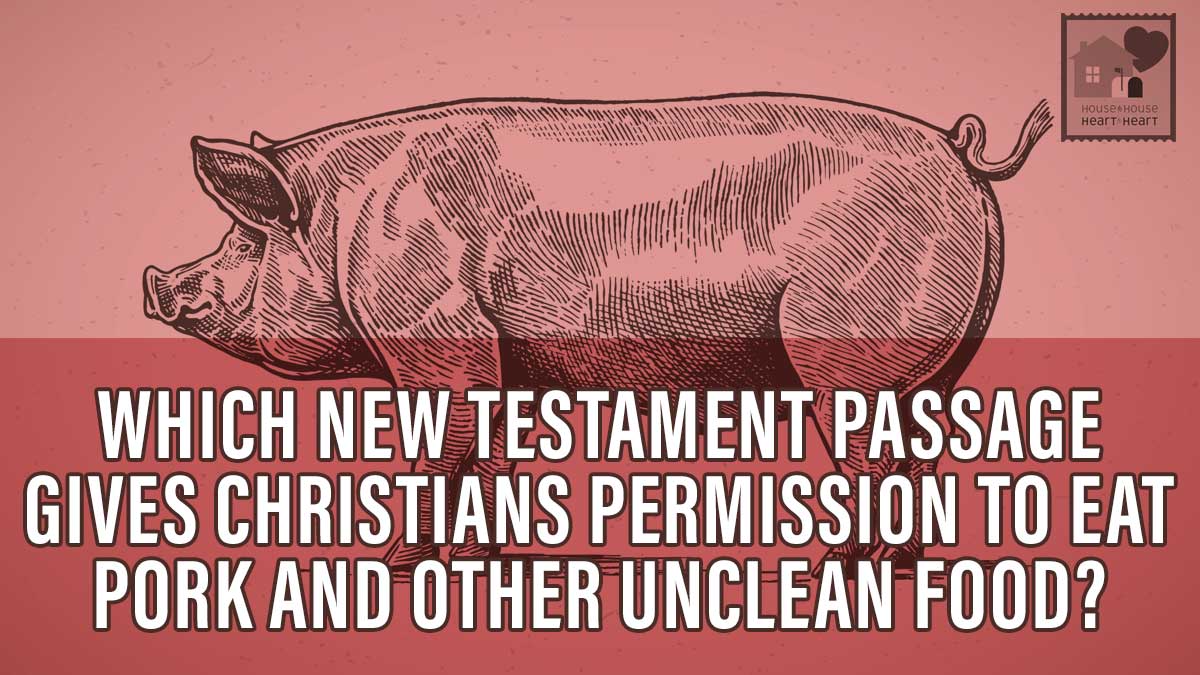 While the Jews were subject to various food laws, forbidding to eat several types of food (e.g. pork), the Christian is under no such restriction today.

Matthew 15:17-20
“Do not ye yet understand, that whatsoever entereth in at the mouth goeth into the belly, and is cast out into the draught? But those things which proceed out of the mouth come forth from the heart; and they defile the man. For out of the heart proceed evil thoughts, murders, adulteries, fornications, thefts, false witness, blasphemies: These are the things which defile a man: but to eat with unwashen hands defileth not a man.” KJV

Mark 7:15-19
“There is nothing outside the man which can defile him if it goes into him; but the things which proceed out of the man are what defile the man. [” If anyone has ears to hear, let him hear.”] When he had left the crowd and entered the house, His disciples questioned Him about the parable. And He said to them, “Are you so lacking in understanding also? Do you not understand that whatever goes into the man from outside cannot defile him, because it does not go into his heart, but into his stomach, and is eliminated?” (Thus He declared all foods clean.) NASB

1 Timothy 4:1-5
“Now the Spirit speaketh expressly, that in the latter times some shall depart from the faith, giving heed to seducing spirits, and doctrines of devils; Speaking lies in hypocrisy; having their conscience seared with a hot iron; Forbidding to marry, and commanding to abstain from meats, which God hath created to be received with thanksgiving of them which believe and know the truth. For every creature of God is good, and nothing to be refused, if it be received with thanksgiving: For it is sanctified by the word of God and prayer.” KJV

You might read some of the other questions on this site that deal with the doing away of the Old Law.