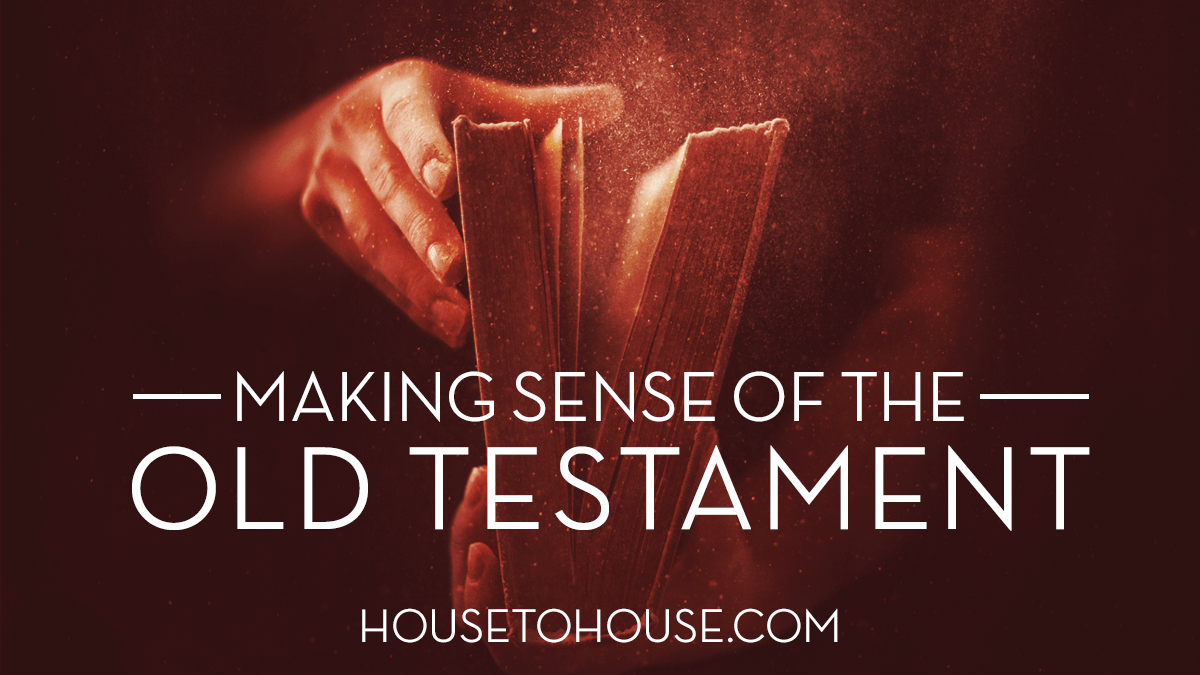 Some books you can take or leave one way or the other, and it won’t make much difference. The Bible is not in that category. If you ‘leave’ it, you’ve lost the most important body of information in the world-and the key to your access to heaven. If you ‘take’ it (to be the Word of God), you labor under the serious responsibility of understanding as much of it as you possibly can.

For many, though, understanding the Bible is a task so seemingly daunting that ‘making sense of it’ lies beyond them-at least in their minds. The wonderful fact is, however, if one has a grasp of a few basic concepts of the plan of the Bible, he can, in a relatively brief time-period, achieve an understanding of the overall design of the sacred volume, and watch the pieces fall delightfully into place. God has not made His Word so difficult to comprehend that it lies beyond the person of average intellect.

The Hebrew people were accustomed to dividing the Old Testament Scriptures into segments for convenience sake. Jesus referred to ‘the law of Moses, and the prophets, and the psalms’ (Luke 24:44), or ‘the law’ and ‘the prophets’ (Matthew 5:17), or ‘Moses and the prophets’ (Luke 16:31). In modern times, for expediency sake, we categorized the Old Testament as: Law, History, Poetry, Prophecy, with this final segment being viewed as Major and Minor Prophets (due to their relative lengths). A brief consideration of each of these categories can be helpful to the Bible student.

The first five books of the Bible (Genesis through Deuteronomy, often called the Pentateuch) constitute the Law section. Genesis is the ‘book of beginnings,’ providing the record of the world’s origin, the creation of the human family, man’s fall into sin, and the commencement of the unfolding of Jehovah’s scheme of redemption. It especially focuses on the roles of Abraham, Isaac, Jacob, and Joseph in the divine plan. Exodus tells of the giving of the law of Moses to the Israelite people, and how that law defined moral conduct, the regulations for worshipping Jehovah, etc. Leviticus gives special emphasis to the implementation of a sacrificial system and a priesthood, all of which previewed, of course, the atoning work of Christ centuries later. Numbers was a general record of Israel’s wilderness wandering (as a result of their disbelief) for some four decades. And Deuteronomy constituted a rehearsal of the law for the second generation that was to enter the land of Canaan following the death of Moses. These documents are wonderfully foundational to the balance of Hebrew history.

The Books of Jewish History

The next dozen books are primarily historical in thrust. Joshua is the record of Israel’s conquest of Canaan, while the book of Judges covers the administration of fifteen rulers who governed the Hebrews over a span of some three and one-half centuries. Ruth contains the delightful story of an ancestress of Christ during this era. The books of 1 and 2 Samuel chronicle the legacies of Samuel, the last ‘judge,’ and the reigns of Saul and David, the first two kings of Israel’s ‘united’ monarchy. The books called 1 and 2 Kings survey the reign of Solomon, and the division of the nation (into Israel and Judah) following Solomon’s death. Then there are the narratives known as 1 and 2 Chronicles. These documents were intended to rehearse (for the post-Babylonian-captivity generation) the administrations of David and Solomon, and the fate of the Hebrew nation (as it divided and drifted from the divine standard into a state of apostasy). As a judgment from God, Israel (the northern kingdom) was vanquished by Assyria, and Judah was conquered by the Babylonians. The books of Ezra and Nehemiah record the three returns of Judah from the seventy-years era of Babylonian captivity, while Esther details the providential preservation of the Persian Jews during a time of great danger.

There are five books in the poetry section of the Old Testament. This is not surprising in that by means of poetry man exposes the depth of his emotions. The poetic books of the Old Testament reveal much about God, and how intense human devotion for the Creator can become. The book of Job, largely poetical, has to do with a noble man of the patriarchal era who demonstrated that, in spite of the anguish of human suffering, the Lord is worthy of man’s devotion. Psalms is a collection of 150 songs (73 of which are attributed to David) that emphasize great truths about Jehovah, His redemptive interest in humanity, and the various authors’ relationship with the Lord.

Proverbs represents a collection of wise sayings (about 800 of which were authored by Solomon). They focus on the application of divine wisdom to various life experiences in a world tarnished by sin. The Book of Ecclesiastes, most likely written by Solomon, argues the case that earthly goals (e.g., the accumulation of human wisdom, wealth, position, power, accomplishment) lead only to frustrating dead ends. Real happiness is achieved in serving God. The Song of Solomon celebrates the joy of wedded love; it illustrates the value of marriage in cementing male/female relationships.

‘Prophecy’ is the forth-telling of a message from Jehovah. It may entail the recording of ancient events unknown by personal human experience (e.g., the creation of the Universe). Prophecy may take the form of a survey of current events (with a view to correction), or it may be predictive in thrust, i.e., it may reveal future things that only deity could know. The first five prophetic books are longer.

The book of Isaiah foretells judgments to be visited upon Israel due to the nation’s transgression of the law of God. Happily, however, it also previews the great spiritual deliverance to be effected ultimately by the work of the Messiah. Jeremiah depicts the tender invitation from the Lord to the people of Judah who had dredged themselves deeply into sin. It foretells the coming Babylonian captivity, but also offers hope in view of the eventual era of the new covenant. Lamentations is really a sequel to Jeremiah, expressing poetical anguish over the fall of Jerusalem in connection with the Babylonian assault.

The book of Ezekiel was written in Babylon during the days of the captivity. It rebuts the testimony of false prophets who argued that Judah’s confinement would not last the full 70 years, as Jeremiah had predicted. It also is highlighted with Messianic hope. Daniel, likewise written in the days of the captivity, affirms the sovereignty of the Almighty over the world’s super-powers. In spite of the Hebrews’ affliction, the kingdom of God will come and triumph over its foes.

The concluding twelve books of the Old Testament are called the ‘Minor Prophets.’ Some of them address conditions in the northern kingdom of Israel; others are directed principally to Judah. Some are more generic in direction. The book of Hosea is a document of great pathos. Jehovah with deep love for His people, pleads with northern Israel to return to Him from the nation’s gross wickedness. Hosea’s unfaithful wife is used as the background for the narrative.