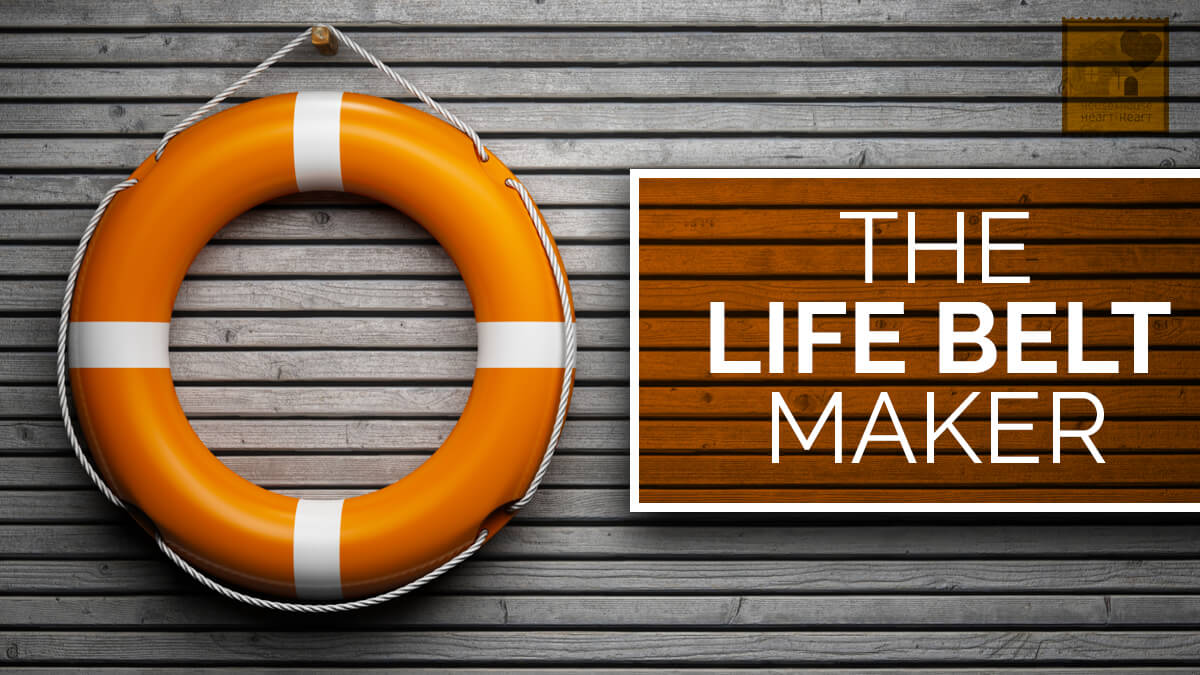 The USS Astoria (C-34) was the first U.S. cruiser to engage the Japanese during the Battle of Savo Island, a night of action fought 8–9 August 1942. Although she scored two hits on the Imperial flagship Chokai, the Astoria was badly damaged and sank shortly after noon, 9 August.

About 0200 hours a young Midwesterner, Signalman 3rd Class Elgin Staples, was swept overboard by the blast when the Astoria’s number one eight-inch gun turret exploded. Wounded in both legs by shrapnel and in semi-shock, he was kept afloat by a narrow life belt that he managed to activate with a simple trigger mechanism.

At around 0600 hours, Staples was rescued by a passing destroyer and returned to the Astoria, whose captain was attempting to save the cruiser by beaching her. The effort failed, and Staples, still wearing the same life belt, found himself back in the water. It was lunchtime. Picked up again, this time by the USS President Jackson (AP-37), he was one of 500 survivors of the battle who were evacuated to Noumea.

On board the transport, Staples, for the first time, closely examined the life belt that had served him so well. It had been manufactured by Firestone Tire and Rubber Company of Akron, Ohio, and bore a registration number.

Given home leave, Staples told his story and asked his mother, who worked for Firestone, about the purpose of the number on the belt. She replied that the company insisted on personal responsibility for the war effort and that the number was unique and assigned to only one inspector. Staples remembered everything about the lifebelt, and quoted the number. It was his mother’s personal code and affixed to every item she was responsible for approving.