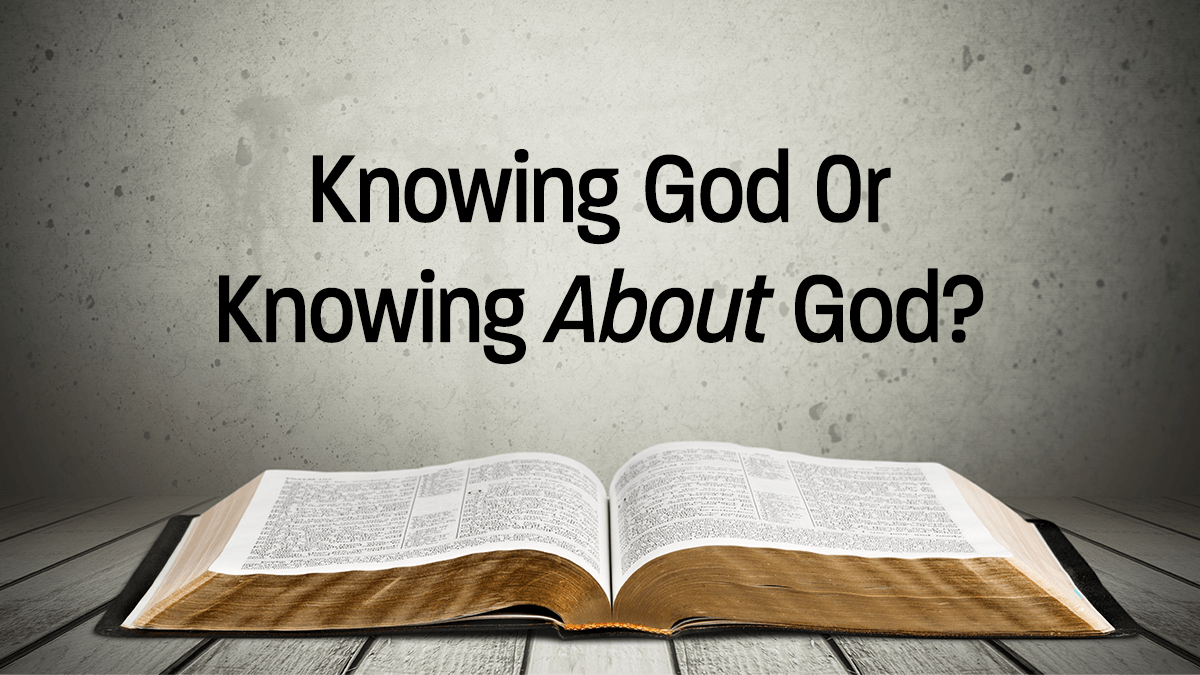 Many know about God who do not know God.

The Prince of Granada was sentenced to Madrid’s old and infamous prison, The Place of Skulls, in fear that he might aspire to the throne.

For thirty-three years he remained in solitary confinement with but one book to read—the King James Bible. He read it hundreds of times, but what did he learn?

He knew all these things, but he never became a Christian! What a difference there is in head knowledge and heart knowledge. It is a tragedy for one to spend hours in study and not make any application of that which is read.

Parade magazine once carried a story about a little village church in Kalinovka, Russia, where attendance at Sunday school picked up after the minister started handing out candy to the peasant children. One of the most faithful was a pug-nosed, pugnacious lad who recited his Scriptures with proper devotion, pocketed his reward, and then fled to the fields to munch on it.

The minister took a liking to the boy and persuaded him to attend church school. He preferred doing this to household chores, so he went. By offering other rewards, the teacher managed to teach the boy all the verses of Matthew, Mark, Luke, and John. He won a special prize for learning all four by heart and reciting them non-stop in a church service.

Sixty years later, he still liked to recite Scriptures, but in a context that would horrify his old teacher. The prize pupil who memorized so much of the Bible was Nikita Khrushchev, the late communist Czar.

Had Khrushchev come to understand and appreciate the great truths he worked so diligently to memorize, how different the attitude of the whole of Russia might have been. But all his efforts were only “building on the sand.” Jesus said (in some of the verses Khrushchev memorized), “Everyone who hears these sayings of Mine, and does not do them, will be like a foolish man, who built his house on the sand; and the rain descended, the floods came, and the winds blew and beat on that house; and it fell. And great was its fall” (Matthew 7:26–27).

Let’s keep in mind the words of the Lord’s half brother: “Be doers of the word, and not hearers only, deceiving yourselves” (James 1:22). —Edsel Burleson