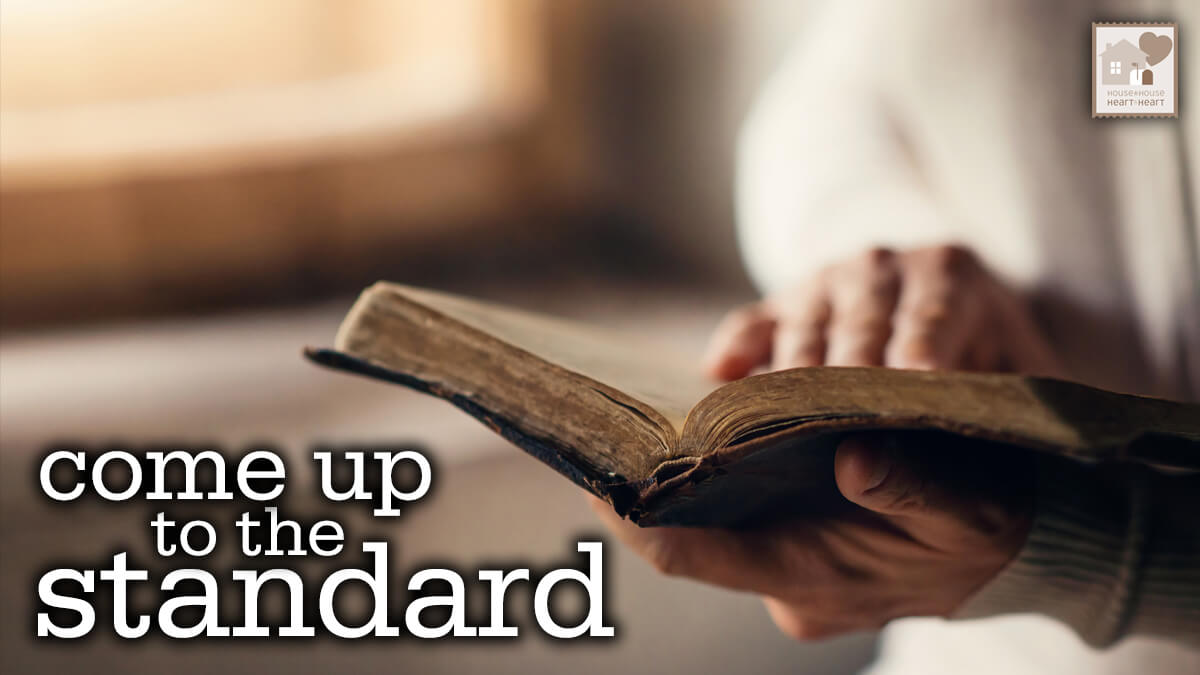 Home Bible Study Come Up to the Standard

Lance Foster tells the story of Confederate troops taking fire from entrenched Union forces on a hill above their position down in a valley. A Confederate officer decided his troops must get out of the valley and take the hill to win the day, so he encouraged his soldiers to take the hill.

The troops were hesitant, so he took the flag in hand and began a wild ride up the hill calling out, “Rally around the flag, men!” Bullets were flying, black smoke was everywhere, but he made it to the top of the hill. Then  he looked around. None of his men were with him.

A few seconds passed. Silence. Then a faint voice answered, “Sir, bring the standard back down to us.”

God has a standard for us, and He has brought it down to us in the form of the Bible. Yet it is not lowered from one generation to another to fit changing cultures. All men shall be judged by it (John 12:48; Romans 2:16; Revelation 20:12).

God is calling out for us to come up to His standard.