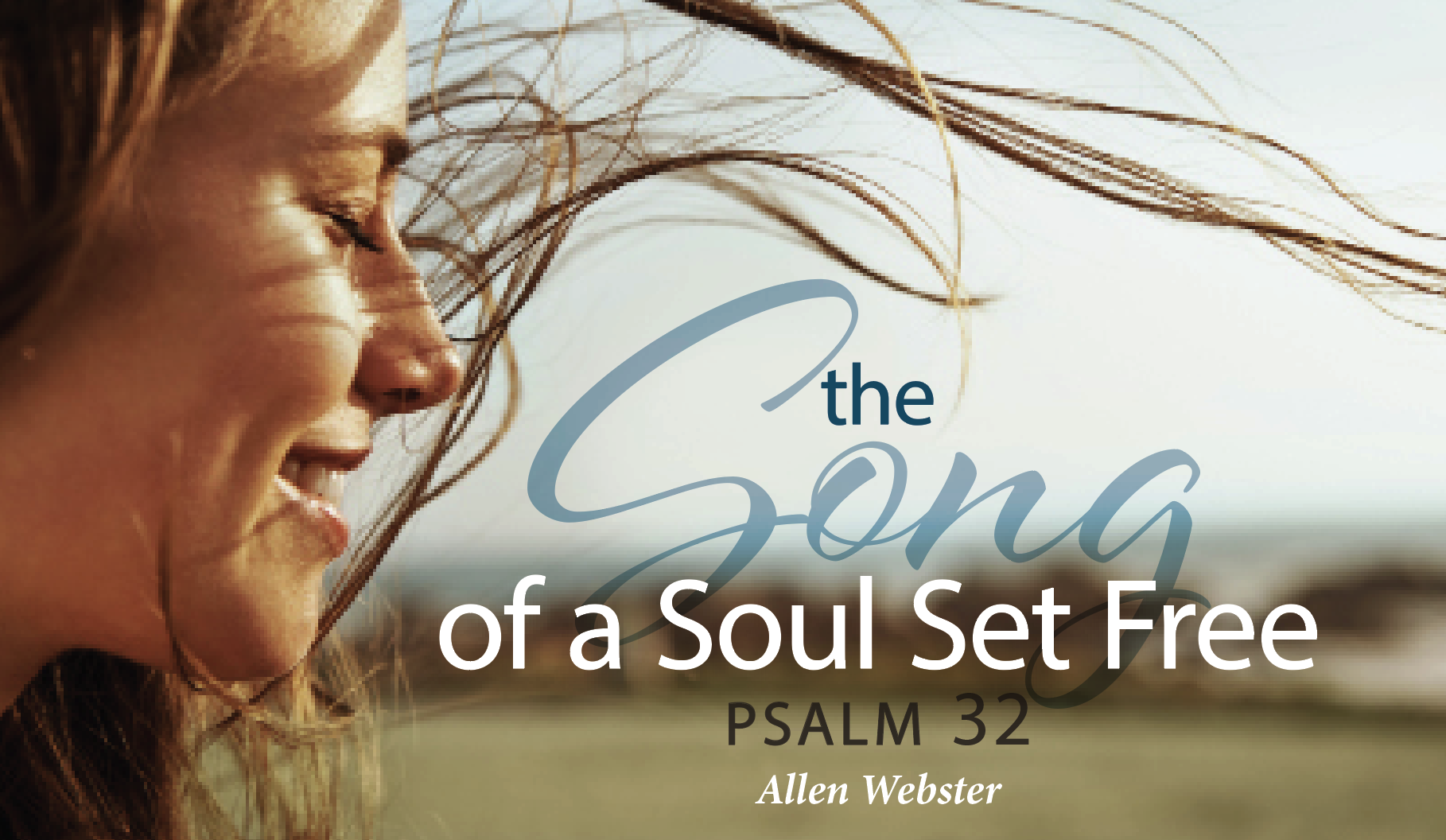 Home Editorial The Song of a Soul Set Free (Psalm 32)

Marghanita Laski, a well-known secular humanist, once said, “What I envy most about you Christians is your forgiveness; I have nobody to forgive me.”1

Eventually, he confessed and requested: “Restore to me the joy of Your salvation” (Psalm 51:12). Psalm 32 shows that his prayer was answered. It teaches that sin brings sorrow, confession brings forgiveness, and forgiveness brings joy.

Therefore, forgiveness is the most important thing to obtain in life. Receiving forgiveness requires faith, repentance, confession, and baptism (Acts 8:35–40). To remain in God’s favor, one must avoid backsliding (Acts 8:22). David is an example of one that fell back into sin.

Psalm 32 is the “Song of a Soul Set Free.” A shipwrecked sailor was rescued. Sitting by the fire, he began to talk. He first spoke of gratitude—how fortunate and thankful he was to be rescued. Next, he told of his shipwreck. Last, he described how these things would change him. David’s psalm follows the same stages in their natural order:

We will never seek God’s forgiveness until we see our behavior as God does. The word sin, in various forms, occurs 825 times in Scripture, averaging once every two pages. David uses three terms for sin:

Transgression signifies apostasy—tearing away from God as a horse breaks its traces and bolts. Sin is rebellion, refusing to submit, going beyond boundaries, departing from God (1 Samuel 15:22–23; Psalm 51:4; 1 Corinthians 8:12; 2 John 1:9–11). It is the prodigal leaving home for the far country (Luke 15:11–32). David’s sin with Bathsheba was unplanned, but his sin against Uriah was premeditated.

Iniquity is moral crookedness; perversion, distortion. It is presenting a false front so one can look good. Its opposite is simplicity and sincerity (2 Corinthians 1:12; cf. John 1:47; 1 Peter 2:1). David’s deceit and guile—cover up, falsehood, hypocrisy—is classic iniquity.

An unpardoned man is a miserable man. Yet unconfessed sin is an unnecessary misery (Genesis 3:8–19; 2 Samuel 11:27–12:12; Jeremiah 31:18–19; Luke 15:15–16). For about a year, David tried to forget what he had done. He craftily hid sin and pretended nothing was wrong, but inwardly he was miserable. He describes his emotions at this time:

He felt like an old man: “When I kept silent, my bones grew old.” Guilt squeezed the energy from him and made him continually tired and ill (32:3–4; 38:2–8). A soul conscious of sin drags along a weary body.

He was heavy with sorrow: “Your hand was heavy upon me.” The king ruled his subjects, but he could not rule his conscience. Perhaps he tried to still its voice by busying himself with state business or entertainment, but there was no joy in work, study, or play.

He felt like land in a drought: “My vitality was turned into the drought of summer.” Sin-stress affects the body. Millions take pills to tranquilize anxiety. Guilt is the number one cause of mental illness and suicide. Psychiatrist Karl Menninger said if he could convince psychiatric patients their sins were forgiven, seventy-five percent could walk out the next day.2

Sin’s price tag is high. Garrison Keillor said, “Guilt is a gift that keeps on giving.” The way of transgressors is hard (Proverbs 13:15).

Guilt is constructive if it produces positive change. Like an electric fence, it can shock one who steps over God’s bounds. Confession means:

Acknowledging sin to God. Guilt is like a huge block of ice. Kept in a dark, cold place it remains hard, but when brought into light, it soon melts. Confession is opening up to God with no attempt to conceal. Some excuse sin as weakness or human nature. A nationally known preacher resigned, explaining: “I stepped over the line of acceptable behavior with some members of the congregation. I tried to face unspecified childhood issues and had been involved in years of denial and faulty coping techniques.”3

David did not say, “How blessed is he whose unspecified childhood issues are forgiven and whose faulty coping techniques are covered. How blessed is the man to whom the Lord does not impute stepping over the line of acceptable behavior.”

David poured out his heart before God. He held nothing back. No unclean thing was hidden in his tent. He opened all rooms and gave God all keys.

Agreeing with God about sin. Before repentance, David and God were on opposite sides. God condemned his sin; David excused it. Confession acknowledges that God is right. The more we see God’s view, the more serious sin is. Sin put Jesus on the cross.

On the Day of Atonement, the high priest laid hands on a scapegoat, signifying transferring a penitent’s sin to the animal which was sent into the wilderness (Leviticus 16:20–22). Jesus is the scapegoat that bore humanity’s sins away (Isaiah 53:6). As the Passover Lamb, He died for sin; His blood fully satisfied God’s demands (John 1:29; Romans 8:1; 3:25–26; Galatians 4:5).

Covered means to put out of sight. Sin is loathsome and shameful (Proverbs 13:5), so God digs a grave and buries it. God’s first act of grace after the fall was to cover the first couple’s shame with clothes (Genesis 3:21). He casts sin behind His back (Isaiah 38:17) and into the sea (Micah 7:19) where grace submerges it beneath the depths. David covered his sins on earth, but he could not cover them in heaven. God’s forgiveness removed his sin’s record from heaven’s book.

Not counted (not imputed) means sin is not charged to our account. God keeps a record of all we do (Matthew 6:12) which will be used at judgment (2 Corinthians 5:10). Sin incurs God’s wrath (Psalm 32:6–10), so after sin, there must either be pardon or punishment. Moses warned, “Be sure your sin will find you out” (Numbers 32:23). Nothing is more terrible than having God for an enemy (cf. James 4:4).

God goes a step further. He not only cancels the debt; He issues a credit. Christ exchanges our sins for His righteousness. Abraham “believed in the Lord, and He accounted [credited]it to him for righteousness” (Genesis 15:6). Justice gets a penalty. Mercy avoids a penalty. Grace gets a reward.

David ends Psalm 32 by contrasting wicked people, who have many sorrows, with the righteous, who are surrounded by love.

A factory in Waterford, Ireland, makes Waterford crystal. The glassware is beautiful, but if dropped, it shatters easily. Even if glued back, it never looks the same. Some see sinners as crystal—lovely till they fall, but always damaged afterward. This underestimates God. His grace remakes us into someone even more beautiful than before.

Won’t you let Him? When the Judge of the Universe pounds His gavel and proclaims, “Not guilty,” an undeserving sinner experiences pure joy.

Come, join us in singing the song of a saved soul.