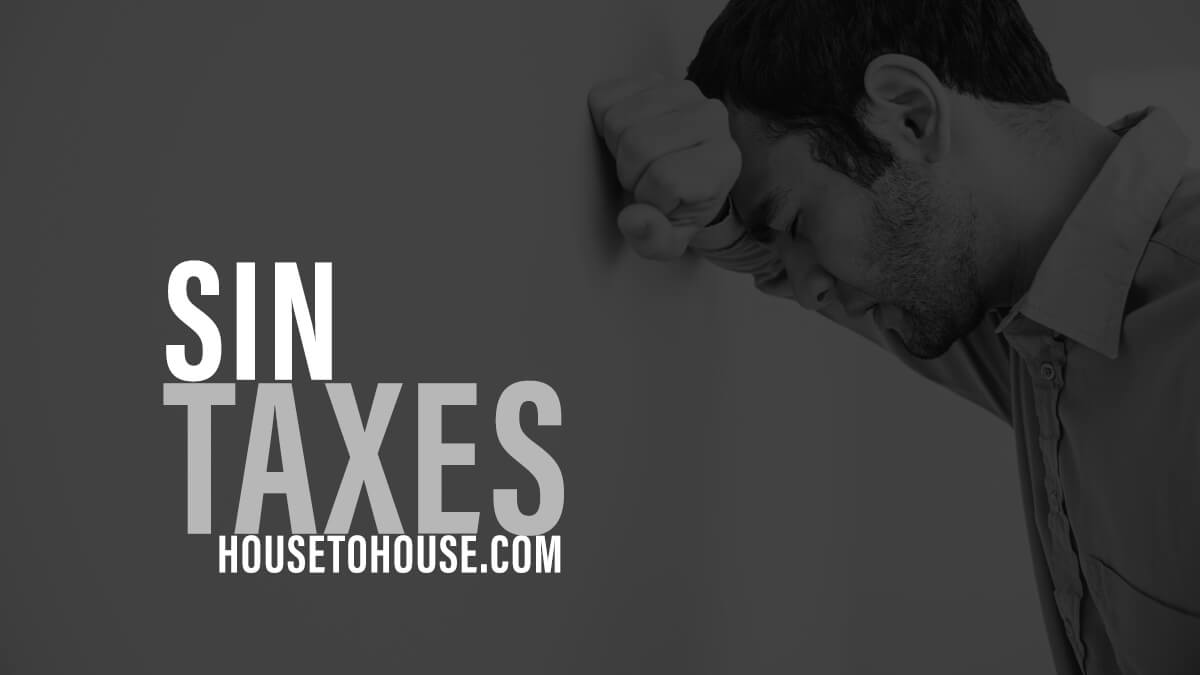 An 89-year-old friend told me, “You can’t win sinning.” Since Adam and Eve got themselves into a jam eating forbidden fruit, billions have learned first-hand that in the end sin, far from satisfying, brings suffering and loss that often cannot be completely repaired. Sin is hard on humans, no matter how fun and appealing the devil and marketing experts can make it look.

A reporter was interviewing a grizzled old man, sitting with his hands folded in his lap, behind his farm house. “Sir, I’d like to know the secret of your long life,” said the reporter.

“Well, I drink whiskey every day, smoke cigarettes all the time, dance wildly every night, and I’ve lived with many different women.”

The reporter was astonished and exclaimed, “That’s remarkable. And exactly how old are you?”

Recently Tennessee state lawmakers debated whether to raise “sin taxes” on such things as alcoholic beverages and tobacco products. The debate was over whether or not we should “tax sin,” but there can be no debate that “sin taxes.”

Sin taxes our homes, our marriages, and our very lives by subjecting them to excessive stress. From sexual immorality to murder to materialism to profanity to prejudice-sin has saturated our society. Prisons bulge with those who discovered too late that “sin taxes.” Adultery at first allures an individual but in the end it assassinates a marriage. Pornography promises pleasure but soon overwhelms with pain and guilt. All of us are paying sin’s taxes-or know someone who is.