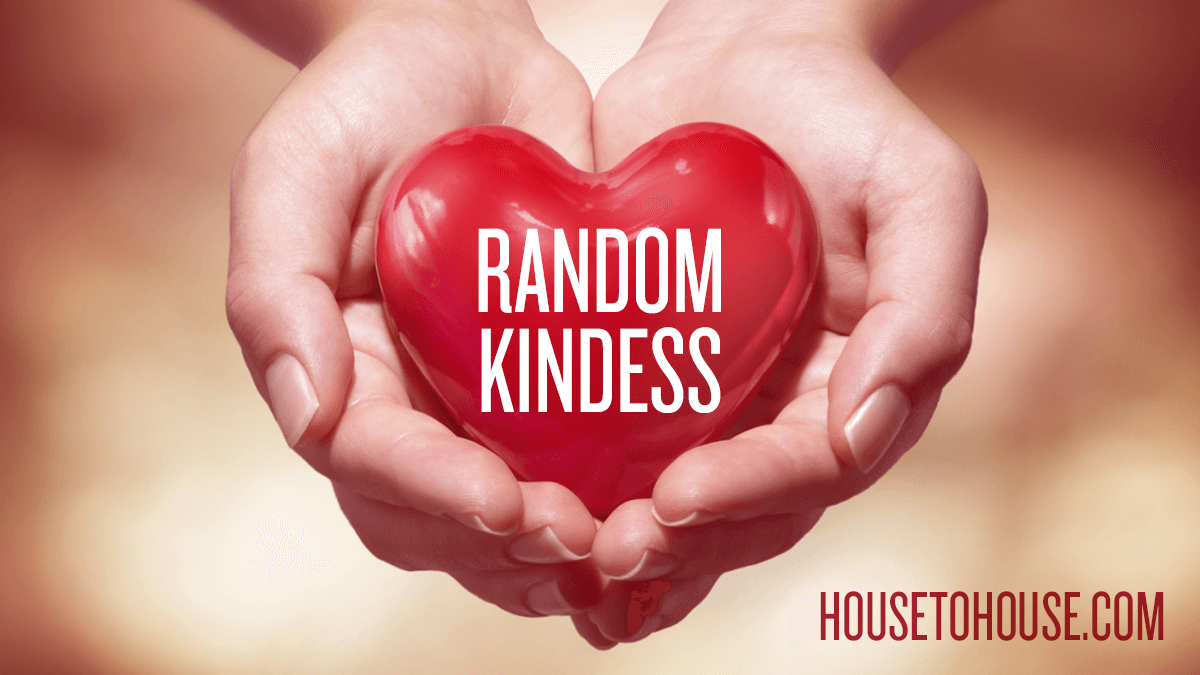 According to the Associated Press, Chuck Wall, a human relations instructor at Bakersfield College in California, was watching the news one day when a cliché from a from a broadcaster stuck in his mind: “Another random act of senseless violence.”

Wall got an idea. He gave an unusual assignment to his students. They were to do something out of the ordinary to help someone and then write an essay about it. Then Wall dreamed up a bumper sticker that said, “Today, I will commit one random act of senseless KINDNESS…Will You?” The students sold the bumper stickers, which a bank and union paid to have printed, for one dollar each, and the profits went to a county Braille center.

For his random act of kindness one student paid his mother’s utility bills. Another student bought thirty blankets and took them to homeless people gathered under a bridge.

The idea took hold. The bumper sticker was slapped on all 113 county patrol cars. It was trumpeted from pulpits, in schools, and in professional associations. After seeing the success of the idea, Chuck Wall commented, “I had no idea it would erupt like it has. I had no idea our community was in such need of something positive.” In this negative and dark world, we each can do acts of kindness to bring some light.