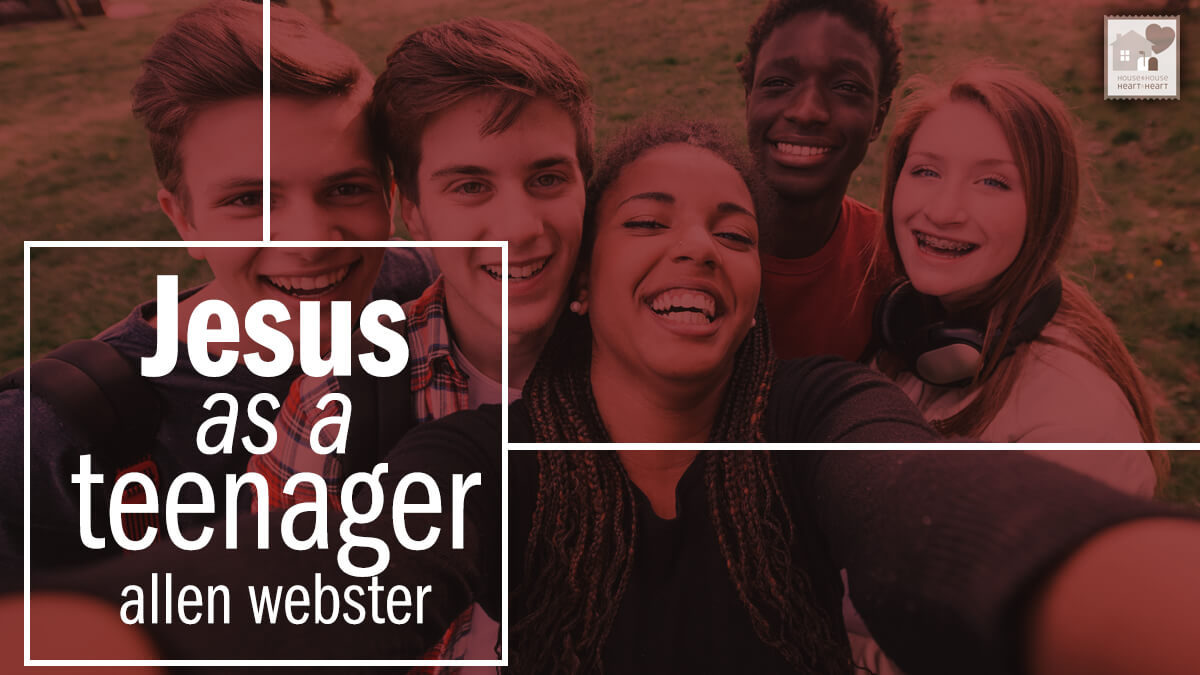 Home Editorial Jesus as a Teenager

Remarkably, Luke 2:39–52 is the only passage that records anything that happened during Jesus’ young years. From the time of His infancy until His introduction to Israel when He was twenty-nine, the Bible gives only this story. However, we learn much about Jesus as a young person in these few verses.

Of the first eleven years of His life, the Bible simply says, “The child grew, and waxed strong in spirit, filled with wisdom: and the grace of God was upon him” (Luke 2:40).

There are four concentric rings describing the situations in which youth learn discipline and obedience:

What one is taught about obeying parents will have a lot to do with success in life. In the early years, children learn what it means to respect authority and to honor superiors. It is said that

These years pass quickly and can never be revisited. Once the child has passed through them, the opportunity to accomplish good results is largely gone forever. The poet expressed it:

I saw tomorrow look at me,
From little children’s eyes,
And thought how carefully we would teach
If we were really wise.

Parents have a wonderful opportunity to make a difference. A child is awake 60,000 hours by the time he is twelve. Of these, he spends about 5,000 in school, about 2,500 in Bible class and worship (if he never missed a service) and 53,000 hours at home.

Jesus followed the example of His parents.

“His parents went to Jerusalem every year at the feast of the passover” (Luke 2:41), and Jesus went with them (2:42). Jewish law required all males twelve and older to attend three annual feasts (Deuteronomy 16:16)—Pentecost, Tabernacles, and Passover. The attendance of females was not forbidden or required (cf. 1 Samuel 1:7, 22, 24). Perhaps Joseph went to all three and Mary went only to the Passover, the greatest of the feasts.

This was Jesus’ first Passover to participate, for a Jewish boy was regarded as “a son of the law” at twelve; that is, at this “Bar Mitzvah” He began to obey religious duties as an adult. At that age, children were thought to be able to “hear with understanding” (Nehemiah 8:2). Though many left after two days, Jesus’ family stayed the week. They must have enjoyed worshiping and were in no hurry to leave.

Jesus and His parents had misunderstandings.

Joseph and Mary supposed Jesus was somewhere in the group heading back home. Friends and relatives traveled together to and from Passover—whole villages often went together. It was a happy, festive time. Since women traveled more slowly than men, they started first and the men caught up with them late in the day. Older children had freedom to play together.

Joseph likely thought Jesus was with Mary (probably had been in previous years), and Mary thought He was with Joseph (she assumed He would now want to travel with the men). When they first missed Him, they must have thought He was somewhere nearby playing with other children. When Jesus did not show up as expected, “They sought him among their kinsfolk and acquaintance.” They must have run through the crowd asking, “Have you seen our Son?” or, “Is Jesus with your children?”

When they did not find Him, they turned back to where they had last seen Him. It took a day to return, so when they got to Jerusalem, He had been missing two days. (A “day’s journey” was twenty to thirty miles depending on the water supply and terrain.) Jerusalem was a big, crowded city during Passover, and it was not until “after three days they found him in the temple” (2:46).

When they found Him, Mary did what any mother would do. She let Him know how concerned they had been: “Son, why hast thou thus dealt with us? behold, thy father and I have sought thee sorrowing” (2:48). We might paraphrase her question as, “Why did you put us through such a fright?” Joseph and Mary had been greatly distressed (“sorrowing”). They may have feared, as Jacob thought of his lost son, Joseph, that “an evil beast hath devoured him” (Genesis 37:33), or that He had fallen prey to some human predator, or even that He had been turned over to the authorities since Herod had tried to apprehend Him as child (Matthew 2:16).

Jesus’ reply contains His first recorded words on earth: “How is it that ye sought me? wist ye not that I must be about my Father’s business?” (2:49). He was not running away; He just had other work to tend to, which He thought they understood. They believed He was the Messiah who would sit on David’s throne, but they thought that would bring Him—much later—to the palace rather than to the temple. They did not realize He would occupy the prophet’s office (Hebrews 1:1–3), starting with this incident.

Jesus went home with His parents and obeyed them (Luke 2:51).

He did not urge His parents either to settle at Jerusalem or to let Him stay without them. He willingly lived in the obscurity at Nazareth. He would have continued to come to Jerusalem for the feasts three times a year, but whether He ever went again into the temple to dispute with the doctors there, we are not told.