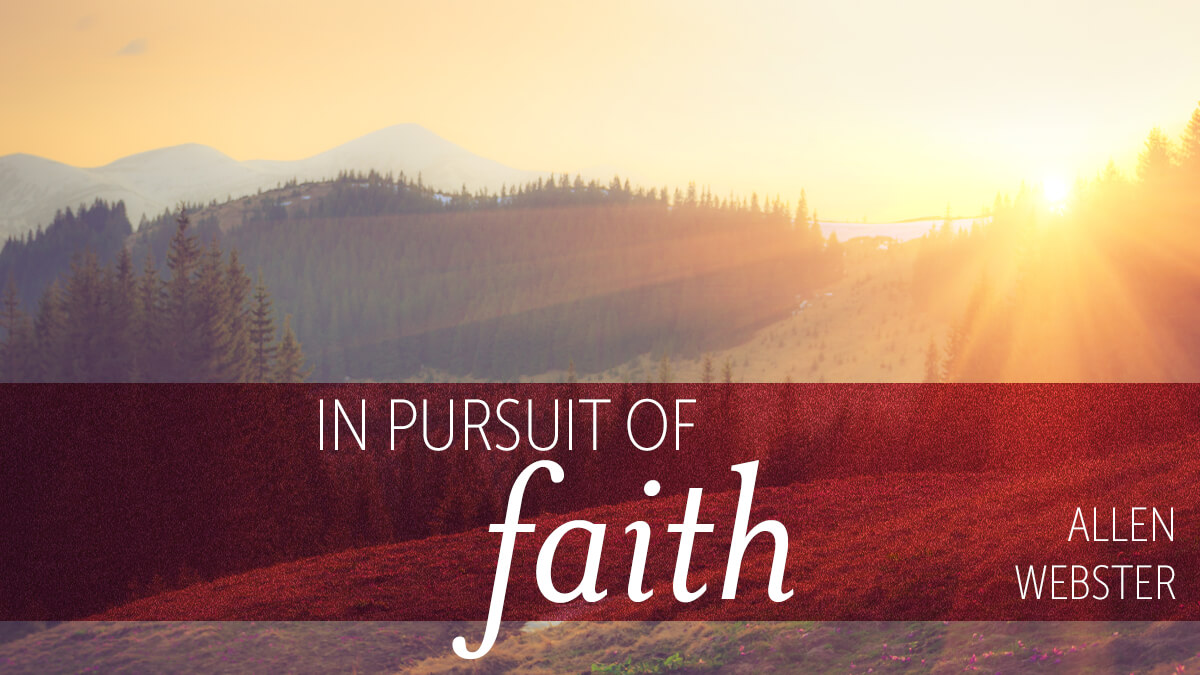 Faith is the confidence that someone or something is reliable. The Bible word (pistis) refers to “assurance, persuasion, conviction” (Strong). By inspired definition, faith is “the substance of things hoped for, the evidence of things not seen” (Hebrews 11:1). Faith is the foundation of our hopes (substance, hupostasis, “a setting under”) and the evidence (elegchos, “proof ”) of things we cannot see.

A preacher’s small son was told by his mother that he should wash his hands because there were germs living in “all that dirt.” He complained: “Germs and Jesus! Germs and Jesus! That’s all I ever hear around this house, and I’ve never seen either one.” To him, “seeing is believing,” but not to a Christian. Jesus promised a blessing on those who believed without visual confirmation (John 20:29; cf. 1 Peter 1:8). At the same time, just because the eye has nothing to see does not mean that the mind has nothing to examine. Faith’s trust is neither optical nor blind (1 Thessalonians 5:21). Though we do not walk by sight (2 Corinthians 5:7), we do not walk in darkness (John 8:12).

“So then faith cometh by hearing, and hearing by the word of God” (Romans 10:17). Faith rests in God’s communication to man.

The writer continues in Hebrews 11:6: “must believe that he is . . .” The Bible does not begin with an apologetic preface defending God’s existence (GenesiHe is the grand “Given” of the cosmos.

Moses simply tells us He is the Creator of all thas 1:1). t we see in the physical world. This world had to start with something. Is it more reasonable to commence with a tiny, lifeless speck or a powerful, self-existent God? The very sky above us screams, “There is a God up here” (Psalm 19:1).

A young skeptic said to an elderly lady, “I once believed in God, but since studying science I am convinced that God is an empty word.”

The lady replied, “Well, I have not studied science, but since you have, maybe you can tell me from whence came this egg.”

“And where did the hen come from?”

“And perhaps,” she said, “you can tell me which existed first.”

“The hen, of course,” rejoined the young man.

“You mean that a hen existed without having come from an egg?”

“Then you mean that an egg existed without having come from a hen?”

He exclaimed, “You’ve got me all mixed up.”

We must believe that God is:

Pick up your Bible and begin the grand journey of faith (Romans 10:17). It leads to the grandest Being in the most marvelous place for the longest period.

There has never been a time when God was not, nor will there ever be a time when He is not. Click to Tweet