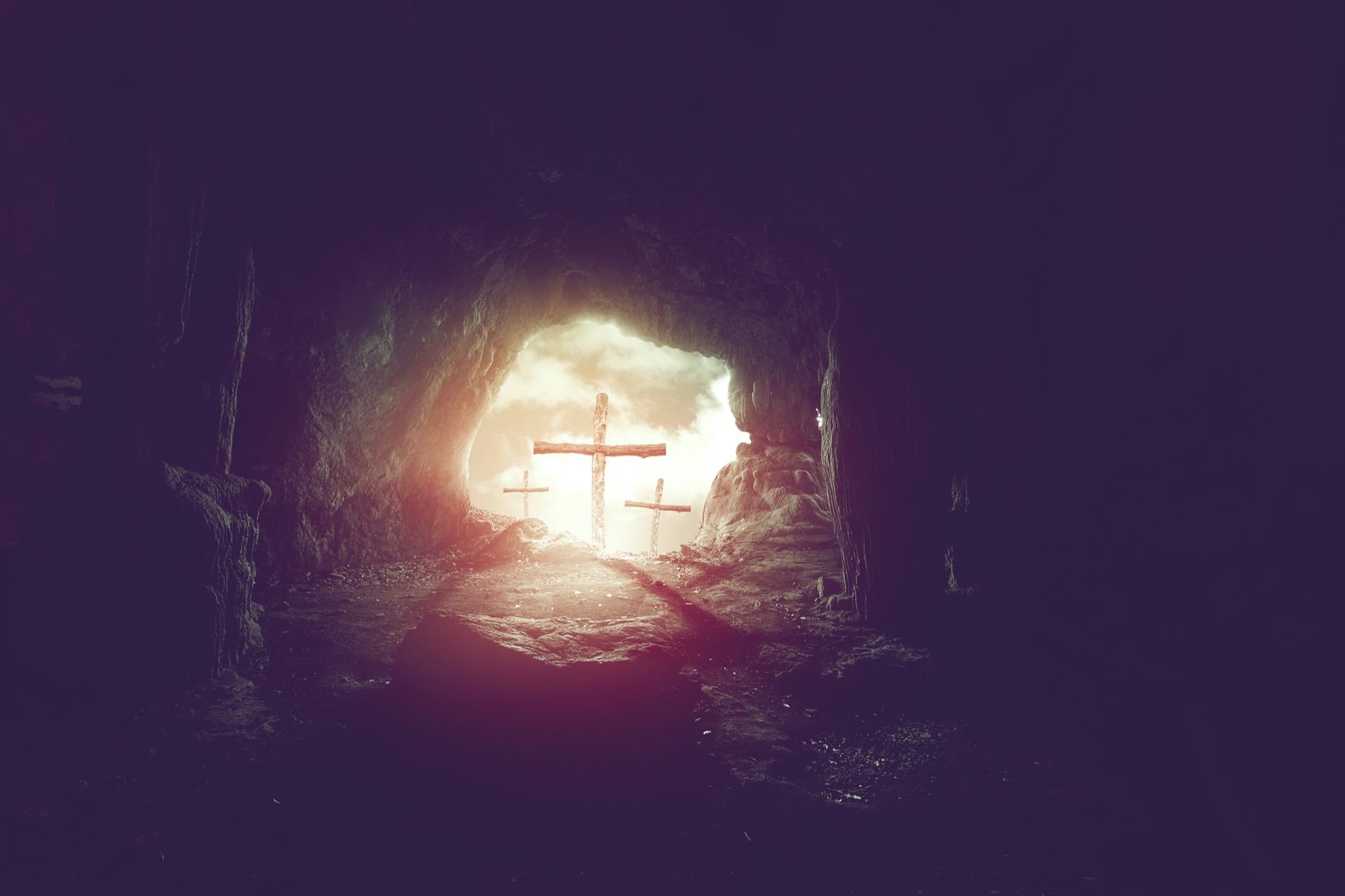 Home The Godhead Jesus If Christ Be Not Raised . . .

It was the sixth hour (high noon), and darkness prevailed until the ninth hour (three o’clock in the afternoon). The earth quaked; the veil of the temple was rent; the soldiers near the cross cried, “Truly this was the Son of God!” (Matthew 27:54). The tombs of the dead split. Amid the darkness of Calvary, the sinless Son of God, dying for the sinful soul of man, bowed His stately head and said, “It is finished”—and died! (John 19:30).

There the grandest drama ever enacted was completed. It began in Eden with the fallen pair and ended in the horrors and tragedies of Calvary. There the remedial system was finished, the scheme of human redemption affected, and the Law, having been fulfilled, ended.

If Christ did not rise from the dead, God could not have given “Him to be head over all things to the church.” Please consider the following:

“Which He worked in Christ when He raised Him from the dead and seated Him at His right hand in the heavenly places, far above all principality and power and might and dominion, and every name that is named, not only in this age but also in that which is to come. And He put all things under His feet, and gave Him to be head over all things to the church, which is His body, the fullness of Him who fills all in all” (Ephesians 1:20–23).

If Jesus did not rise from the dead, neither shall we. He says, “I am He who lives, and was dead, and behold, I am alive forevermore. Amen. And I have the keys of Hades and of Death” (Revelation 1:18). He has the key that will unlock every grave.