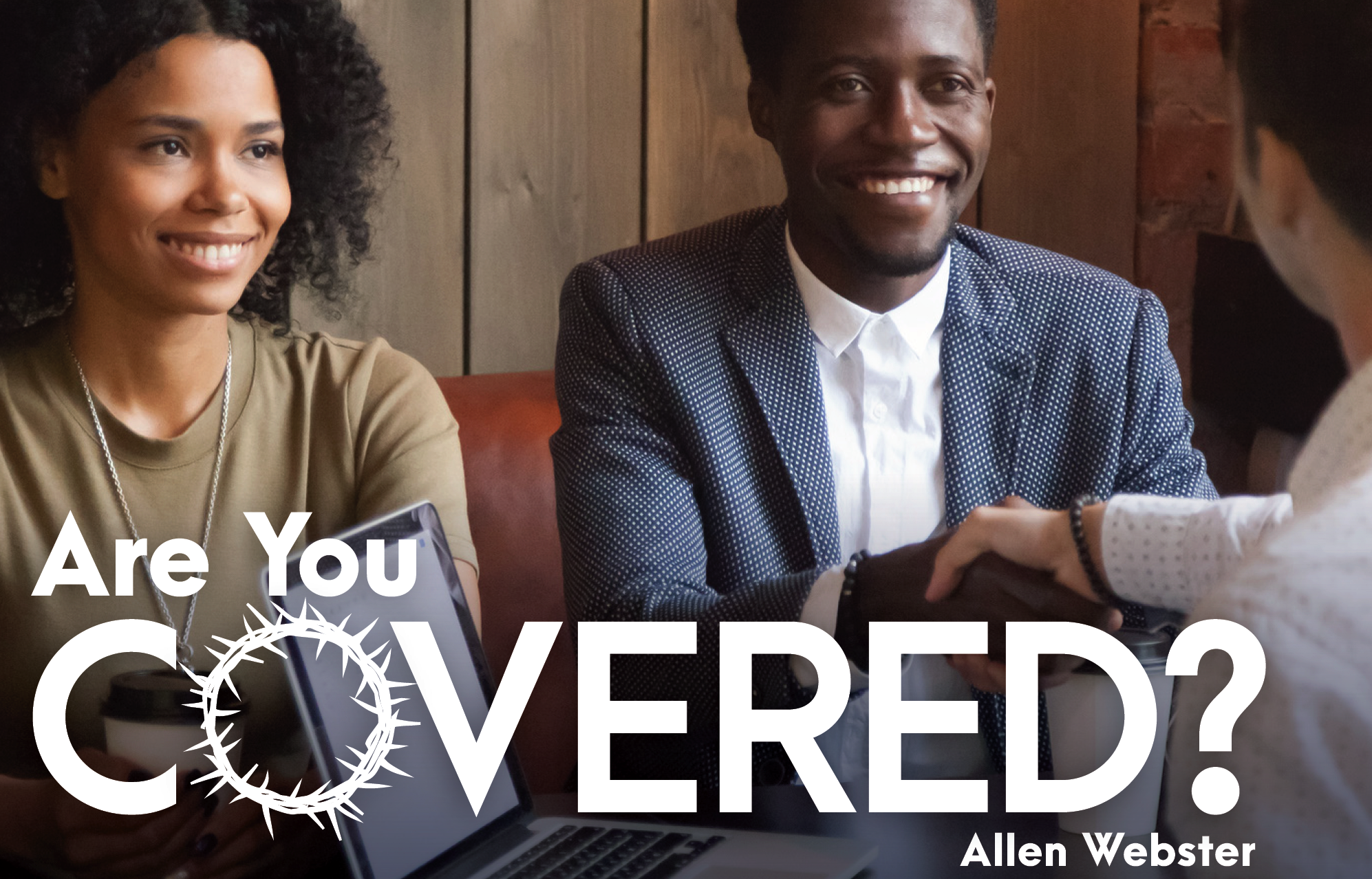 Home Editorial Are You Covered?

In recent months, several natural and unnatural calamities have struck our country and community. Terrorists destroy buildings and lives; planes fall from the sky; evil people have given “hate mail” a new meaning. Periodically, hurricanes “huff and puff and blow our East Coast houses down,” and earthquakes “shake, rattle, and roll” our West Coast structures. A little closer to home, fires often destroy neighborhood houses, storms leave us in the dark, and auto accidents injure those we know.

Usually, upon finding out that no one was injured, we immediately ask, “Were they covered?” We are interested in whether victims had insurance and sympathize the more with those who did not. It multiplies the sorrow of misfortune if there is no starting-over check.

Insurance companies provide a valuable service, and most of us have been wisely counseled by informed agents. They always advise people to take out some coverage—“you never know when you might need it.” Though we do not like to pay the premiums, most of us realize that the potential benefits are worth the price of coverage. We often advise our children to take out a policy, just in case.

There is a spiritual angle to the insurance business.

GOD IS IN THE INSURANCE BUSINESS.

There is a sense in which God is in the insurance business. He promised Moses that He would cover him as He passed by (Exodus 33:22) and Moses promised the tribe of Benjamin, “The Lord shall cover him all the day long, and he shall dwell between his shoulders” (Deuteronomy 33:12). In a beautiful word picture, the psalmist describes God’s protection: “Surely He shall deliver you from the snare of the fowler and from the perilous pestilence. He shall cover you with His feathers, and under His wings you shall take refuge; His truth shall be your shield and buckler” (Psalm 91:3–4).

From His vantage point, God can see an impending disaster worse than any hurricane or earthquake. It will not destroy just one house—or even one town—but the whole earth (2 Peter 3:10). It will not involve only a few hundred or thousand people, but all the people of the whole earth (2 Corinthians 5:10). God is providing coverage for those willing to “pay the premiums.” Jesus put it this way:

For which of you, intending to build a tower, does not sit down first and count the cost, whether he has enough to finish it—lest, after he has laid the foundation, and is not able to finish, all who see it begin to mock him, saying, “This man began to build and was not able to finish”? Or what king, going to make war against another king, does not sit down first and consider whether he is able with ten thousand to meet him who comes against him with twenty thousand? Or else, while the other is still a great way off, he sends a delegation and asks conditions of peace. So likewise, whoever of you does not forsake all that he has cannot be My disciple (Luke 14:28–33).

If God is in the insurance business, then we are His agents. We seek to cover our friends, relatives, neighbors, coworkers, fellow citizens, and, actually, all our “brothers come down from Adam.” Love motivates us. Gratitude sends us. When Noah was uncovered in his tent, Shem and Japheth took a garment and went backwards to cover their father’s shame (Genesis 9:23). They did what love always does—cover the shame of sinners.

The Bible teaches us to do just that:

Love does not sweep sin under the rug. In younger days, our older brothers or buddies from school occasionally pressed us to cover for them to keep them from the wrath of parents or teachers. It never worked. The truth came out, and then we looked as bad as they did. Sin is like a rubber tire—it will not stay buried (Numbers 32:23; 1 Timothy 5:24–25). So, then, what does the Bible mean when it says that love covers all sins? We cover sins by assisting sinners in getting rid of them. James wrote: “Let him know that he who turns a sinner from the error of his way will save a soul from death and cover a multitude of sins” (James 5:20).

The only way to cover one’s sins is to have them erased from the mind of God (Hebrews 8:12). For sinners this is done through faith in His Son (John 3:16), repentance (turning from sinful behavior) (Luke 13:3), confession of faith (Romans 10:9–10), and immersion in water to have sins blotted out (Acts 2:38). For erring Christians, sins are covered by repentance, confession, and prayer (Acts 8:22).

”Blessed is he whose transgression is forgiven, whose sin is covered.” Psalm 32:1