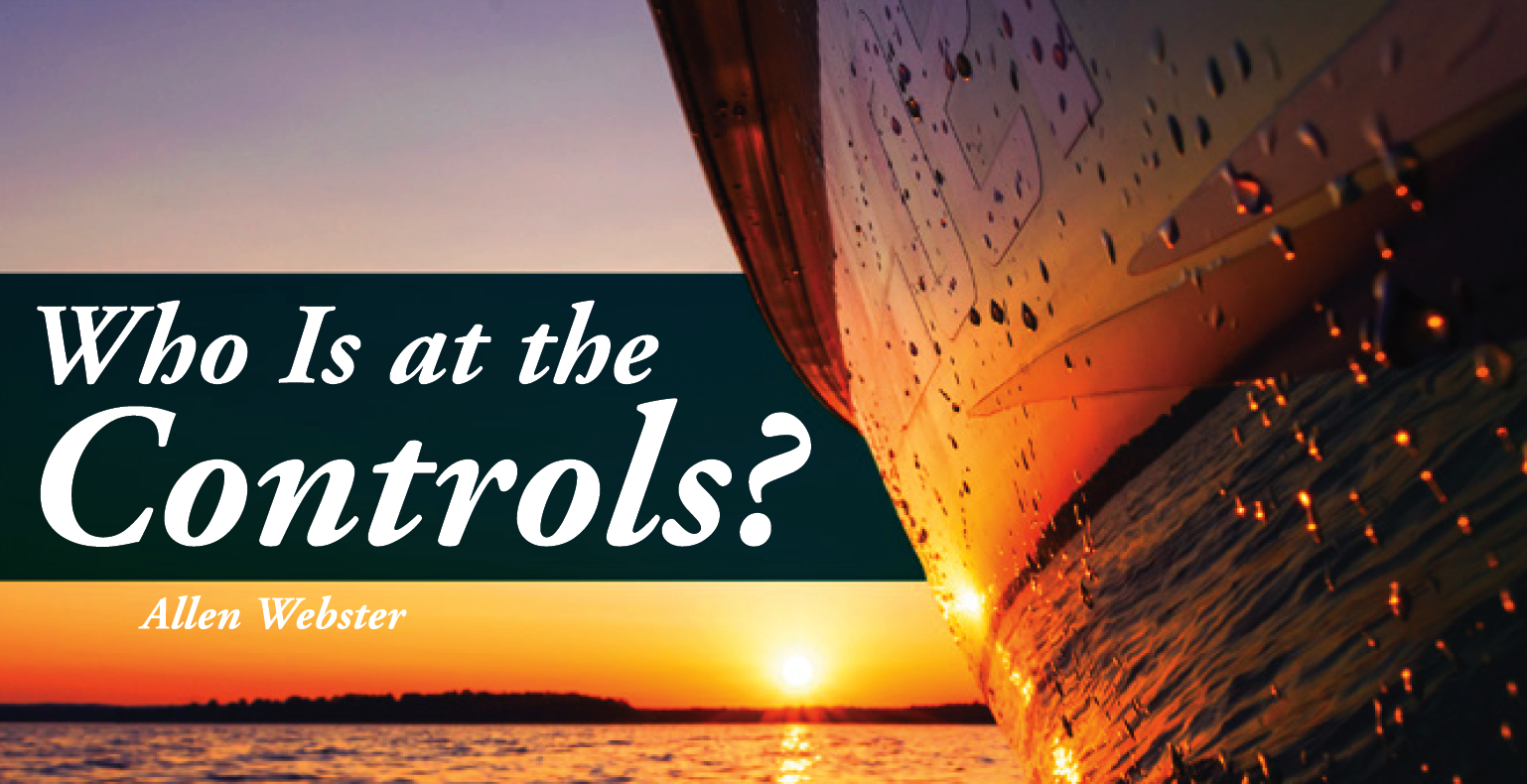 Home Editorial Who is at the Controls?

Decisions determine direction (Joshua 24:15). Direction determines destiny (Matthew 7:13–14). Will we ascend or descend at the judgment? It depends on who makes our decisions.

Invictus is commonly quoted by valedictorians at high school graduations across America. It sums up the philosophy of many youths as they begin their adult lives. It was written by William Ernest Henley, an early humanist who was crippled since his childhood in Gloucester, England. His “Master-of-my-fate-captain-of-my-soul” philosophy was only a little ahead of its time.

Out of the night that covers me,
Black as the Pit from pole to pole,
I thank whatever gods may be
For my unconquerable soul.

In the fell clutch of circumstance
I have not winced nor cried aloud.
Under the bludgeoning of chance
My head is bloody, but unbowed. . . .

It matters not how strait the gate.
How charged with punishments the scroll,
I am the master of my fate;
I am the captain of my soul.

Frank Sinatra’s song “I Did It My Way” is often requested at funerals. From the beginning of adult life to the end of it, many say, “I make my own choices—nobody tells me what to do.”

Bible examples abound of those who had self on life’s throne. Note the personal pronouns of a certain rich man:

What shall I do, since I have no room to store my crops? So he said, “I will do this: I will pull down my barns and build greater, and there I will store all my crops and my goods. And I will say to my soul, ‘Soul, you have many goods laid up for many years; take your ease; eat, drink, and be merry’ ” (Luke 12:17–19).

Self-will took Nebuchadnezzar from his throne (Daniel 4:30–37) and kept Moses from Canaan (Numbers 20:8–12). Felix trembled at the thought of giving control to Christ (Acts 24:25); Agrippa came close to handing over the reins, but not close enough (Acts 26:28). The prodigal is not the only young man who has let such thinking take him to the far country and into the pigpen of sin (Luke 15:11–32).

We will never be able to pull ourselves from the mire into which sin has sunk us. The man who says he is in control of his life is mistaken. The devil allows him to think so, but serving self is sacrificing at Satan’s altar. There are no free men in sin’s death camp (Romans 6:17, 23).

When we were young, our fathers may have allowed us to “drive” in the driveway while sitting in their laps. We felt we were in control, but if the car veered, Dad quickly took over. Many are sitting in Satan’s lap, “steering” their lives to a lake of fire. “Me” is not a safe guide for life (Proverbs 14:12; Jeremiah 10:23).

Others allow public opinion to make their decisions. How many should make Saul’s confession? “I have sinned, for I have transgressed the commandment of the Lord, and your words, because I feared the people and obeyed their voice” (1 Samuel 15:24).

Adam gave in to Eve and let forbidden fruit get him into a jam (Genesis 3:6). Abraham feared Abimelech enough to tell a lie (Genesis 20:11). Aaron made a golden calf at public demand (Exodus 32:21–24).

In the New Testament, Pilate wanted to set Jesus free, but he was too much of a people-pleasing politician to stand by his decision (Matthew 27:2–26). Many rulers believed on Jesus but would not confess Him, “for they loved the praise of men more than the praise of God” (John 12:42–43; cf. 5:44). Even Barnabas gave in to peer pressure and disassociated himself from Gentiles (Galatians 2:13).

The truth is, “No servant can serve two masters; for either he will hate the one and love the other, or else he will be loyal to the one and despise the other” (Luke 16:13).

Who is at your controls?