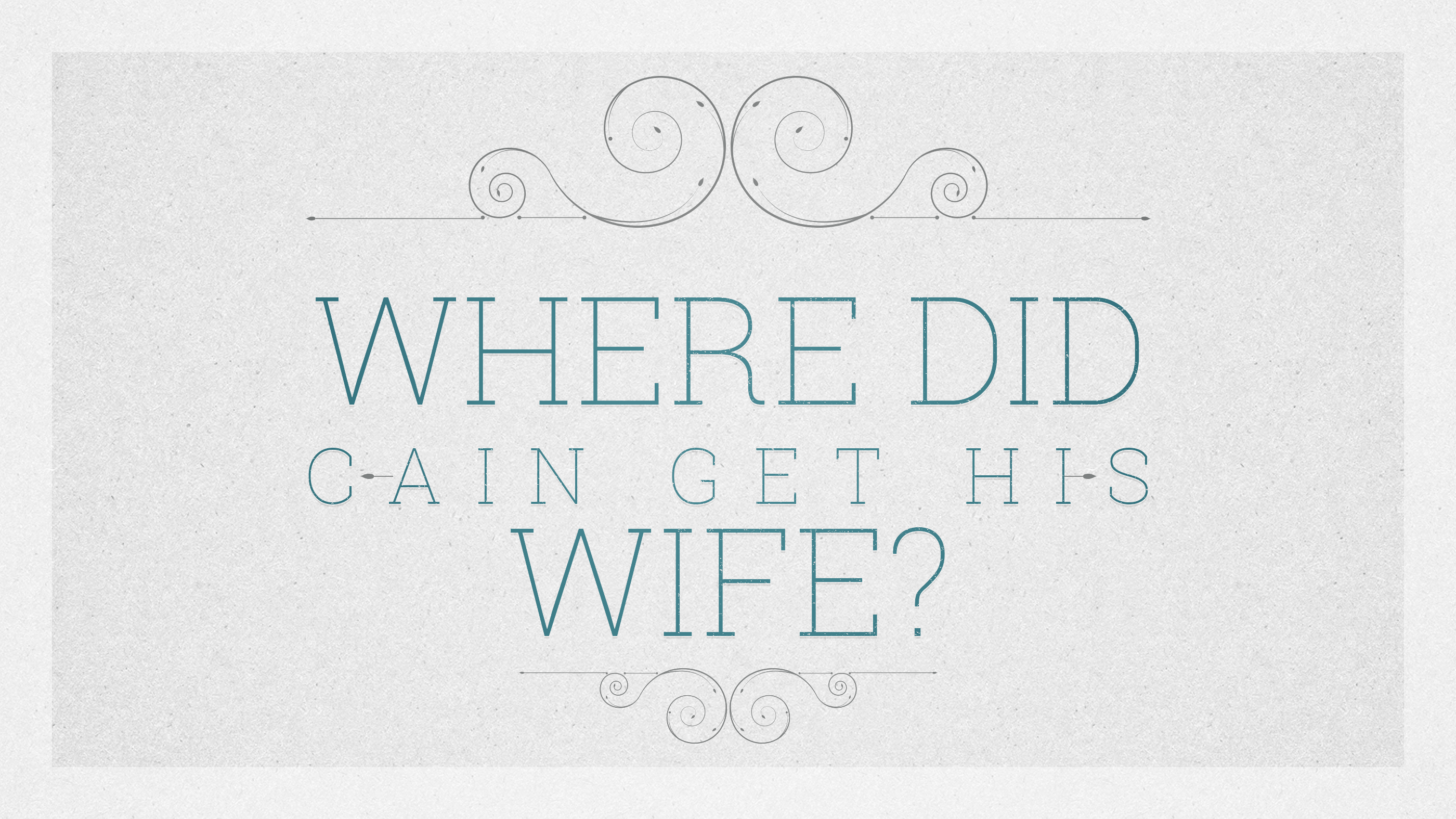 Home Bible Questions Where Did Cain Get His Wife?

Cain has the distinction of being the first murderer in the Bible. When he saw that “the Lord respected Abel and his offering, but He did not respect Cain and his offering,” he became “very angry, and his countenance fell” (Genesis 4:4–­5).

This led Cain to rise up against his brother Abel and kill him. When God asked Cain, “Where is Abel your brother?” he evaded the question by saying, “I do not know. Am I my brother’s keeper?” (4:8­–9). The Lord recognized his sin, however, and told him that he would be a fugitive and a vagabond (4:10­–12). The Lord then set a protective mark on him and sent him out.

Thus “Cain went out from the presence of the Lord, and dwelt in the land of Nod, on the east of Eden. And Cain knew his wife, and she conceived, and bore Enoch” (4:16­–17). Some have thought that since Cain was dwelling in the land of Nod, that his wife must have been from some unknown race of people dwelling in Nod. The text does not say that Cain found his wife in Nod, however, but simply that he was dwelling in Nod and that when he knew his wife sexually, she bore his son Enoch.

Cain’s wife must have been a sister, niece, or other relative. Since Adam and Eve were the first human beings, then all people descended from them, including Cain and his wife. There was no separate creation of some unknown people in the land of Nod. If Cain did meet and marry his wife in Nod, she still would have had to be a relative. While the text mentions no other children of Adam and Eve before it says that Cain knew his wife, that does not mean that there were no other descendants of Adam and Eve at that time. Moses was simply listing the descendants of Cain before he listed the preferred line through Seth, the son appointed in the place of Abel (4:25). “Adam called his wife’s name Eve, because she was the mother of all living” (Genesis 3:20). “After he begot Seth, the days of Adam were eight hundred years; and he had sons and daughters” (5:4). Since Eve was “the mother of all living,” and Adam “had sons and daughters,” Cain’s wife must have descended from Adam and Eve.

But if Cain married a sister or niece, or other near relative, was not that incest? God did not introduce laws forbidding incest until later (Leviticus 18) when the breakdown of the human genetic pool became a problem. Those who lived before the Genesis flood were apparently much healthier than those who came along after the flood. Life spans of hundreds of years were not unusual before the flood, but life spans were much shorter after the flood. Adam lived 930 years, while Seth lived 912 years, and the longest-lived man was Methuselah, who lived 969 years (Genesis 5:5, 8, 27). These long life spans were possible only because they were stronger genetically. Current laws forbid intermarriage with close relatives because diseases and genetic problems result.­  —Bob Prichard