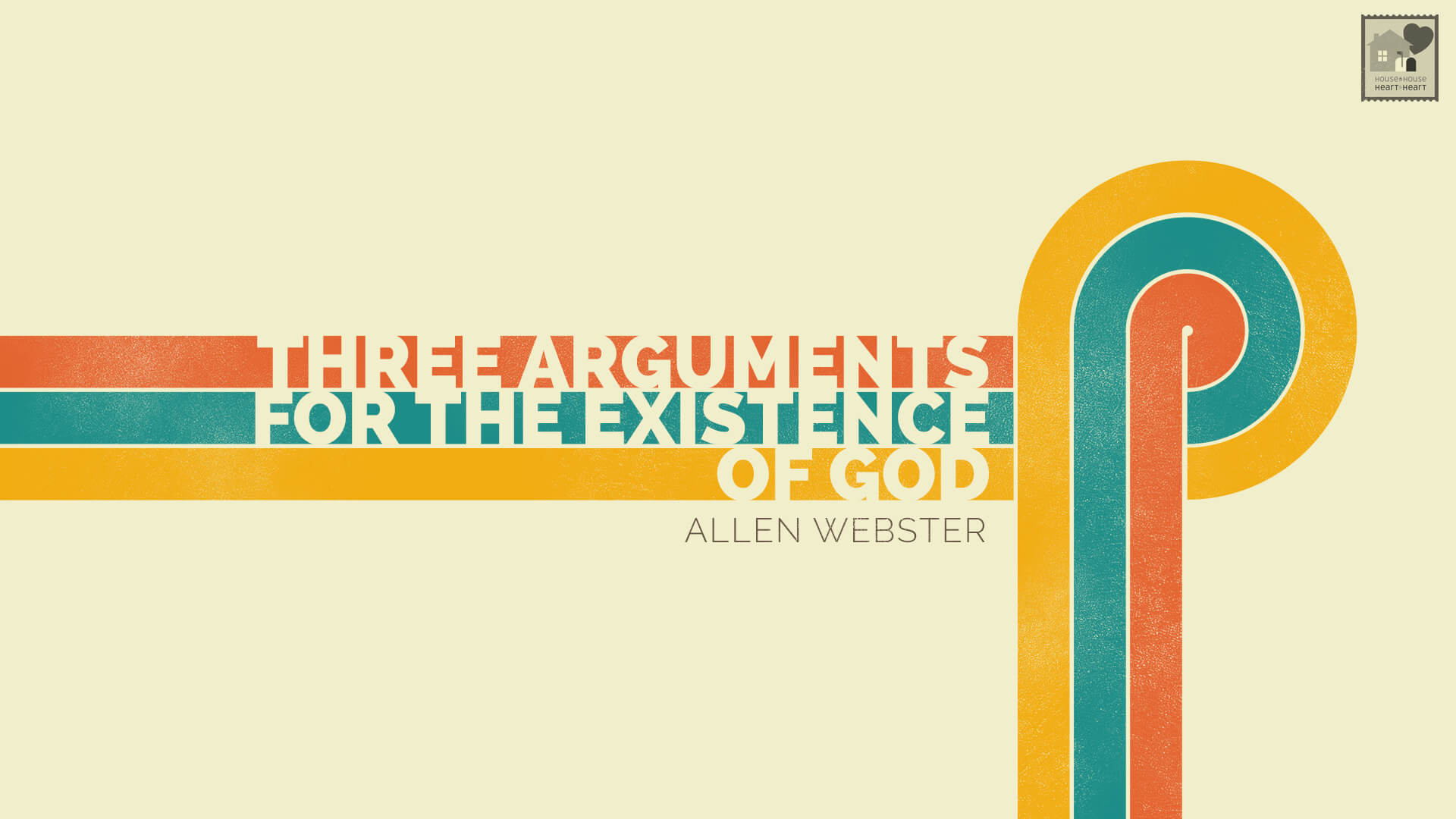 Home Editorial Three Arguments for the Existence of God

Evolution has fashioned gods of its own design and named them Mother Nature and Father Time.

James Hewitt tells of a family of mice who lived in a large piano.

In their piano-world came the music of the instrument, filling all the dark spaces with sound and harmony.

At first the mice were impressed by it. They drew comfort from the thought that there was Someone who made the music—though invisible to them—above, yet close. They loved to think of the Great Player whom they could not see.

Then one day a daring mouse climbed far up the piano and returned very thoughtful. He had found how music was made. Wires were the secret; tightly stretched wires of graduated lengths which trembled and vibrated. They must revise all their old beliefs: none but the most conservative could believe in the Unseen Player.

Later, another explorer carried the explanation further. Hammers were now the secret, numbers of hammers dancing and leaping on the wires. This was a more complicated theory, but it showed that they lived in a purely mechanical and mathematical world. The Unseen Player came to be thought of as a myth.

But the Pianist continued to play.1

The Bible is not a polemic defense of the existence of a Supreme Being. It simply assumes men will know God is (cf. Psalm 14:1). Its opening sentence, from Hebrew, reads: “God, in the beginning, created the heaven and the earth” (Genesis 1:1). The first word is “God,” for He is the foundation of everything that follows.

God left abundant evidence in His world and in His Word for a fair-minded person to come to a confident conclusion (Hebrews 11:6). He has not left “himself without witness” (Acts 14:17; Romans 1:20). Consider three arguments for God’s existence:

This argument is simple: The universe exists. Therefore, God exists.

How is this conclusion reached? Every effect must have an adequate cause. There are only three possibilities as to cause of the universe: it made itself; it is eternal; it was created by someone other than itself.

Self-creation is illogical. A material thing cannot be and not be at the same time.

Evolutionists often cite The Big Bang as the likely First Cause, but this dodges the larger question, for it assumes matter existed to be distributed by the Bang.

“The law of teleology” contends that when an object reflects a purpose, goal, or design, it must have had a designer.2

God’s fingerprints are seen in the world above us.

“The heavens declare the glory of God; and the firmament sheweth his handywork” (Psalm 19:1; cf. 8:3). The universe’s precision and functionality show it could not have happened by accident. Life on earth would be impossible if

Yet each of these is exactly what it must be to work in concert with the others to sustain life. Nature is so mathematically exact that scientists can predict eclipses years in advance or launch a spacecraft to land on the moon with pinpoint precision.

The universe is not static. The earth moves in an almost 600-million-mile-long orbit around the sun at a speed of 1000 miles per minute. Its track is elliptical. At times it is closer to the sun than at others. When closer, it moves faster; when farther, slower.4 As it moves in this gigantic orbit, it digresses from a straight line one-ninth of an inch every eighteen miles. If the turn were only one-tenth of an inch, our planet would freeze; if it were one-eighth, it would burn up.

Sir Isaac Newton concluded, “This most beautiful system of the sun, planets, and comets could only proceed from the counsel and domain of an intelligent and powerful Being.”6

God’s fingerprints are seen in the world around us.

Nature is obviously interconnected. The soil supplies nutrients and stability for the tree. The tree provides habitat and food for the animal. The animal provides food and service for man. Man lives for the glory of God (Matthew 5:16). The plant dies for the animal to live. The animal dies for man to live. Jesus died that man might live. Man dies so the spirit may return to God7 (Ecclesiastes 12:7).

God’s creation is advanced. Consider that before humans

God’s fingerprints are seen in the world within us.

Wayne Jackson points out some interesting facts about the human body:9

This is the argument from man (anthropos). Man is not just an intelligent animal. He is the offspring of God, made in His image (Genesis 1:26–27; Acts 17:29). Animals are fascinating creatures, but they don’t know God. They cannot worship; they cannot pray. They lack introspection. No dog lies awake at night thinking, I shouldn’t have been so mean to that cat today. Tomorrow I’m going to do better.

A human being has the aptitude to live on a higher level. He can deny self, live outside of self, even give self in service to his country or for another person.

Man is equipped with a personal moral thermostat—a conscience. Every normal person has a sense of ethical “oughtness”—“thou shalt/not”; “I ought/ought not” guidelines—and feels guilty when these are violated. People may disagree on what is right and wrong, but they agree that there are rights and wrongs.

How can the presence of moral sensitivity be explained? There are only two possibilities: it was implanted by a Creator or it evolved as a means of survival. In an evolutionary worldview, why would morality evolve? What purpose would it serve? As secular philosopher Jean Paul Sartre put it, “Everything is indeed permitted if God does not exist.”10 Each is his own god.

Yet unbelievers have consciences; they are disgusted by heinous crimes; they feel guilt after certain behaviors. The presence of such a moral thermostat is inexplicable from an evolutionary model, but it fits the creation one. As C. S. Lewis wrote, “Conscience reveals to us a moral law whose source cannot be found in the natural world, thus pointing to a supernatural Lawgiver.”11 The Bible clearly shows that man possesses a conscience as a tool to aid in his service to Almighty God (John 8:9; Acts 23:1; 24:16; Romans 2:15; 9:1; 13:5).

Scientists gather evidence for theories by conducting experiments to find what works and what doesn’t. Does evolution or Christianity work best as a worldview? Which results in better psychological and sociological health and happiness? Which tends toward high moral values? Sanctity of life? Human dignity? Strong homes and family units? Law and order?

An evolutionary worldview leads humanity in the wrong direction. Philosopher Ravi Zacharias put it like this: “There is nothing in history to match the dire ends to which humanity can be led by following a political and social philosophy that consciously and absolutely excludes God.” Darwin’s survival-of-the-fittest and Karl Marx’s materialist evolutionary conjectures provided the foundation for both Hitler’s Holocaust and Stalin’s genocide. If all we are is “dust in the wind,” what reason for hope and optimism do we have?

Accepting divine creation tends toward human dignity and happiness. If we are formed in a loving God’s image, and if we are heirs of eternal life through His Son, then we possess dignity and worth. Scripture’s sound moral principles lead to health and happiness as well as good social relationships in this life, and its promises produce a hopeful and joyful outlook in anticipation of eternal life.

Which option seems most sensible to you?