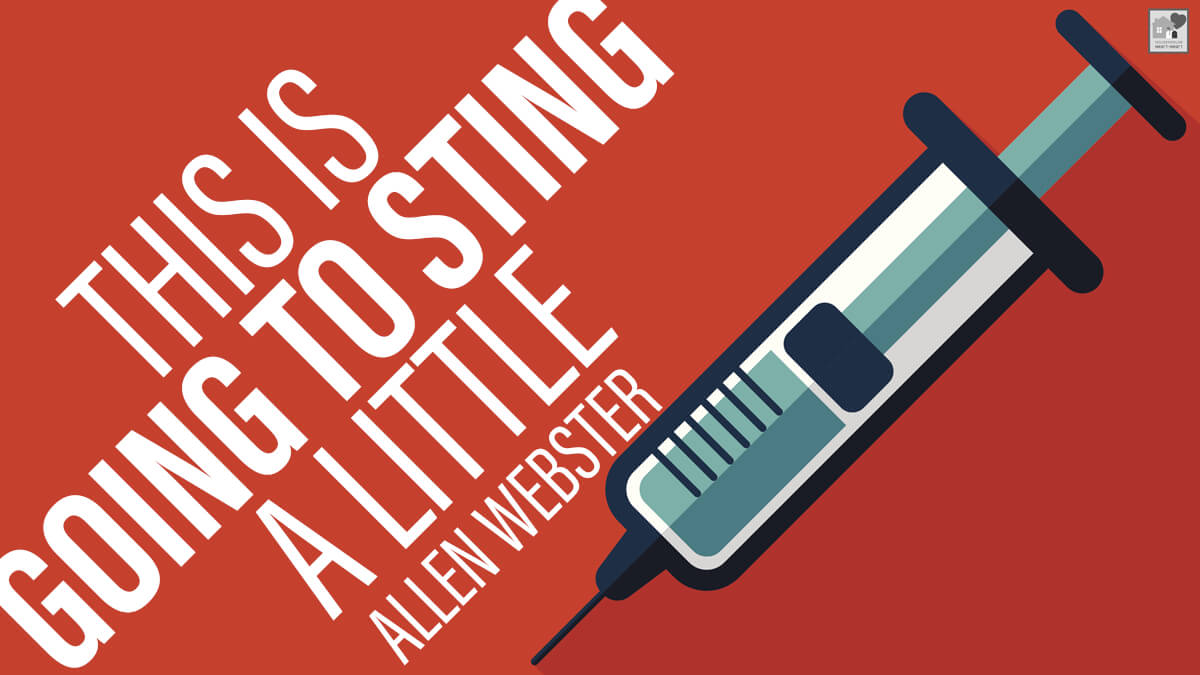 Home Christianity This is Going to Sting a Little
Life has internal stings as well-broken hearts, crushed ambitions, crashed dreams. These usually smart for much longer than the kind nurses inflict. Do you ever wonder, “Why me, Lord? I’m a Christian. I walk the straight and narrow way. I try to avoid trouble and sin. But now I’ve been ‘stung.’ Why me?” There are things we may not fully understand until we get to heaven, but we do get some insights into this question from God’s Word. Do the “stings” of life have a positive purpose?

LIFE’S STINGS CAN CAUSE US TO ‘SOBER UP.’

Our world runs from troubles like superman from kryptonite. The third biggest business in the world is entertainment (behind the U.S. Government and the Catholic church). America’s philosophy is “eat, drink, and be merry, for tomorrow we die” (Ecclesiastes 8:15; Luke 12:19-20). “Get away from it all. Escape!” Those who don’t try to escape, try to hide. Millions try to escape life’s stings by “drowning them in a bottle” only to be “stung” by a different kind of bee (cf. Proverbs 23:32).

It is altogether too easy for us to imbibe the world’s spirit if everything always goes our way all the time. Our roots tend to run horizontally as long as there is plenty of water. But we need the stability of a vertical root system. That’s why God sends dry spells. He wants serious-minded people in His family. Aged men are to be ‘sober, grave, temperate’ (Titus 2:2). Aged women are to teach the young women to be ‘sober’ (Titus 2:3). ‘The young men likewise exhort to be sober-minded’ (Titus 2:6). The word sober (sophronizo) means ‘circumspect; sensible; mature.’ Sorrows help us develop sober-mindedness.

I walked a mile with Pleasure, she chattered all the way,
But left me none the wiser for all she had to say.
I walked a mile with Sorrow, and ne’er a word said she,
But, oh, the things I learned from her when Sorrow walked with me.
-Robert Browning Hamilton

LIFE’S STINGS CAN CAUSE US TO ‘LOOK UP.’

‘Sorrow is better than laughter: for by the sadness of the countenance the heart is made better. The heart of the wise is in the house of mourning; but the heart of fools is in the house of mirth’ (Ecclesiastes 7:3-4). The word translated ‘is made better’ (yatab) means ‘make well, sound, beautiful, happy, successful, or right’ (Strong, 3190, 49). Sorrow can turn us to God. The person who is incapable of genuine tears is also incapable of real joy.

‘The soul would have no rainbow had the eye no tears.’-John Vance Cheney

‘All sunshine makes a desert.’-Arab proverb

‘Into each life some rain must fall.’-Longfellow

The prodigal did not look back toward home until his money ran out (Luke 15:17). It was only after he knew the pangs of hunger and the stench of the pig pen that he decided that there was more to life than riotous living. Abe Lincoln is credited with saying, ‘I have often been driven to my knees by the sincere conviction that there was no where else to go.’ So it is with many people. Bee stings make us look for the medicine cabinet. Life’s stings make us look for the Great Physician.

LIFE’S STINGS CAN CAUSE US TO ‘CHANGE UP.’

Many have not considered the need to change and get right with God until stung with painful circumstances. The Philippian Jailor went to work one night totally unaware that in a few hours, circumstances would bring him to consider suicide (Acts 16:27). But an earthquake came, and he supposed that the prisoners had escaped. He knew that the Romans would require his life for theirs and thought he would save them the trouble. But out of the darkness Paul’s voice came: ‘We are all here.’ Thus, he had a change of heart and was receptive to the Gospel. Just minutes before, he was totally disinterested. Now he’s asking what he needs to do and quickly obeys it (Luke 16:31-34). What happened? He was ‘stung’ with the unfavorable circumstances of life and it made him ‘change up.’

Not until each loom is silent and the shuttles cease to fly,
Will God unroll the pattern and explain the reason why
The dark threads are as needful in the Weaver’s skillful hand
As the threads of gold and silver for the pattern which He planned.

My life is but the weaving between God and me.
I only choose the colors He weaveth steadily.
Sometimes He weaveth sorrow and I in foolish pride,
Forget He sees the upper and I the under side.

Interestingly, the New Testament speaks of ‘stings’ (kentron, used five times). By examining these, we find how to remove many of life’s ‘stings.’ It is twice translated ‘prick’ (Acts 9:5; Acts 26:14). As one is pricked with a needle to be cured of many illnesses, one’s conscience must be pricked with the Gospel so he can be cured of the soul’s diseases. The other times it is translated ‘sting’ (1 Corinthians 15:55; Revelation 9:10). Paul explains that Christians avoid the sting of death, ‘O death, where is thy sting? O grave, where is thy victory? The sting of death is sin; and the strength of sin is the law. But thanks be to God, which giveth us the victory through our Lord Jesus Christ’ (1 Corinthians 15:55-57).

Yes, this world is going to sting a little, but there’ll be no needles in heaven.

Nurses always say it … and they always underestimate. The needle looks a lot longer and feels a lot bigger on the receiving end. Why do we have to go through the ‘stings’ of life? Why did they ever invent needles? Can’t they come up with a better way? After all, these are modern times. Men have walked on the moon. We can be on the other side of the world overnight. Yet they still haven’t figured out a way to take the ‘sting’ out of medical practice. Needles are necessary.