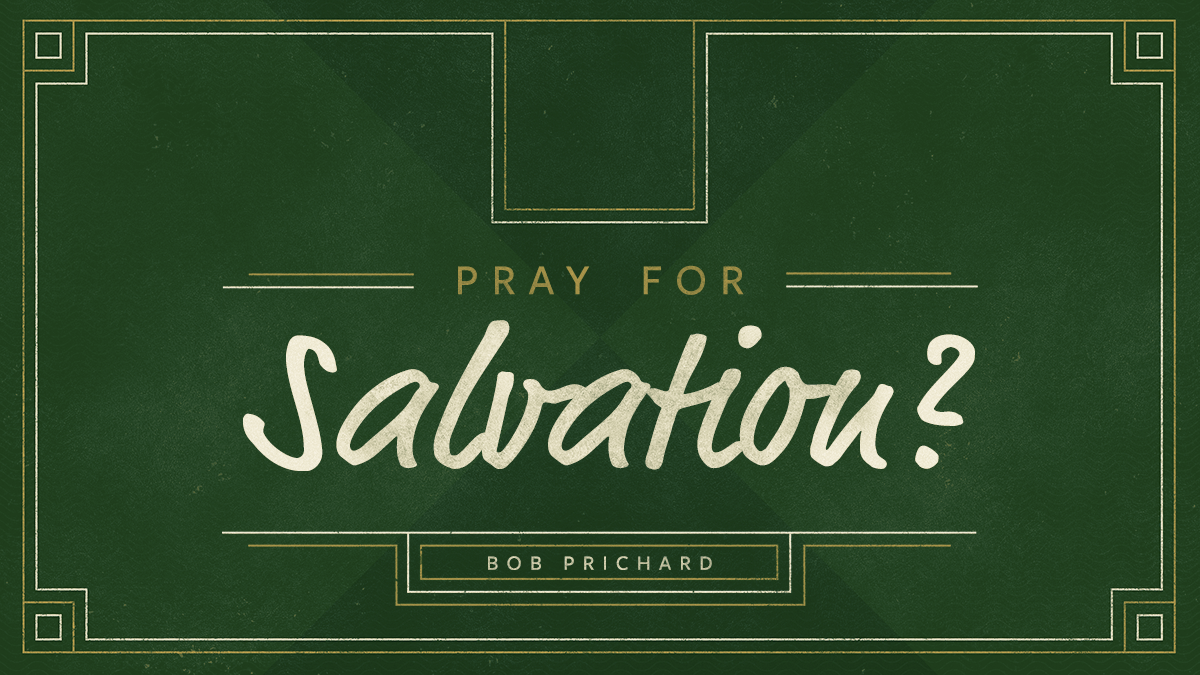 Preachers sometimes invite listeners to pray something such as, “God, I am sorry I have sinned. Please forgive me and let Jesus come into my heart. Thank you for forgiving me and giving me eternal life. In Jesus’ name I pray. Amen.” The preacher then says, “Since you have asked Christ into your life, you are now His child, and your sins are forgiven.” The problem, however, is that the promise of forgiveness is from a man, not God. God has never promised to respond to the sinner’s prayer.

Prayer is a privilege for God’s people. James said, “The effective, fervent prayer of a righteous man avails much” (James 5:16). Peter quoted Psalm 34:15–16, saying, “For the eyes of the Lord are on the righteous, and His ears are open to their prayers; but the face of the Lord is against those who do evil” (1 Peter 3:12). Solomon warned, “One who turns away his ear from hearing the law, even his prayer is an abomination” (Proverbs 28:9). The psalmist spoke of the dilemma of the sinner: “If I regard iniquity in my heart, the Lord will not hear” (Psalm 66:18).

But what about the prayers of the publican and the Pharisee? While the Pharisee prayed “with himself,” the publican, “standing afar off, would not so much as raise his eyes to heaven, but beat his breast, saying, ‘God, be merciful to me a sinner!’”

Jesus concluded, “I tell you, this man went down to his house justified rather than the other; for everyone who exalts himself will be humbled, and he who humbles himself will be exalted” (Luke 18: 11, 13–14).

This does not set the pattern for sinners coming to Christ, however, because both the Pharisee and the publican were already in a covenant relationship with God as part of His chosen people, the Jews. Both, despite their sins, had the right to pray to God.

What about Joel’s prophecy? He said, “And it shall come to pass that whoever calls on the name of the Lord shall be saved. For in Mount Zion and in Jerusalem there shall be deliverance, as the Lord has said, among the remnant whom the Lord calls” (Joel 2:32).

Ananias told him, “And now why are you waiting? Arise and be baptized, and wash away your sins, calling on the name of the Lord” (Acts 22:16). In his baptism, he called on the name of the Lord, and his sins were washed away. He would not have been saved if he had merely prayed the sinner’s prayer and had refused to obey the Lord’s command.

Jesus said, “If you ask anything in My name, I will do it” (John 14:14). This is not a blanket promise to any person, but to those who follow Him and have the right to ask things in His name, by His authority. This promise is to the children of God. In the very next verse, He puts it simply: “If you love Me, keep My commandments” (John 14:15).

The multitudes cried out at Pentecost, “What shall we do?” Peter did not respond, “Pray the sinner’s prayer,” but “Repent, and let every one of you be baptized in the name of Jesus Christ for the remission of sins; and you shall receive the gift of the Holy Spirit” (Acts 2:37–38). We will be saved if we do what the believers of Pentecost did. —Bob Prichard