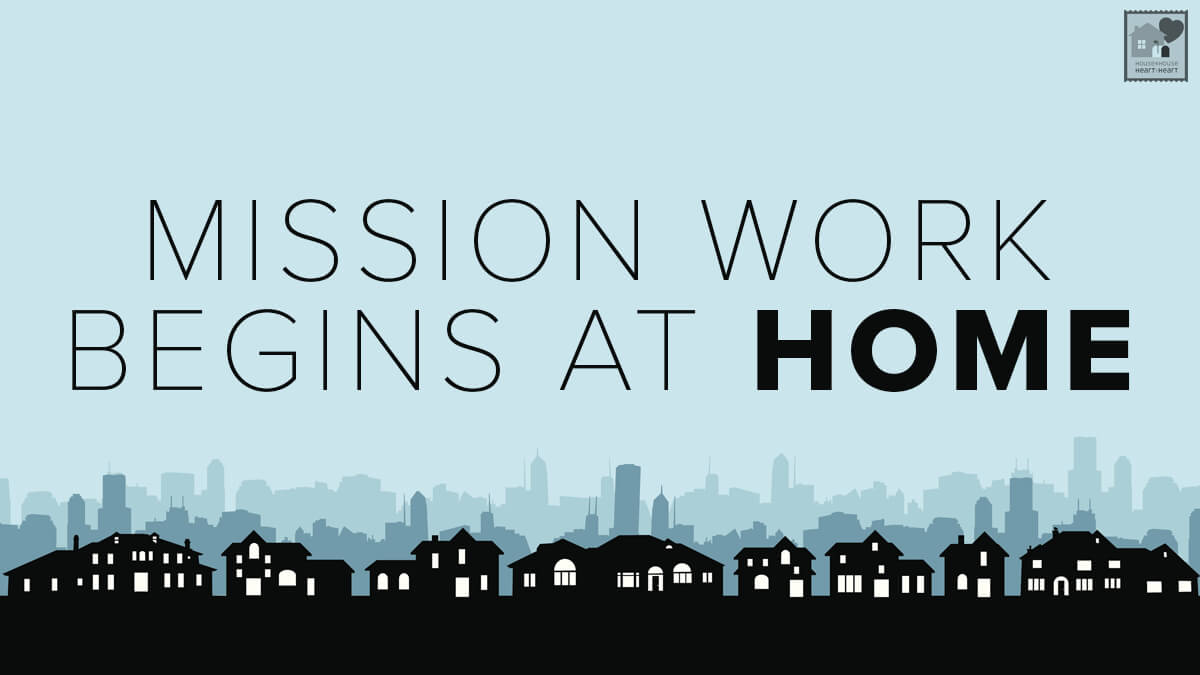 Sophie wanted to be a missionary to the far-flung regions of the world more than anything else. She was convinced that was what she had to do if she was to serve the Lord. Sophie prayed again and again that the Lord would open the door for her to go to some faraway land and tell people about Christ.

One night after praying that prayer again, someone came to the door with a question which caused Sophie to rethink what she wanted to do.

“Who lives in the apartment above you?” the person asked.

Sophie answered, “A family from the Netherlands.”

“Who lives across the hall?”

“A couple from Italy.”

“And just down the hall?”

“A woman and her daughter from Sweden.”

“And who lives in that house across the street?”

“A family from Mexico,” Sophie answered.

Then Sophie imagined the Lord saying to her, “Sophie, why should I send you across the ocean, when you are not even telling the people about me who live right next to you now.”

You have probably heard it said, “Missionary work begins at home.” That is very true. There are people who have never heard the story about Jesus in our neighborhood and in our city. The majority of people in any congregation will never become missionaries in a distant country, but they can share the story where they are. —Michael Moss

“Go home to thy friends, and tell them how great things the Lord hath done for thee, and hath had compassion on thee” (Mark 5:19).

10 Things I Wish the World Knew About Jesus

With His Last Breath