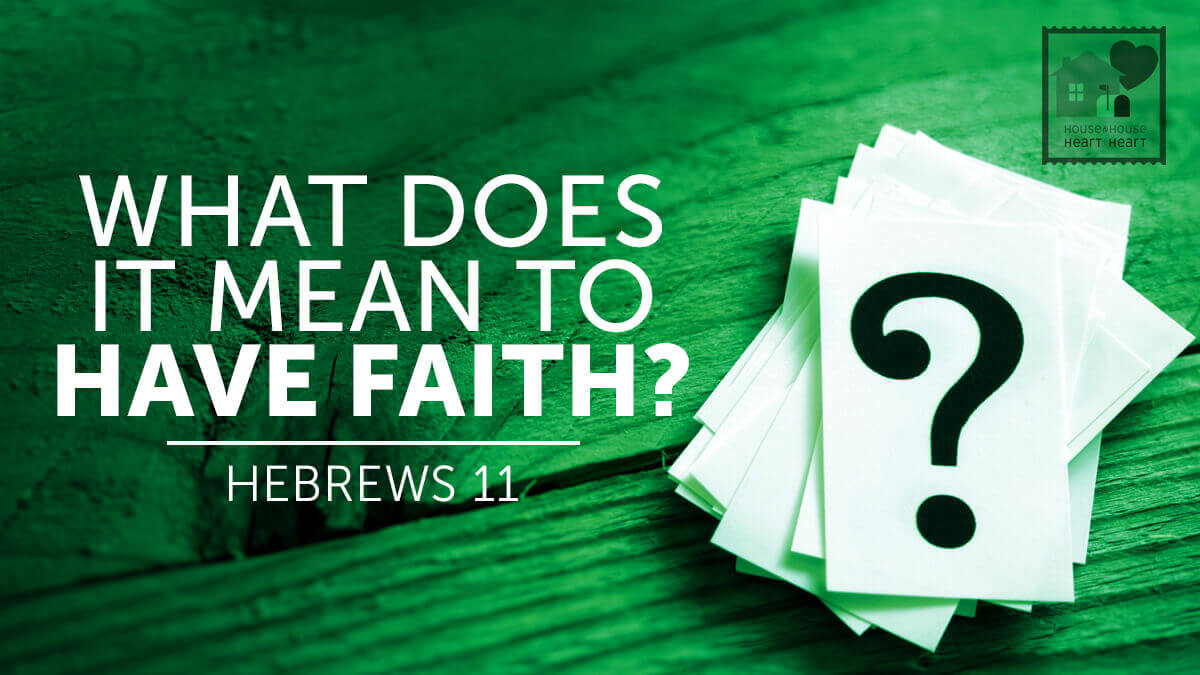 Home Bible Questions What Is The Meaning Of Faith, Substance, Hope, Evidence in Hebrew 11:1?

Many, both in the religious world and otherwise, have a gross misunderstanding of what constitutes faith. Contrary to scripture, many believe that faith is necessary to “fill in the gaps” in the absence of real, tangible evidence. Carl Sagan, the late and noted atheist and author, once said, “Faith is believing in something in the absence of evidence.”

Hebrews 11:1 answers and clarifies this misunderstanding. The verse: “Now faith is the substance of things hoped for, the evidence of things not seen.”

The word translated “substance” comes from the Greek hupostasis (Strong’s # 5287), which means “a placing or setting under, a substructure or foundation.” This word appears elsewhere in the New Testament as “confident” or “confidence” (2 Corinthians 9:4; 11:17; Hebrews 3:14).

The word translated “evidence” comes from the Greek word elengchos (Strong’s #1650), meaning “a proof, or that by which a thing is proved or tested; conviction.”

The context in question deals with the existence of the universe, for verse 3 says, “through faith we understand that the worlds were framed by the word of God, so that the things which are seen were not made of things which do appear.”

Biblical faith comes from careful observation and the weighing of all available evidence. For example, the atheistic, evolutionary “explanations” for the origins of the universe don’t even qualify as bad science. They are more akin to science fiction. There are only two explanations for the existence of the universe that don’t include a divine creator:

Who is willing to accept either proposition? Certainly no intelligent, thinking individual!

Consider also the vast evidence of design in our world and in the universe generally. Is the design present in the earth’s position in relation to the sun (controlling the environment, etc), the moon’s position in relation to the earth (controlling the ocean tides) simply a matter of dumb luck? What about the intricacies of the eye of a housefly, or the human brain (not to mention the magnificence of the entire human body)? Where does the evidence point? It points to an intelligent creator.

Men are sent to prison every day for crimes no one saw them commit. How are such verdicts reached? Through the presentation and consideration of all available evidence. In like fashion, just because no man was present when God created the universe doesn’t mean there is no evidence to support the fact that it happened. If Mr. Sagan was correct in his assessment of what constitutes faith, then it takes a lot more faith to be an atheist than to believe in the God of the Bible!

Finally, because the Bible is a book that can be trusted to be accurate in everything it addresses, we have faith in God and His promises, both to bless the obedient and punish the disobedient. For the obedient, we have the confident hope of heaven. – Bob Prichard