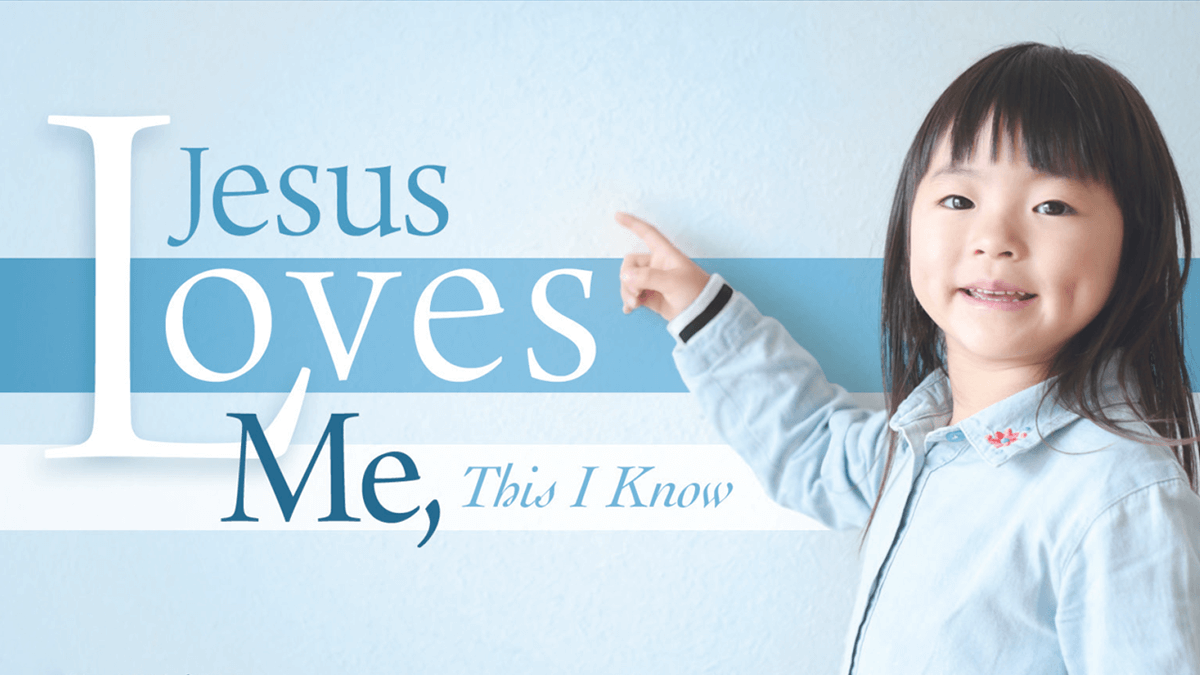 Home Christianity Jesus Loves Me, This I Know

Anna Warner’s simple poem, Jesus Loves Me, is perhaps the best-loved Christian hymn ever composed. It has been translated into more languages than any other. Even after 160 years, it remains the Number 1 children’s spiritual song around the world.

It is more than a children’s song, though. It is that rare song that connects with all ages. It has the simple lyrics and timeless tune to reach youthful hearts, but it also has the depth to engage adult minds.

One preacher went so far as to say, “Everything I ever needed to know about religion I learned from Jesus loves me, this I know.” He may not have exaggerated much, for the entire scheme of redemption is found within its lyrics.

Jesus loves me—this I know, for the Bible tells me so; Little ones to Him belong, they are weak, but He is strong.

The song starts with a simple assertion (“Jesus loves me”) and then proceeds to prove it. How does one know that? “The Bible tells me so.” Of all the world’s religious books, only Christianity’s Bible tells of God’s great love. It is the inspired revelation of God’s love for all men of all time (Psalm 19:7–8; 1 Corinthians 2:9–16).

Where does the Bible say He loves us?

Whom does the Bible say Jesus loved?

This song next points to human need: “Little ones to Him belong, they are weak, but He is strong.” We are weak because we sin, and we sin because we are weak. Jesus told Peter, “Watch and pray, that ye enter not into temptation: the spirit indeed is willing, but the flesh is weak” (Matthew 26:41). In spite of our weaknesses, Jesus still loves us. Thankfully, He also makes us strong (Philippians 3:12–14).

Phyllis Zeno’s life was changed the day DHR brought a beautiful but troubled girl to her daycare. Born in prison after her mom had used marijuana, crack, and cocaine her entire pregnancy, she did not speak and had little emotional control. When approached, she became violent and fell to a fetal position, crying.

As months passed, Phyllis bonded with this child that no one wanted. She was captivated by one who had so little but needed so much; she was heartbroken that a four-year-old could suffer so deeply.

Daily they sat in a rocking chair, swaying back and forth, with Phyllis singing Jesus Loves Me. This always calmed her. Though she never spoke, a peaceful look would cover her face.

After one hard episode, Phyllis held her, silently rocking. The troubled girl looked through tears and spoke for the first time. She said, “Sing to me about that Man who loves me.”1

Verse 2: The Incarnation and Crucifixion

Jesus from His throne on high, came into this world to die; That I might from sin be free—bled and died upon the tree.

Jesus said, “Greater love hath no man than this, that a man lay down his life for his friends” (John 15:13). Vietnam veteran and Air Force Colonel John Mansur tells about an eight-year-old orphan wounded by a mortar who needed a blood transfusion. No American had her blood type, but several of the other orphans did.

In pidgin Vietnamese, with a nurse’s smattering of high-school French, the doctor explained to the frightened children that unless they could replace some of the girl’s lost blood, she would die. He asked who would be willing.

The children looked in wide-eyed silence. After several moments, a hand was raised, wavered, dropped, and then went back up. “Oh, thank you,” the nurse said. “What is your name?”

“Heng.” Heng’s arm was quickly swabbed and a needle was inserted in his vein. At first, he lay stiff and silent. Then he began sobbing. He covered his face in shame with a fist in his mouth. His sobs turned to silent crying.

A Vietnamese nurse arrived. Seeing Heng’s distress, she spoke rapidly in Vietnamese, listened, and answered in a soothing voice. He stopped crying and looked questioningly at her. When she nodded, relief spread over his face.

She then said to the Americans, “He misunderstood. He thought he was dying. He thought you asked him to give all his blood so she could live.”

After thoughtful silence, the American nurse asked, “Why would he be willing to do that?” The translator asked him. He answered simply, “She’s my friend.”2

Paul wrote, “Scarcely for a righteous man will one die: yet peradventure for a good man some would even dare to die. But God commendeth his love toward us, in that, while we were yet sinners, Christ died for us” (Romans 5:6–8).

The culmination of the plan was the substitution of Jesus for sinners on the cross as He “bled and died upon the tree.” His biographers record history’s greatest event in a most subdued style: “When they were come to the place, which is called Calvary, there they crucified him” (Luke 23:33; cf. Romans 3:23–26).

Jesus loves me—He who died Heaven’s gate to open wide; He will wash away my sin, Let His little child come in.

The cross shows how much God loved us. “God so loved the world, that he gave his only begotten Son, that whosoever believeth in him should not perish, but have everlasting life” (John 3:16).

Jesus’ love provided a way to “let His little child come in” (John 14:6; Romans 5:9–10) which involved “washing away my sin.” Only one cleanser can remove a sin stain—the blood of a Lamb. God’s Lamb gave a sufficient quantity of blood to remove all humanity’s sins (Revelation 1:5). Appropriately enough, God applies this soul-cleansing while our bodies are being washed in water (Acts 22:16; Romans 6:1–6; Ephesians 5:25–27).

Jesus loves the children dear, children far away or near; They are safe when in His care, every day and everywhere.

Jesus loves “children far away or near.” His love is as boundless as space, as wide as the ocean, as limitless as the sky. It reaches people of every race, religion, and rank; every color, caste, class, and climate, every sex and station; every tribe and tongue (Matthew 11:28–29; 1 Timothy 2:3–4; Hebrews 2:9–10).

God’s children “are safe when in His care, every day and everywhere” (Romans 8:33–39). Jesus said His sheep “shall never perish, neither shall any man pluck them out of my hand” (John 10:28). He protects through sorrow, loneliness, poverty, disappointment, tragedy, and sin.

New Testament passages that show Christians are “safe” include the following:

Jesus, take this heart of mine, make it pure and wholly Thine; Thou hast bled and died for me; I will henceforth live for Thee.

Paul wrote, “He died for all, that they which live should not henceforth live unto themselves, but unto him” (2 Corinthians 5:15). The most important command—a summation of all commands—is to love God and your neighbor (Matthew 22:36–40; cf. John 13:34).

When Karl Barth lectured in Chicago, he was asked his greatest theological discovery. Many expected a complicated answer, but Barth paused, smiled, and said, “The greatest theological insight that I have ever had is ‘Jesus loves me, this I know, for the Bible tells me so!’” He got many things wrong, to be sure, but surely no one ever discovers anything better than “Jesus loves me.”