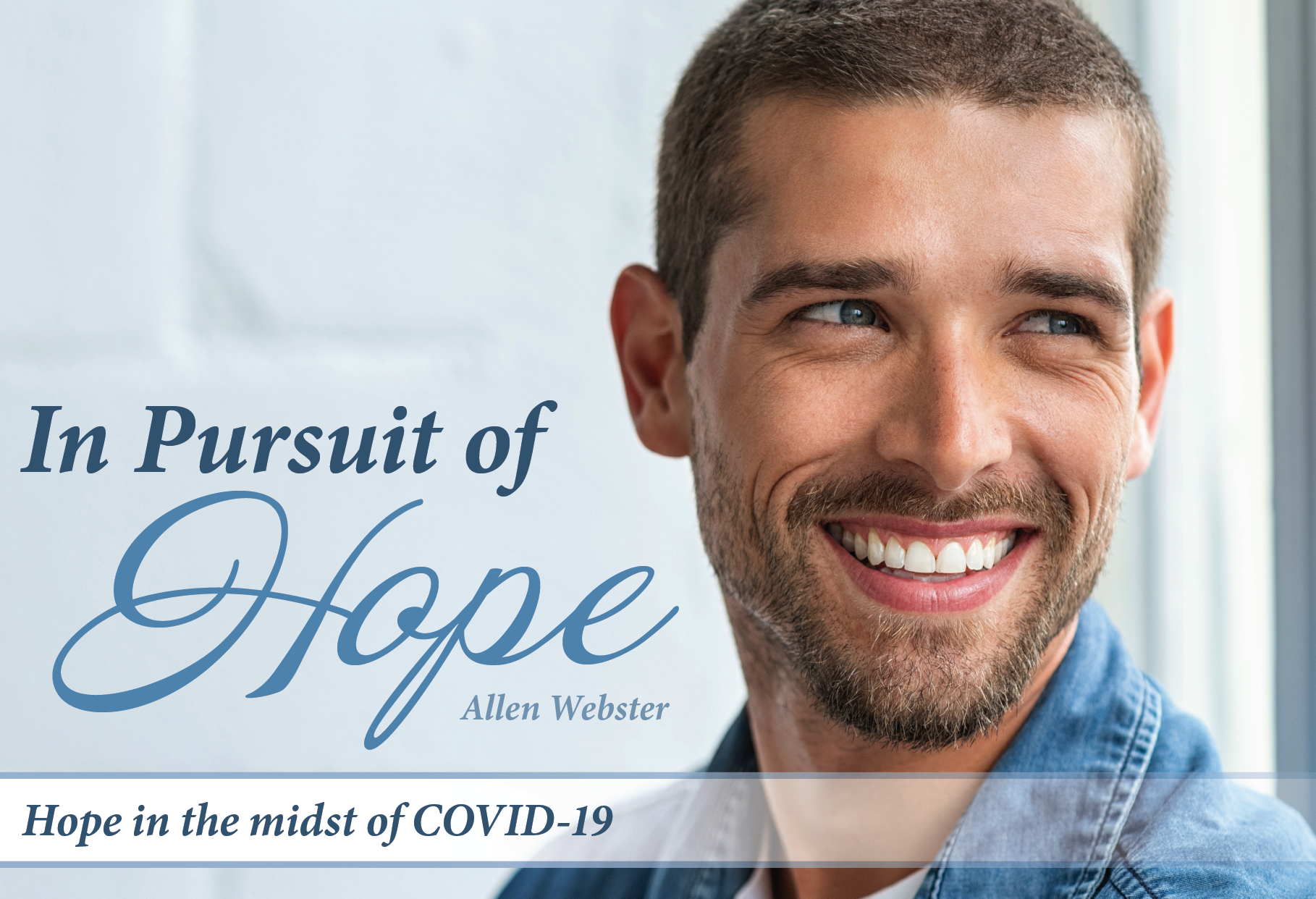 Home Editorial In Pursuit of Hope

An S-4 submarine crew became trapped after they were rammed off the coast of Massachusetts. The sub sank immediately. Rescue efforts failed. Near the end, a diver heard tapping and placed his helmeted ear to the side of the vessel. He recognized Morse Code and deciphered
a question:

We all need hope. Perhaps two of the saddest words in any language are “No hope.” We sometimes feel overwhelmed, frustrated, and stressed. School can make students feel hopeless. Relationships can cause some serious headaches. Work strain can drive our blood pressure up and our patience down.

Jesus puts life back into people. Like an old photo left in the sun, a life of sin soon loses its color. Like week-old bread, it gets stale. Like a game played too often, it loses its appeal. Those attempting to leave a life of sin need invigorating and renewal. When the long-missed prodigal returned, his father urged his older brother to accept him, reasoning that it was appropriate that “we should make merry and be glad, for your brother was dead and is alive again, and was lost and is found” (Luke 15:32). Paul said that those who had been dead in sins are made alive with Christ (Ephesians 2:5).

Not every church has learned to sing in the chord of hope. Robert Louis Stevenson wrote in his journal, “Wonders of wonders! I have been to church today and am not depressed.”2 While we all need lessons on the dangers of sin, preachers should not send hearers away on flat tires. Shakespeare might say this:

Who steals my purse steals trash; ’tis something, nothing;
’Twas mine, ’tis his, and has been slave to thousands;

But he who filches from me my courage,
Robs me of that which not enriches him,

And makes me poor indeed.
Jesus gives hope to people who feel hopeless.

Jesus met the Samaritan woman at the well (John 4). She had had five previous husbands and was now living with a man. Therefore, she was an outcast in her own community. Jesus did not ignore such sin, but He taught her a better way.

The angel said to the women at Jesus’ tomb, “Tell His disciples—and Peter—that He is going before you into Galilee; there you will see Him, as He said to you” (Mark 16:7). Why did he say, “and Peter,” since Peter was included in the disciples? This carries the force of “especially Peter.”  Peter had denied Jesus but later repented. Jesus wanted to convey to Peter, “I still have a place for you. I care about you.” How encouraging those words must have been to Peter.

Jesus gave hope to the woman accused of adultery

Jesus gave hope to an adulteress (John 8). Put yourself in the shoes of the woman caught in the act of adultery. She was dragged from her bed and brought before Christ. Though disappointed by her sin, we cannot help but feel a little sorry for her. How embarrassed she must have been! How her face must have burned and her heart ached as she stood expecting condemnation from Jesus like she had experienced from the other men.

Her accusers asked Him what to do, trying to trap Him in His words. He stooped and wrote on the ground, saying nothing. They pushed for a decision. He finally stopped writing long enough to say, “He who is without sin among you, let him throw a stone at her first” (8:7). Then He stooped and wrote some more. One by one, the accusers, convicted by their own consciences, beginning with the oldest, quietly slipped away.

When they were all gone, Jesus asked her, “Where are those accusers of yours?” (8:10). She answered that they were gone. He said, “Neither do I condemn you” (8:11). What a relief that must have been! Her “flight or fight” adrenaline must have triggered emotional tears. Perhaps she looked down at the stones her accusers had dropped as they exited. Had it not been for Jesus, those stones could easily have been stained with her blood and gathered to lay atop her grave.

Jesus did not condemn her. Neither did He condone her behavior. He called it a sin and told her to stop: “Go and sin no more” (8:11). She had been given a second chance. She left Jesus with a different perspective.

Do people need hope today? The spirit of our age is more like “been there, done that, now what?” than “a great, big, beautiful tomorrow.” Benjamin Franklin, on a cynical day, said, “He who lives on hope, will die starving.”3 Abraham Cowley said, “Hope is the most hopeless thing in the world.”4 Years ago, Harvard president Charles Eliot (1834–1926) said of the school, “Things seem to be going fairly well now that a spirit of pessimism prevails in all departments.”5

Yet most of us do not want to live in pessimism and hopelessness. Instinctively, we seek something better from God. Our loving Father understands us. Being “the God of hope” (Romans 15:13), He wants us to have joy and peace, even when the world tells us there is no hope. God made a “hope chest” and filled it with reasons to live and rejoice. God’s hope chest is His church. In it, one lives in hope (Titus 1:2); outside of it, one is without hope (Ephesians 2:12).

An air of hope surrounds those who believe their past is perfect (not flawless, but forgiven), their present is purposeful, and their future is paradise. On any given Sunday where Christians gather, there is joy, laughter, and excited chatter. Genuine friendships recharge in the shared fellowship. That experience is a sanctuary from the world for a little while.

In a world that seems hopeless, we can live “in hope of eternal life” (Titus 1:2). Christ has “begotten us again to a living hope through the resurrection of Jesus Christ from the dead, to an inheritance incorruptible and undefiled and that does not fade away, reserved in heaven for you” (1 Peter 1:3–4).

Like Jesus, through Jesus, and for Jesus, the church offers hope to sinners.

A preacher visited a woman named Esther shortly before her death. She told him that her son-in-law had invited her to visit him in Washington, but she had said, “I can’t. I have to stay near the cemetery.” She added, “I went out this week and bought me a bright, shining casket. I’m so excited!”