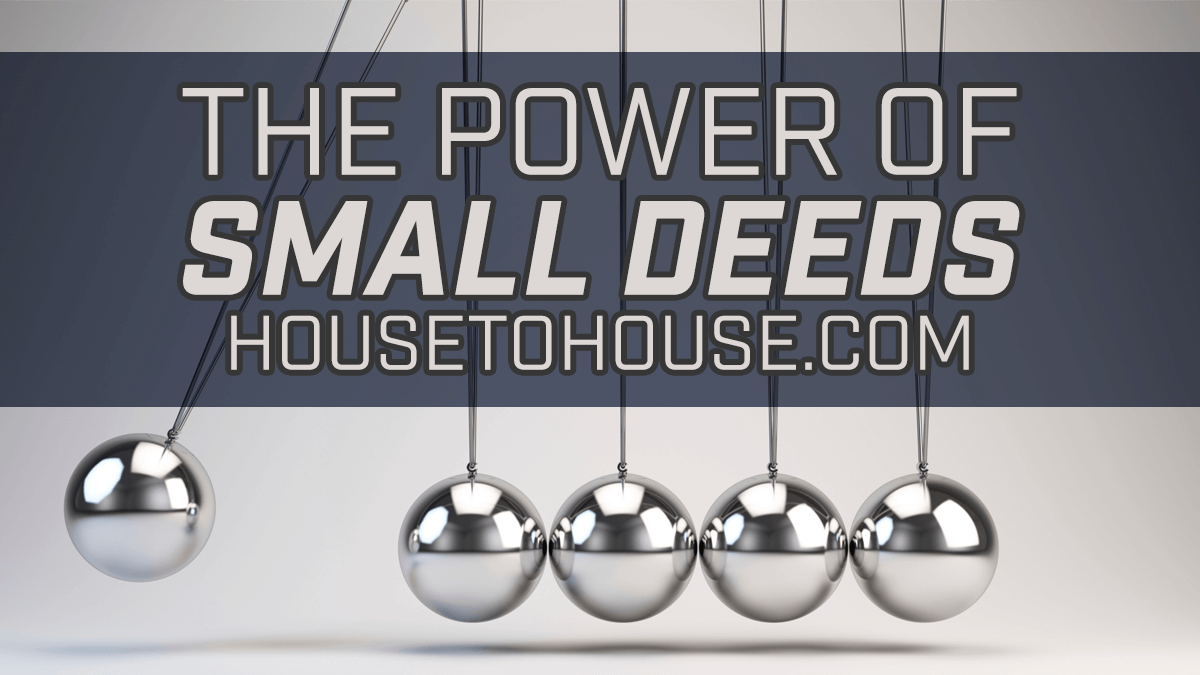 A scientist once conducted an inter­esting experiment in his laboratory.

From the ceiling he hung an iron ball that weighed 2,000 pounds. Beside it he hung a small ball of cork from the ceiling. He used an electric motor to keep the cork ball swinging against the iron ball.

After many days of con­stantly being hit by the feather-light little cork, the 2,000-pound iron ball began to move; soon it was swinging back and forth with a wider and wider movement.

The persistence of the little cork ball finally paid off. Its tapping, over and over again, ever so gently, made that ton of iron move.

Our efforts in the cause of Christ to influence and win people to Christ often seem so fruitless that we are prone to give up. We’re trying to lead people to Christ, but they don’t seem to budge an inch.

Friends, when you get to feeling that the object you are trying to move is too big for you, just remember the little cork ball that moved the 2,000 pound iron ball. Paul said it this way: “And let us not be weary in well doing: for in due season we shall reap, if we faint not” (Galatians 6:9). —Hobart church bulletin