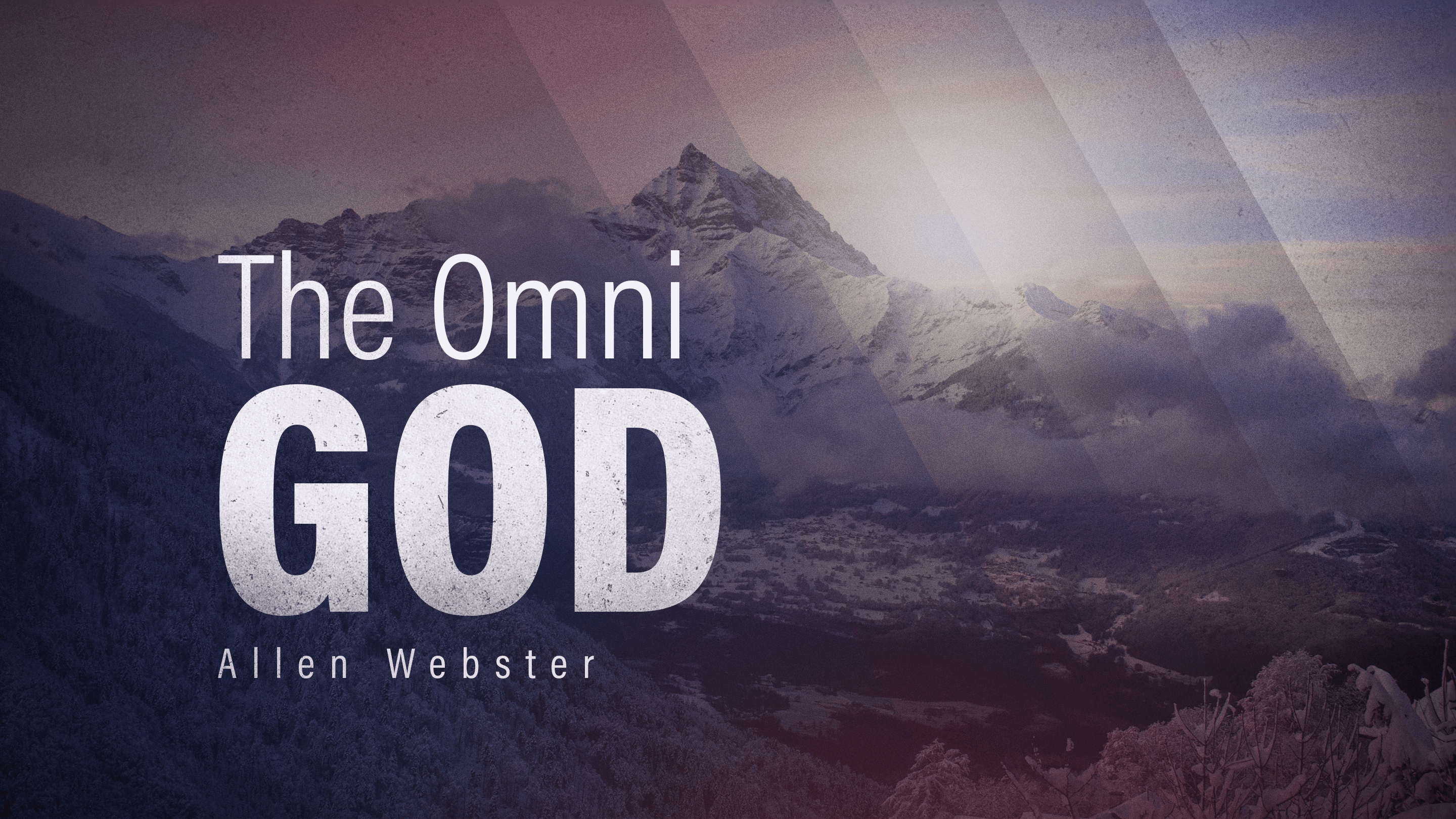 God is often perceived as the Supreme Being and principal object of faith. Wikipedia continues, “The concept of God as described by theologians commonly includes the attributes of omniscience (infinite knowledge), omnipotence (unlimited power), omnipresence (present everywhere), and omnibenevolence (perfect goodness).”

Bible writers never present a formal argument for theism; they simply assume intelligent man will recognize that God exists (Acts 17:24, 29). God is (Hebrews 11:6). The Bible begins with God: “In the beginning God created the heavens and the earth” (Genesis 1:1). It does not explain who He is or where He originated. It later says He is “from everlasting to everlasting” (Psalm 90:2). He is a self-existent Being. If men do not believe in God, it is because they have overlooked the evidence He gave in the Bible and in nature.

In the first book of the Bible, “When Abram was ninety-nine years old, the Lord appeared to Abram and said to him, ‘I am Almighty God; walk before Me and be blameless’” (Genesis 17:1). In the last book of the Bible, when John was exiled on Patmos, the Lord appeared to him and said, “‘I am the Alpha and the Omega, the Beginning and the End,’ says the Lord, ‘who is and who was and who is to come, the Almighty’” (Revelation 1:8). Near the middle of the Bible, when Job was coming out of his ordeal, he realized that God’s purposes cannot be restrained (Job 42:2).

“The Lord God Omnipotent reigns!” (Revelation 19:6). According to one source, the Greek word translated “omnipotent” (Almighty) in Revelation 19:6 is used some ten times with reference to God in the New Testament. It means to be “all-powerful” or “omnipotent.” God can do anything and everything that is consistent with His purpose, will, and character. “The things which are impossible with men are possible with God” (Luke 18:27).

“Is My hand shortened at all that it cannot redeem? Or have I no power to deliver? Indeed with My rebuke I dry up the sea, I make the rivers a wilderness; their fish stink because there is no water, and die of thirst” (Isaiah 50:2).

God said through His prophet: “Remember the former things of old, for I am God, and there is no other; I am God, and there is none like Me, declaring the end from the beginning, and from ancient times things that are not yet done, saying, ‘My counsel shall stand, and I will do all My pleasure’” (Isaiah 46:9–10). “He stirs up the sea with His power, and by His understanding He breaks up the storm” (Job 26:12).

God is infinitely wise. Paul wrote, “Oh, the depth of the riches both of the wisdom and knowledge of God! How unsearchable are His judgments and His ways past finding out! ‘For who has known the mind of the Lord? Or who has become His counselor?’ ‘Or who has first given to Him and it shall be repaid to him?’ For of Him and through Him and to Him are all things, to whom be glory forever” (Romans 11:33–36).

There is nothing of which God is unaware. He cannot learn anything. He cannot forget anything. He can never be surprised or caught off guard. He knows from the beginning of an event what the outcome will be. God told Moses and Aaron what Pharaoh’s reaction would be to their request, and to each of the plagues that would follow. He knew the heart of Pharaoh.

John said simply, “God is love” (1 John 4:8). Jesus spoke of God’s love as shown through Him: “For God so loved the world that He gave His only begotten Son, that whoever believes in Him should not perish but have everlasting life” (John 3:16). God “is a rewarder of those who diligently seek Him” (Hebrews 11:6).

Could we with ink the ocean fill,
Were every blade of grass a quill,
Were the world of parchment made,
And every man a scribe by trade,

To write the love of God above
Would drain the ocean dry;
Nor would the scroll contain the whole,
Though stretched from sky to sky!

He Is Completely Fair and Impartial.

God is equal in all His dealings. He gave His Son to die for every man (John 3:16; Hebrews 2:9). Luke wrote, “Then Peter opened his mouth, and said, “In truth I perceive that God shows no partiality. But in every nation whoever fears Him and works righteousness is accepted by Him” (Acts 10:34–35).

Leroy Brownlow wrote, “Nature testifies to His impartiality. Neither the rain nor the sunshine is an exclusive pro­duct (Matthew 5:45). It comes alike upon the king’s garden, the toiler’s sod, the rich man’s field, and the beggar’s dust. There is no ‘pull’ in nature.”[2]

He Is Fully Just—Good and Severe.

“Therefore consider the goodness and severity of God” (Romans 11:22). His gentleness is seen in the mellow sunlight, refreshing breezes, and April showers. A sterner side in His character is seen in Hebrews: “It is a fearful thing to fall into the hands of the living God” (10:31); and, “For our God is a consuming fire (12:29).

The God of the Bible is not only the only God—He is the Omni-God.

[1] This is also credited to a patient in a mental institution, who after his death attendants found these words scrawled on the walls. See www.ministrymagazine.org/archive/1950/09/the-story-of-the-love-of-God.