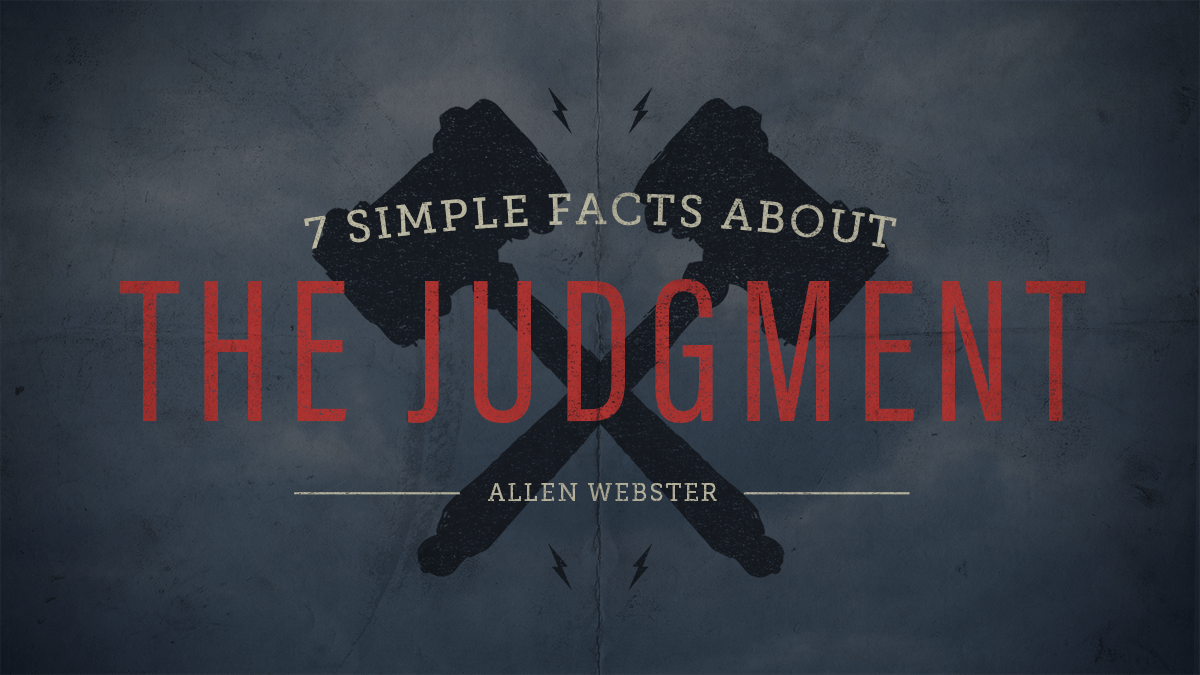 “The safest road to hell,” wrote C.S. Lewis, “is the gradual one—the gentle slope, soft underfoot, without sudden turnings, without milestones, without signposts.” Occasionally, we need reminding of that one great event toward which all of humanity marches.

JudgmentDay is coming. It is as sure as death for“it is appointed for men to die once, but after this the judgment”(Hebrews 9:27). There is no escape from it:“The day of the Lord will come as a thief in the night; in the which the heavens will pass away with a great noise, and the elements will melt with fervent heat;both the earth and the works that are in it will be burned up” (2 Peter 3:10; cf. 1 Chronicles 28:9).

Every person on earth needs to learn seven simple facts about the Judgment.

1. Jesus will be the judge.

Paul preached, “Truly, these times of ignorance God overlooked, but now commands all men everywhere to repent, because He has appointed a day on which He will judge the world in righteousness by the Man whom He has ordained. He has given assurance of this to all by raising Him from the dead” (Acts 17:30-31). Jesus is the “Judge of the living and the dead” (Acts 10:42)

God gave Jesus a name above every name. At the name of Jesus every knee will bow, including those in heaven and on earth and under the earth, and every tongue will confess that Jesus Christ is Lord, glorifying God the Father (Romans 14:10-11; Philippians 2:10-11). Thankfully, we will not have to give an account to other people, for they might be unfair or uninformed. Jesus loves us and knows us. He will be just; He will be fair.

2. The Bible will be the standard.

3. The stakes are high—eternity in heaven or hell.

“These will go away into everlasting punishment, but the righteous into eternal life” (Matthew 25:46).

4. Books will be opened.

John wrote, “I saw the dead, small and great, standing before God, and books were opened. And another book was opened, which is the Book of Life. And the dead were judged according to their works, by the things which were written in the books. The sea gave up the dead who were in it, and Death and Hades delivered up the dead who were in them. And they were judged, each one according to his works” (Revelation 20:12-13).

The books to be opened include

5. It will be a universal event.

All one hundred billion (plus) who have ever occupied earth will be judged. Jesus said, “When the Son of Man comes in His glory, and all the holy angels with Him, then He will sit upon the throne of His glory. All nations will be gathered before Him, and He will separate them one from another, as a shepherd divides his sheep from the goats. And He shall set the sheep on His right hand, but the goats on the left” (Matthew 25:31-33). “All” will appear before Christ in judgment (2 Corinthians 5:10), including our spouses, parents, children, neighbors, relatives, co-workers, fellow church members, religious leaders, every person we have ever met—and every person we have not met. No one will miss this appointment.

6. It will be a personal event.

Each will give an account “of himself” (Romans 14:11-12) “Each one” will be recompensed (2 Corinthians 5:10). We are rarely alone at critical moments in this life. When we are admitted to a hospital, a family member goes with us. If attending a funeral, a friend sits with us. If audited by the IRS, our accountant accompanies us. If we go to court for any reason, we hire a lawyer to advise us.

At the Judgment, though, we will be alone. Paul wrote, “We must all appear before the judgment seat of Christ, that each one may receive the things done in his body, according to what he has done, whether good or bad” (2 Corinthians 5:10). How will this take place? We are not told specifically, but we know that the judgment will be both universal and individual.

When there was sin in the camp of Israel (Joshua 7), the large assembly was divided into tribes. Once a tribe was identified by casting lots, it was divided into families. Then a family was selected and divided into households. Finally, lots were cast among individuals and Achan was chosen.

Since all nations will be there, perhaps earth’s population may be divided into the various nations. Presently, there are about two hundred nations. Imagine America being selected to come forward for judgment; citizens might be called first by state, then county, and city. Perhaps, since elders must give account of their flocks (Hebrews 13:17), we will next be called church by church, then family by family, and finally, individual by individual.