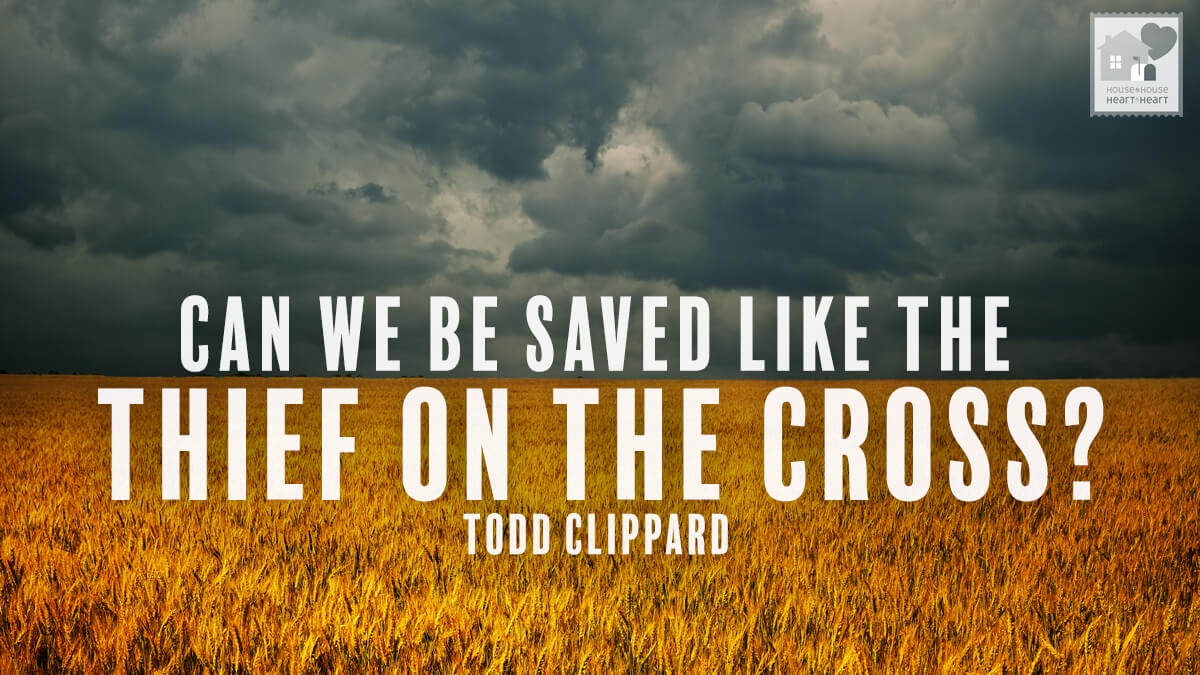 Home Bible Questions Can we be saved like the thief on the cross?

The thief on the cross didn’t get baptized, so how did Jesus say he would be with Him in paradise?

First, the thief on the cross was saved because Jesus spoke his sins forgiven (Luke 23:43). Jesus had power while on earth to remit sins (Matthew 9:1-8).

Second, it cannot be proven that the thief had not been baptized. Multitudes came from Judaea to John the Baptist to be baptized of him (Matthew 3:5). Also, the thief also had some knowledge of the coming kingdom (Luke 23:42). Where had he heard this “kingdom message?” This was John the Baptist’s message from the beginning of his work (Matthew 3:2). Thus, there is some evidence to suggest the thief had been taught at an earlier time.

Paul said a man who received the baptism of John was to believe on Him who was to come after, that is, on Jesus (Acts 19:4). The thief certainly did this. However, it is a moot point as Jesus clearly stated the thief would join Him in paradise that same day.

James said, “You see then how that by works a man is justified, and not by faith only” (James 2:24, emphasis mine TC). Earlier, James said the demons believe and tremble (2:19). Are the demons saved?

There is not one verse in all the Bible relegating baptism to being nothing more than a symbol.

There is not one verse in all the Bible relegating baptism to being nothing more than a symbol. Click to Tweet

Concerning Jesus and His teaching on baptism, you might hear, “Jesus says it is very important, yes, but not how you are actually saved.”

What Jesus said was – “He who believes and is baptized shall be saved.” This is not difficult to understand. Jesus specifically joined faith in the gospel message and baptism to salvation. The two verbs are joined by the conjunction “and” which places equal value on each action as necessary to receive salvation. Have an English teacher diagram Mark 16:16 and then ask him is both belief and baptism are necessary to be saved.

Additionally, how can one deny baptism when Saul of Tarsus was told in Acts 22:16 to “Arise, and be baptized, and wash away thy sins, calling on the name of the Lord”? This verse not only shows the washing away of sins takes place in baptism, but also explains how one “calls on the name of the Lord” in order to be saved (cf Acts 2:21; Rom 10:13).

Finally, Peter’s statement in 1 Peter 3:21 should put this argument to rest once and for all. The KJV reads, “The like figure whereunto even baptism doth now also save us.” The NASB reads, “Corresponding to that, baptism now saves you – not the removal of dirt from the flesh, but an appeal to God for a good conscience – through the resurrection of Jesus Christ.”

The fact that baptism is missing from the last half of Mark 16:16 is irrelevant. If one does not believe in Jesus, he is condemned already (John 3:18) and baptism is not an option for him. Consider the following example:

My perspective on baptism comes from the many other verses that could be cited to show the absolute necessity of baptism for remission of sins.

To deny the essentiality of baptism for salvation is to deny the clear statements of Jesus and the inspired writers.