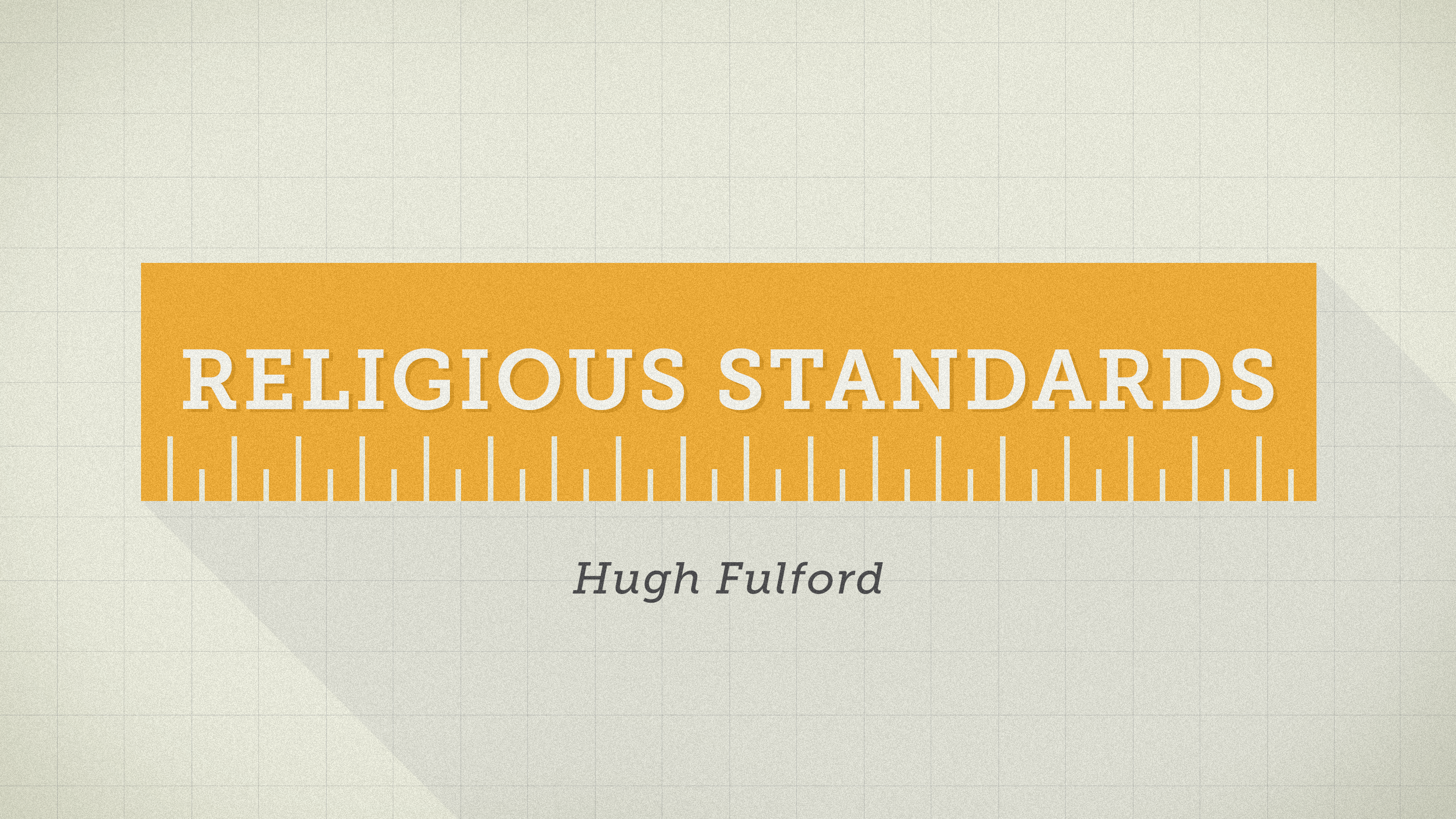 People today follow all kinds of religious standards and have all kinds of ideas about what God will and will not accept when it comes to beliefs, practices, and moral conduct.

Some believe that as long as they live up to the Ten Commandments, they will be acceptable to God.

Some believe that if they live by the Sermon on the Mount or just the Golden Rule, they will be acceptable.

Others think that as long as they are true to their own conscience, they will be acceptable.

One lady was heard to say, “I don’t know much about the Bible, but I know what I believe.” Therefore, “what I believe” was her standard.

“I don’t see anything wrong with it” is the standard of many, and that becomes the justification for a multiplicity of religious beliefs and practices.

Political correctness and the constantly evolving preferences of contemporary culture serve as the standard for many, be it to justify same-sex marriage, so-called gender equality in the church, or some other current issue.

“I believe God wants me to be happy” is the standard of those who want to justify their actions, regardless of what the Bible may say about those actions—a series of marriages, divorces, and remarriages in search of the “right” mate or situation.

Many adhere to the religion of their parents and ancestors. Theirs is a hand-me-down religion, with never a question or a doubt as to whether it is pleasing to the Lord.

The pope, the diocesan bishop, or the local priest is the authority for many.

The Book of Mormon, the writings of Charles T. Russell and Joseph F. Rutherford, and the numerous protestant creeds, church manuals, and catechisms authored by fallible humans are the standard for many others.

For many, “My own mind is my own church” (to quote Thomas Paine).