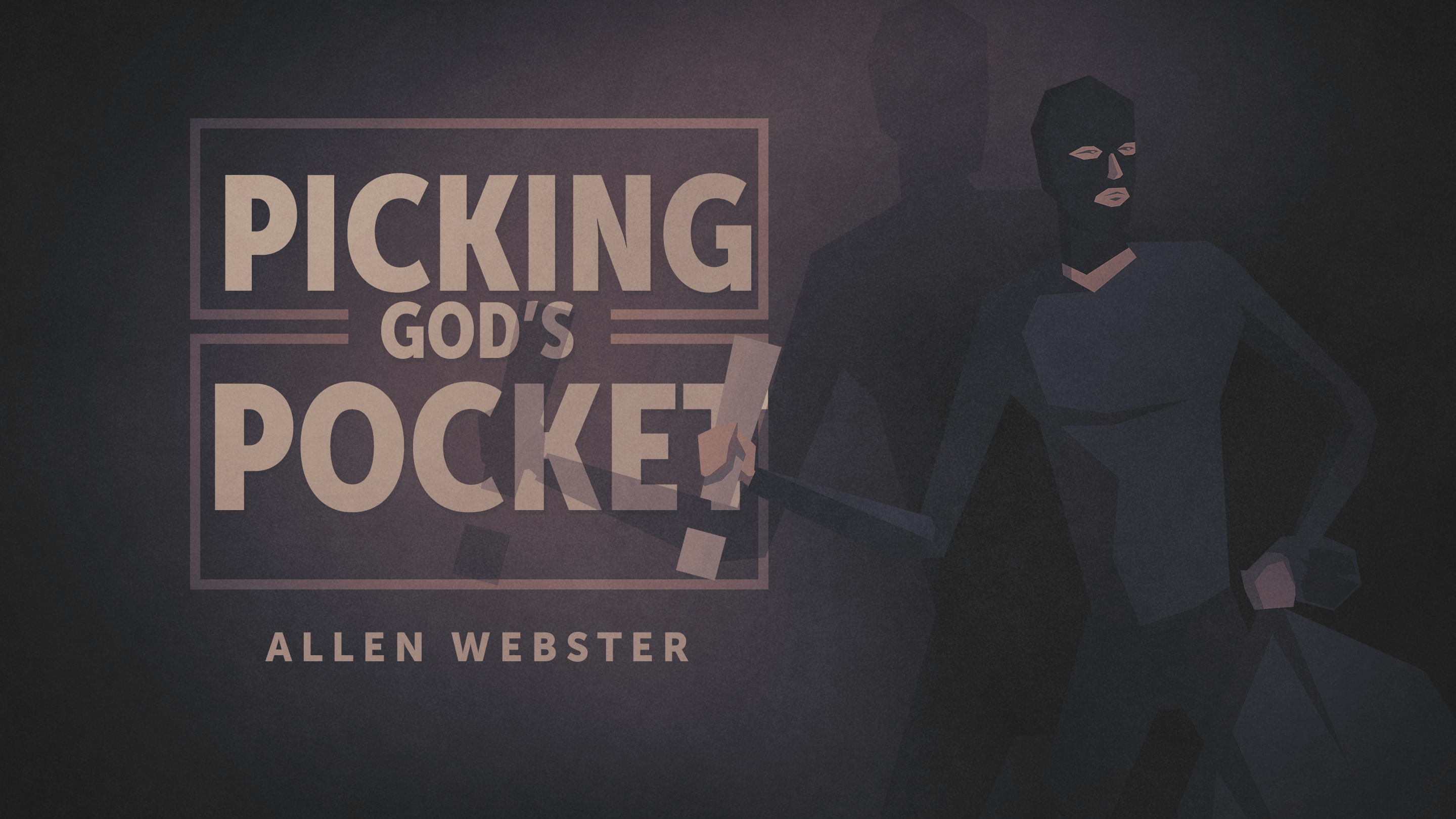 Hundreds of times each day an accomplished pickpocket steals another’s wallet undetected. Imagine such a person in the first century, trying to take valuables from Jesus as He walked down a Nazareth street. We smile to think of his chances. Jesus knew what people were thinking, so He could not be deceived (John 2:24–25). When the woman with an issue of blood merely touched the hem of His garment, He called her out (Mark 5:30).

Yet, remarkably, some try to pick God’s pocket all the time. They did it in the days of Malachi, and before him and since. Consider carefully three words from Malachi’s pen (3:8).

Will a MAN rob God?

The very thought of a frail creature of dust stealing from the omnipotent Creator of worlds is amusing. Man was created a “little lower than the angels” (Psalm 8:5) and God is “above the heavens” (Psalm 57:5). Servants may steal from masters and employees from employers, but for men to steal from God is in a different league. Men may never learn of their loss; God knows. Who does man think he is, thieving from his Benefactor?

Will a man ROB God?

Robbery is a despicable sin. Many who will lie, use filthy language, or drink alcohol would never stoop to steal. This sin is hated above most others.

Malachi’s peers answered the question with a question: “In what way have we robbed You?” They denied the charge. He replied, “In tithes and offerings.” Under Moses’ law, records were kept of required sacrifices and money offerings given to God. These Jews were withholding God His due. Which is worse, taking what does not belong to one, or keeping what belongs to another? Malachi’s conclusion: “There is no difference; you have robbed God by not paying what you owe.”

Christians rob God by being selfish in giving. Paul wrote of those who sow “sparingly” (2 Corinthians 9:6). While tithing is not commanded in the New Testament, generous, cheerful giving is: “Let each one give as he purposes in his heart, not grudgingly or of necessity; for God loves a cheerful giver” (9:7). Is it conceivable that those living under a better covenant, with better promises and more blessings, should give less than the ten percent required under the inferior law? As one grows stronger in the faith and is pros­pered by God, he should “abound in this grace” (2 Corinthians 8:7).

Some rob God by skipping a week’s giving here and there when they are away on vacation or out sick. However, the church’s commitments to missionaries, the needy, building notes, and utility bills do not cease when we are out of town.

We wonder how many houses have been built with money stolen from God. Do some drive cars, fish from boats, show off clothes, and enjoy vacations with money that really belonged in the collection basket?

God also has time stolen from Him. Most employees—and all employers—would agree that it is stealing to waste company time. When one is on the clock, his time is not his own; it belongs to the employer. This principle is true in spiritual matters (Ephesians 5:16). For a Christian to spend all his time in personal pursuits and have no time to visit the sick, help the hurting, teach the Bible, attend classes, worship, and support gospel meetings is spiritual theft. Of the average 112 weekly waking hours, how many do we spend in spiritual endeavors? Think of the good that could be done if a tenth—eleven hours—were given to God.

Will a man rob GOD?

Thieves may rob homeowners. Businessmen may cheat associates or shareholders. Students may default on loans. Citizens may cheat governments out of taxes. Mechanics may rob customers by charging for they did not do. And they may get away with it. But we are not dealing with government officials, unsuspecting consumers, or gullible stockholders.

God has never done anything but good for man (John 3:16; James 1:17); man has ever disappointed God (Genesis 3; Romans 3:23). God was not satisfied to give man only bread and water but also offers him milk and honey. He has provided necessities and luxuries. For man to further his failure by robbing God is a slap in the face of a caring Creator. The love of Christ should constrain men to give freely of themselves, their time, talent, and tender (2 Corinthians 5:14).

It comes down to stewardship. We speak of “my house,” “my car,” and “my money,” but these belong to God (Psalm 50:10, 12). The land we till, the houses we occupy, and the possessions we enjoy are His (Psalm 49:10–12). We are just caretakers (1 Corinthians 4:2). Immersion in a materialistic society distracts us from truly valuable pursuits. “Fear God and keep His commandments, for this is man’s all” (Ecclesiastes 12:13). Keep these words close: “Those who trust in their wealth and boast in the multitude of their riches, none of them can by any means redeem his brother, nor give to God a ransom for him” (Psalm 49:6–7).