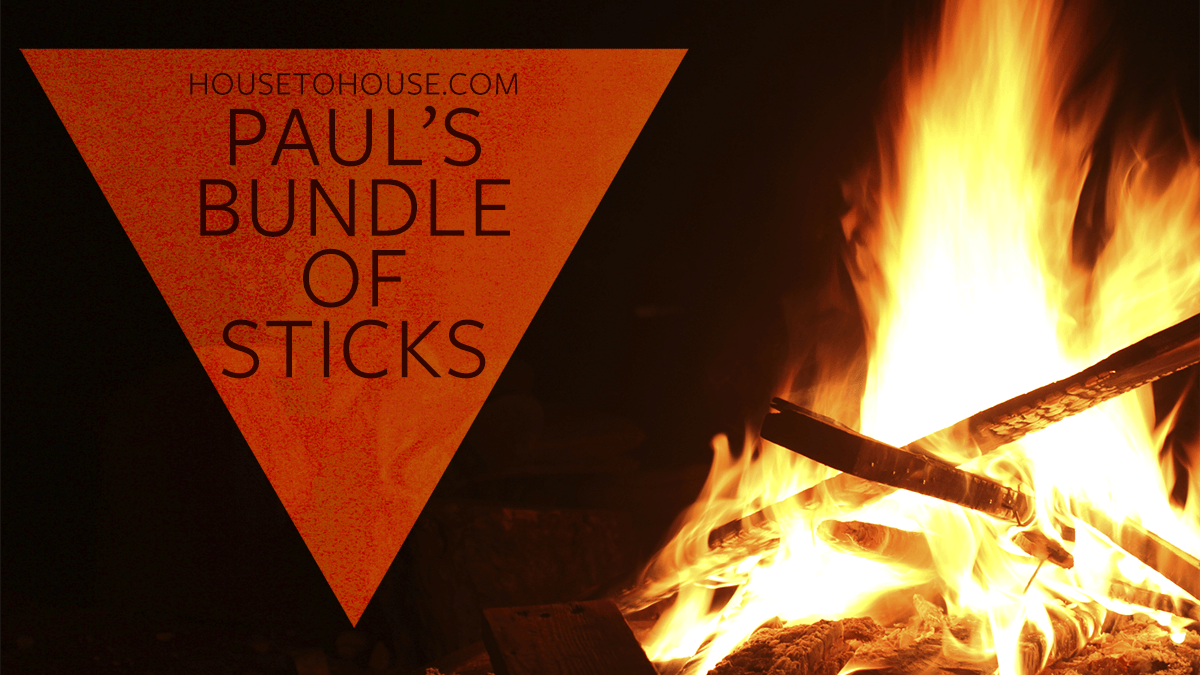 In Acts 28, after Paul and his shipmates survived a shipwreck and landed on Malta, the stranded passengers found themselves cold and wet in a strange place. The natives, however, were friendly and built a fire for them all (Acts 28:2).

It is interesting that Paul “gathered a bundle of sticks, and laid them on the fire” (Acts 28:3). This was when Paul was bitten by an apparently deadly viper.  Somehow, in reading this part of Paul’s journey to Rome, I overlooked a fundamental fact that helped make Paul great.

Paul did his part. When the others had built that fire, Paul was not content to let the others do it all. He did his share. Not only that, he did his share even at great personal cost. He did his share, though he might have rationalized that he had already done so much and been through so much. Paul noted their unusual kindness and was made to feel very welcome, and he showed his appreciation in a tangible way.

You may be a busy, active servant of God. You may have done much in the past for the cause of Christ. Yet think about how notable and inspiring it is to others, when you gather your own bundle of sticks to help the fire others have started.  It may be noted and remembered long after you are gone.-Neal Pollard, Denver, Colorado