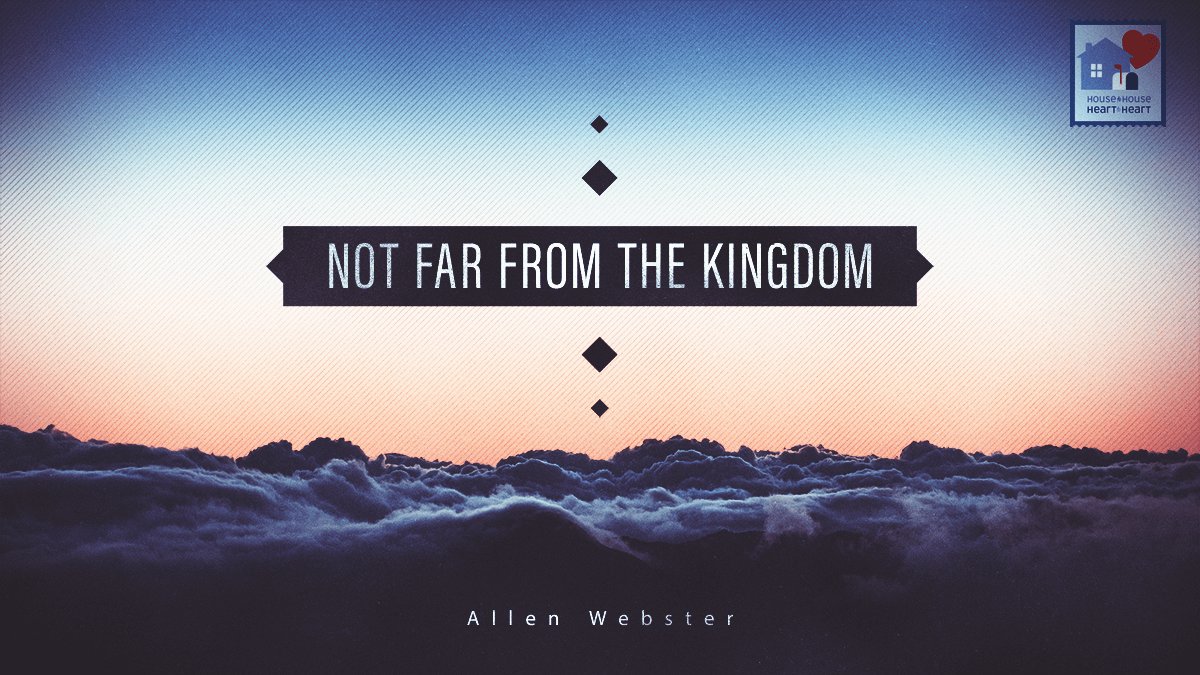 Home Editorial Not Far from the Kingdom

Jesus could see right through people. They might hide behind pleasantries and smiles around each other but not with Jesus. He knew all men (John 2:24–25).

The Pharisees feigned sincerity; He called them hypocrites. Sadducees framed flattering questions; He saw bait in the trap. Peter acted as if he had no fears; Jesus saw one who would soon dodge a maiden’s question.

In the context of Mark 12:28–34, Jesus had been dealing with those far from the kingdom—the Pharisees by their formality, the Sadducees by their skepticism, the publicans and sinners by their vices, and the multitude by its ignorance (Luke 11:15, 18, 27; 12:13–14, 18, 28). No one had come honestly desiring to know the truth, so all had been sent home in shame. However, Jesus saw something different in this scribe. He was close to the border of the spiritual kingdom of God.

He was a religious man. He came asking Jesus a Bible question and showed evidence of a love for God. The Ethiopian treasurer rode over a thousand miles to worship at a Jewish festival, but he, too, needed change (Acts 8:26–39). Saul of Tarsus was a Pharisee of Pharisees, but he found that religion alone could not please God (Galatians 1:14; 1 Timothy 1:12–16).

He was a knowledgeable man. Jesus had met many religious people who knew nearly nothing about the Bible, but this man was different. He had studied and showed good insight into the Old Covenant. Like him, some today are diligent students, though outside of Christ. If they will obey what they learn, God will save them (John 7:17; 6:44–45; Acts 2:36–41; 8:26–39).

He was near the kingdom. Jesus presents the church as a city into which one might walk. This man was near the border, or, as we would say, in the suburbs. One’s proximity to the kingdom of God is not an estimate of feet or inches, but of faith and obedience.

He was outside. Being near the kingdom is not the same as being in it. One may come ninety-nine miles of a one-hundred-mile trip and never arrive. One can pay for years on a home, then default on the last payment and never own it. The manslayer, pursued by the avenger of blood, could be within sight of the city of refuge, but if he were overtaken, he would die as if he were far from safety (Numbers 35:25–32).

Why was he there?

He had made great progress; all he needed was to take the final step. We know not what happened to him, but we would like to think that he was one of the three thousand who were added to the kingdom on Pentecost (Acts 2:41).

You may be in the same position. Do not delay outside the camp (Hebrews 3:7–8). Before George Washington crossed the Delaware, a Tory farmer gave the British general a note revealing Washington’s plan. Instead of reading the note, the British general placed it in his pocket. When he finally read the note, he was a prisoner of war. Do not wait until you are a prisoner of Satan in hell before thinking about obeying Christ. It is the first step that costs; it is the last step that pays.