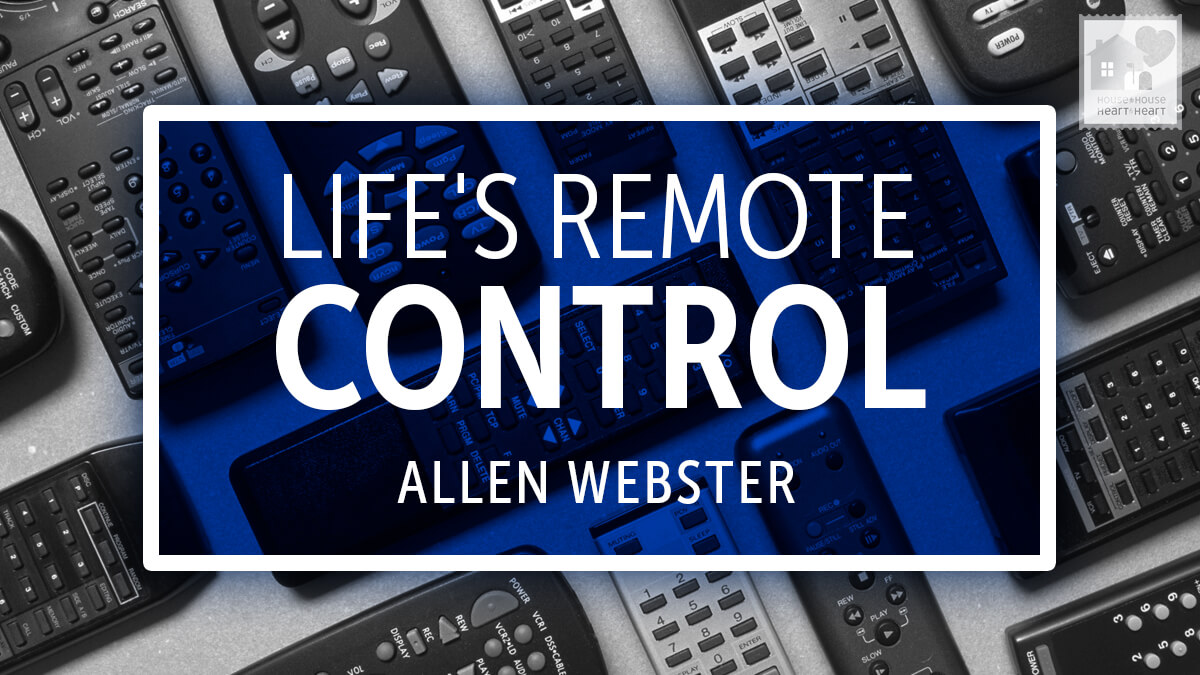 One young girl was asked to recite the fruit of the Spirit. She answered, “Love, joy, peace, patience, kindness, goodness, faithfulness, gentleness, and remote control…” (cf. Galatians 5:22-23). It might be easier if there was an omnipotent hand pressing the buttons to direct our lives, but it does not work that way—we must have self-control. The Bible says to add “temperance” to faith (1 Peter 1:6). Temperance is “self-control.”[popover title=”More” title_bg_color=”” content=”The New Testament word (egrateia, from en and kratos) literally means “one holding himself in” and refers to subduing fleshly, sensual appetites. Chrysostom defined it as “mastering passion of tongue, hand, and unbridled eyes.”” content_bg_color=”” bordercolor=”” textcolor=”” trigger=”hover” placement=”” class=”” id=””]*[/popover]

WE MUST CONTROL OUR TONGUES.

With it we can praise God, or we can curse Him. With it we can teach others the Good News, or we can teach false doctrine. With it we can encourage a brother, or we can discourage him. The tongue can say, “I love you” to a spouse or child, but the same organ can say, “I hate you” to an enemy. James addressed these possible discrepancies: “…the tongue can no man tame; it is an unruly evil, full of deadly poison. Therewith bless we God, even the Father; and therewith curse we men, which are made after the similitude of God. Out of the same mouth proceedeth blessing and cursing. My brethren, these things ought not so to be” (James 3:8-10). We must not use our tongues to constantly complain. It’s easy to find something to criticize; it takes a mature person to find something to compliment. Two kids sat down for lunch, and one opened his lunchbox and began to gripe. “Baloney again? This is the fourth day in a row! I’m sick and tired of baloney.” His friend said, “I bet if you just tell your mom you don’t like baloney, she’ll fix something else.” “Mom?” he replied. “I fix my own lunch!” The ancients said: “…I will take heed to my ways, that I sin not with my tongue: I will keep my mouth with a bridle, while the wicked is before me. I was dumb with silence, I held my peace…” (Psalm 39:1-2).

WE MUST CONTROL OUR TEMPER.

Anger should be held in by self-restraint (Proverbs 14:17; Proverbs 15:18; Proverbs 16:32; James 1:19 ). The Bible uses the word anger 234 times in 228 verses which shows it must be a problem for Adam’s race. The wise man said, “He that hath no rule over his own spirit is like a city that is broken down, and without walls” (Proverbs 25:28). Kipling said that it was the test of a man if he could keep his head when everyone else was losing his and blaming it on him, and if when he was hated he did not give way to hating. In sports we hear, “How a man plays the game shows something of his character; how he loses shows all of it.” Joseph showed self-restraint when he faced his brothers (Genesis 43:31), but Herod did not when the magi tricked him (Matthew 2:16). Though Jesus preached about anger (cf. Matthew 5:21-24), the ten disciples who heard about James’ and John’s plan to be exalted became indignant (Mark 10:35-45).

Times have changed. One mother said she had scoffed at the idea of a generation gap—until recently. When talking to her pre-teen daughter, she mentioned how important it was to be chaste. “But why, Mom?” she asked. “I’d rather do the chasing myself instead of being chased.” That’s a problem today—too many are more interested in being chasedthan chaste. The book, The Day America Told the Truth, reported: “Almost one-third of all married Americans (31%) have had or are now having an affair. This isn’t a number from Hollywood or New York City. It’s the national average for adultery…American affairs last, on the average, almost a year…Only a minority of those who are cheating (28%) have any plans to end their current affairs soon… Today, the majority of Americans (62%) think that there’s nothing morally wrong with the affairs they’re having….Sixty-seven percent of us are tempted at least once a week” (p. 94-98). In a time when adultery is laughed about and fornication among teens is expected, we need more teaching about self-control. It seems many have forgotten what the Lord said about sexual sin.

Some adults are like a group of first graders in Sunday School. The teacher was a little nervous about trying to explain, “Thou shalt not commit adultery,” and sure enough, a seven-year-old raised her hand with a question. She asked, “What does commit mean?!” People are asking the wrong questions. They are asking, “How can I get away with it?” instead of, “How can I avoid it?” They want to know, “How can I hide it?” instead of, “How can I elude it?” Solomon wondered, “And why wilt thou, my son, be ravished with a strange woman, and embrace the bosom of a stranger?” (Prov. 5:20). God still warns, “…whoso committeth adultery with a woman lacketh understanding: he that doeth it destroyeth his own soul” (Proverbs 6:32; cf. Hebrews 13:4). Recent political scandals show the truth of this statement even in a modern age. Paul discussed self-control with another politician named Felix. His three points were: “righteousness, temperance, and judgment to come” (Acts 24:25). Paul made his point to the extent that this Governor “trembled.” It is no wonder that Felix was terrified. He was a stranger to righteousness, knew no self-control, and was unprepared for the judgment. According to Tacitus, he was guilty of “every kind of cruelty, and lust, he exercised the authority of a king with the temper of a slave.” The historian represents Felix as considering himself licensed to commit any crime with impunity (Annuals, 11:54). The last of his three wives, the beautiful Drusilla, young daughter of Herod Agrippa I, was wooed away from her husband Azizus, king of Amesa. Thus Felix had been married three times and Drusilla twice. Sexual scandal among politicians is nothing new, of course; for that matter it’s nothing new among citizens, either! All—great and small—will be judged by the same Book on the world’s last day (John 12:48;Revelation 20:12-15).

WE MUST CONTROL OUR PHYSICAL APPETITES.

Peter pled, “Dearly beloved, I beseech you as strangers and pilgrims, abstain from fleshly lusts, which war against the soul” (1 Peter 2:11). In December 1993, a thirty-two-year-old man in Beunos Aires died of overeating. At death he weighed 660 pounds. Five days before he died, he ate an entire piglet for dinner, which put him in intensive care. To carry him to the hospital, doctors had to call the town’s fire brigade. Any appetite that’s out of control is dangerous, whether it is the appetite for food, drink, nicotine, money, or power (1 Corinthians 6:12). Take drinking, for instance. The Bible forbids drunkenness, of course (Prov. 23:29-35; Prov. 20:1), but it forbids more than just legal intoxication (.10% blood alcohol level in most states). We should avoid even “looking at” (tempting ourselves with) wine in the cup (Proverbs 23:31); the wicked servant was condemned for “drinking with the drunken” (Matthew 24:49); and Paul forbade being “drunk with wine” (Ephesians 5:18), a word meaning, “to begin to be softened with wine.” Paul also taught that Christians are not to associate with drunkards (1 Corinthians 5:11. While working as the chaplain for the Cub Scouts, one man asked the boys if they could name any of the Ten Commandments. They began to call out several, including, “Don’t drink and drive!” It’s not exactly one of the Ten Commandments, but it is pretty close.

Remember, life’s only remote control is the one between our ears.