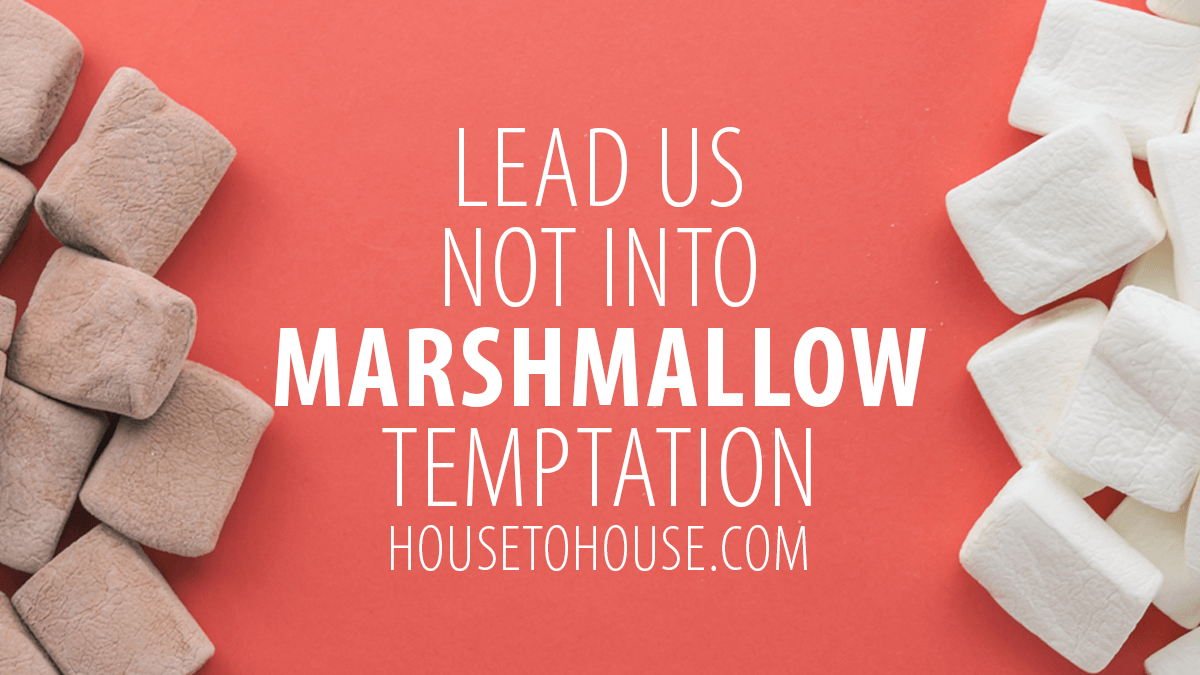 Home Christianity Lead Us Not Into Marshmallow Temptation

The famous Marshmallow Experiment is very interesting, and the implications are staggering. It seems that a scientist can see the future by watching four-year-olds interact with a marshmallow.

The researcher invites the children, one by one, into a plain room and begins the gentle torment. “You can have this marshmallow right now,” he says. “But, if you wait while I run an errand, you can have two marshmallows when I get back.”

And then he leaves the room.

Some grab the marshmallow the minute he’s out the door. Some last a few minutes before they give in.

Others are determined to wait. They cover their eyes; they put their heads down; they sing to themselves; they try to play games or even fall asleep.

When the researcher returns, he gives these children their two hard-earned marshmallows.

Then, science waits for the children to grow. By the time these children reach high school, something remarkable has happened. A survey of the children’s parents and teachers finds that those who as four-year-olds had the fortitude to hold out for the second marshmallow generally grew up to be better adjusted, more popular, adventurous, confident, and dependable teenagers.

The children who gave in to temptation early on were more likely to be lonely, easily frustrated, and stubborn. They buckled under stress and shied away from challenges.

When some of the students in the two groups took the Scholastic Aptitude Test (SAT), the children who had held out longer scored an average of 210 points higher.

The ability to resist temptation—to delay gratification and to control one’s urges—is one of life’s great success skills. Life calls for vigilance. Temptation is always at hand. But remember, we are never alone.

“There hath no temptation taken you but such as is common to man: but God is faithful, who will not suffer you to be tempted above that ye are able; but will with the temptation also make a way to escape, that ye may be able to bear it.” 1 Corinthians 10:13