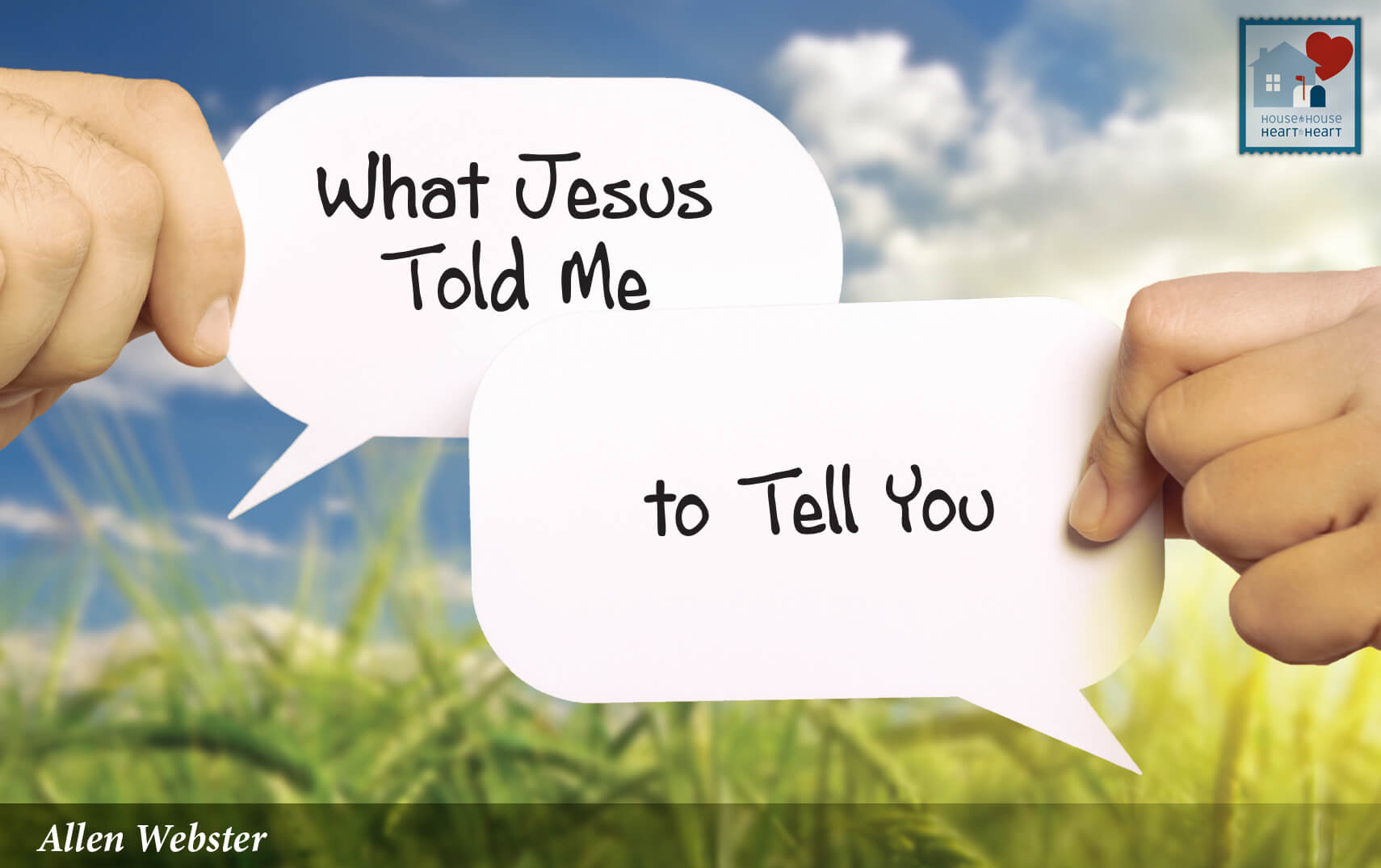 Home Editorial What Jesus Told Me to Tell You

Just before returning to heaven, Jesus pointed a nail-scarred hand at a world for which He had just died and told His followers to “go.”

The message they were to take was the simple gospel. Gospel means “good news” and refers to sharing the fact that—because of His sacrifice on Calvary—all men can be saved and go to heaven.

The “go” command is for every generation. The early Christians took the gospel to their world (Romans 10:18; Colossians 1:23); we must take it to ours. This task now falls to me, among others. Through this commission, Jesus told us to tell you His message.

Will you give me that opportunity?

The gospel has three facts to believe (1 Corinthians 15:1–4)

While the gospel is good news, it has at the heart a tragedy: the death of Christ on a cross. God used this horrible event to pay the price for man’s sin (Isaiah 53:11; Romans 3:26).

Jesus’ death unfolded in a series of events:

Isaiah foretold that the Lord would be associated with the rich in death and His grave would be with the wicked (Isaiah 53:9).

Jesus was crucified between two thieves;  then “a rich man of Arimathaea, named Joseph” asked Pilate for permission to bury Jesus’ body (Matthew 27:57–58). With the help of Nicodemus, Joseph “wrapped it in a clean linen cloth, and laid it in his own new tomb, which he had hewn out in the rock: and he rolled a great stone to the door of the sepulchre” (Matthew 27:57–60, John 19:39).

The underlying proposition to the whole Bible is Acts 13:30: “God raised him from the dead.” If this is not true, then there is no gospel. We can throw the Bible away, for it contains no hope for humanity. But thanks be to God, it is true!

There is much more evidence, but let’s focus on one sufficient, indisputable fact: “He shewed himself alive after his passion by many infallible proofs, being seen of them forty days” (Acts 1:3). At least 515 eyewitnesses saw Him on twelve different occasions over a period of forty days:

The resurrection of Christ is a fact proved, like other facts, by credible witnesses. Tim LaHaye points out that if you hit a hole-in-one playing golf Saturday, how would you prove it to incredulous friends on Sunday? You would call over your golfing partner to confirm that he saw it (Jesus: Who Is He?). Paul appeals to witnesses to the resurrection, and then he shows that it was not possible that so many people were deceived (1 Corinthians 15:5–7). If five hundred reliable witnesses are insufficient to prove a fact, then no number would be enough. A thousand or ten thousand would not be any more convincing.

The Gospel has three commands to obey

The Bible speaks of obeying the gospel (Romans 10:16; 2 Thessalonians 1:8), which implies that the gospel contains commands (a fact or promise cannot be obeyed). What are the commands?

Unbelievers were told to believe.

Believers were told to repent.

Peter told those on Pentecost who were convinced that Jesus was God’s Son to repent of their sins, and be baptized for the remission of sins (Acts 2:37–38).

Penitent believers were told to be baptized.

Upon confession, Philip baptized the first Ethiopian convert to Christ (Acts 8:37). Saul of Tarsus believed in and confessed Christ on the Damascus road (Acts 9:6; cf. Romans 10:9–10). He was sorry for his sins (penitent), as shown by his fasting and praying. Thus he was simply told to “arise, and be baptized, and wash away” his sins (Acts 22:16; cf. 1 Peter 3:21).

Since God is impartial (Acts 10:34–35), He requires the same things for all to be saved. If you obey the simple gospel, you, too, will be saved.

The Gospel has three promises to enjoy

The first promise of the gospel is salvation (Mark 16:16).

Salvation is always from something—one is saved from a burning building or saved from drowning. Our greatest leaders have saved us from great enemies —George Washington at Valley Forge; Abraham Lincoln in the Civil War; Eisenhower on D-Day.

Peace is one of humanity’s greatest needs. H. G. Wells described a character “not so much a human being as a civil war” (The History of Mr. Polly). Many people are walking civil wars who enjoy no peace.

Men are without peace because they are without God, the source of peace. Isaiah recorded, “There is no peace, saith the Lord, unto the wicked” (Isaiah 48:22). The wicked are not only those who do bad things, but also those who do not acknowledge and follow God (Isaiah 59:8).

Men are without peace because they seek it in the wrong places. Alcohol, drugs, sex, cannabis, and nicotine provide diversion (and destruction, Proverbs 13:15; 20:1), but not lasting peace. Work and recreation keep one occupied, but in quiet moments inner turmoil returns. Paul wrote, “To be carnally minded is death; but to be spiritually minded is life and peace” (Romans 8:6).

Men are without peace because they believe it requires peaceful circumstances. The gospel promises peace in the midst of conflict (Matthew 5:1–12). Sometimes the gospel even puts us in conflict with others (2 Timothy 3:12).

Yet God’s peace can “rule” in our hearts regardless of external relationships (Colossians 3:15). Some of the earth’s most violent weather occurs on the seas, but the deeper one goes, the more tranquil the water. Oceanographers report that the deep ocean floor is absolutely still. This is what Christ offers. The world rages all around, but the inner man has peace passing understanding (Philippians 4:7).

Peace with God is only possible on the terms of unconditional surrender. We cannot give God Sundays but keep the rest of the week for ourselves. We cannot give up most sins but keep one pet habit. We must deny ourselves to follow Him (Luke 9:23). James said, simply, “Submit yourselves therefore to God” (James 4:7).

The third promise of the gospel is hope (Colossians 1:23).

Of these three great virtues, hope may be the most distinctively Christian (Titus 1:2; cf. Ephesians 2:12).

One may ask, “If I become a Christian, what’s in it for me?” The gospel will rescue you from the consequences of your past sin, give you present peace of mind, and fill you with hope for the future.