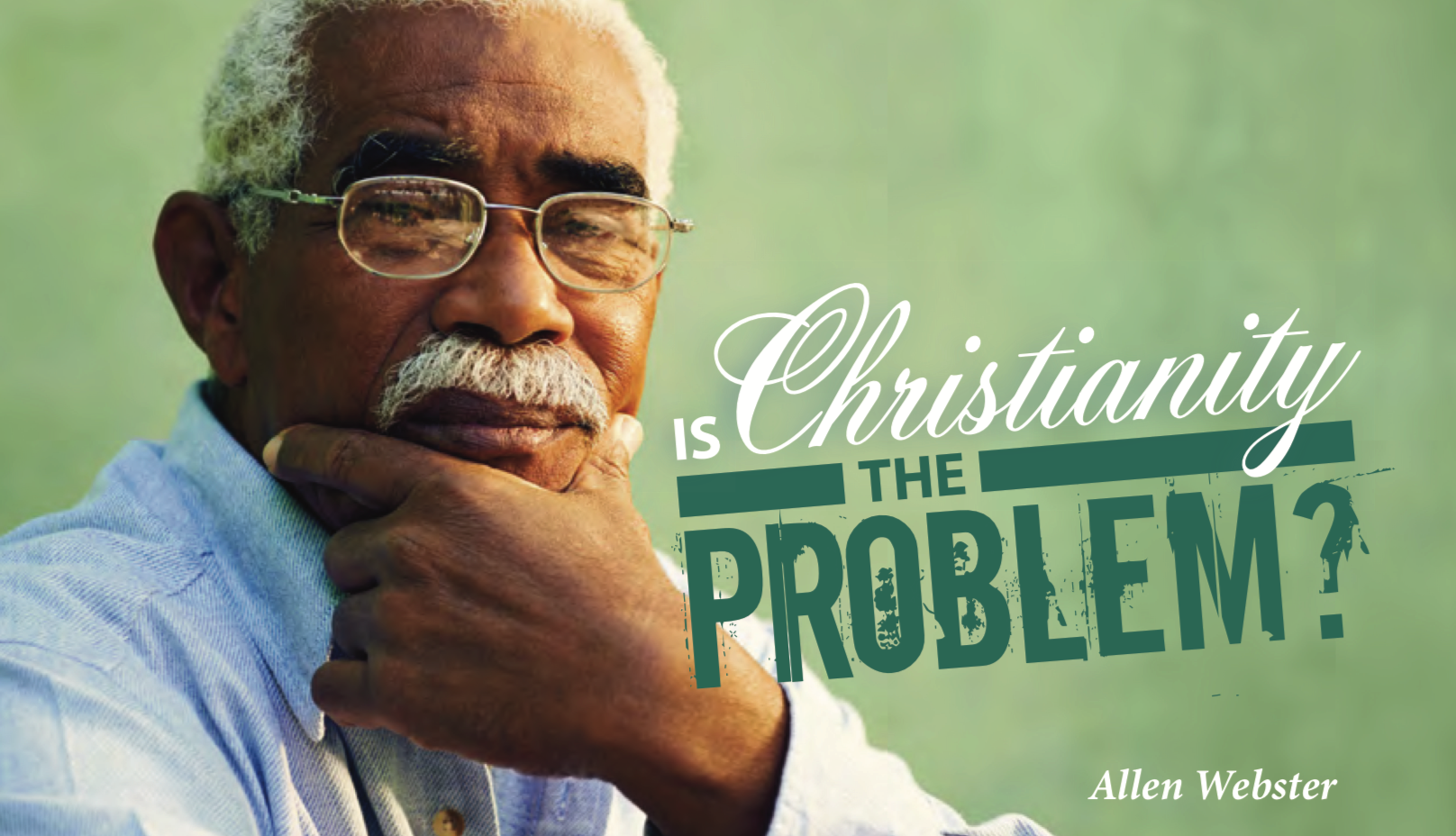 The sacred-secular divide grows wider. And louder. Many secularists see Christians as hateful, judgmental bigots. Some see them as bullying elitists.

The one side believes that most of the world’s worries, woes, and wars are due to the forefathers’ primitive superstitious thinking, Christianity’s discriminatory ideals, and the Bible’s barbaric ideology.

Some advocates of Christianity see themselves as the only source of any good in society and want to create a modern City of God by merging church and state.

Let’s take a more balanced view. Christians do not have a monopoly on being good or doing good. Secular people are often community-oriented and philanthropic. Nonreligious people love their neighbors and are generous friends, exceptional citizens, and loving parents. Those of other religions often are kind, benevolent, and open-minded. Some who claim to follow Jesus are not much like Him. There certainly are some mean-spirited holier-than-thou types out there.

To be fair, both sides should avoid stereotypes. This article deals with Christianity, so let’s define what that is.

We are not defending religion in general. Religion has been a catalyst for many of the world’s troubles and presently stands as a threat to humanity’s peaceful coexistence. Christianity is a religion, but it does not stand and fall with religion. Each religion’s validity must be considered separately. It is easy to say, “Well, all religion is the same,” or “Everybody thinks his version is right,” without investigating. The easy way is seldom the best way. We have the ability, time, and intelligence to read, compare, and make a fair determination. To be intellectually honest, we should. “Let us reason together” (Isaiah 1:18).

We are not defending Christendom. No defense can be made for men’s religions that loosely claim to be Christian (Mark 7:7–9). Many churches have been founded over the last two millennia claiming to belong to Jesus that He does not recognize (Matthew 15:13). Among other errors, they perpetrated the Crusades, tortured heretics, and limited science.

Jesus built His church as He wanted it (Matthew 16:18; Acts 2) and forbade tampering with it (cf. Revelation 22:18–19). Those who violate His copyrights, change His patterns, and revise His doctrines come away with something different from His church (Galatians 1:6–9). Not surprisingly, their religions do not work as intended.

Blaming Christianity for its cheap imitators is like complaining that a counterfeit bill will not buy anything (Proverbs 14:12; Jeremiah 10:23). The presence of counterfeits does not negate the value of the genuine. Compromised Christianity has no power to save, but power still resides in the original (Romans 1:16).

We are not defending everyone who wears Christ’s name. Christianity is often judged by individual failings, but it should not be. This is like the man who bought a pig from a farmer. In the litter, there were six perfectly formed, healthy piglets. There was one misshapen, sickly runt. When the man picked out the runt, the farmer said, “You don’t want him. Pick a pretty one.” The man said, “No, I’ll take him.” As he drove off, he remarked, “I’m going around to the other farms and show them the kind of pigs you raise.” Was that fair?

None perfectly follow the perfect gospel (1 John 1:6–10). There are moral, ethical, and personal failings among Christ’s followers, although perhaps fewer than some suppose. This does not prove the gospel ineffective. Jesus had Judas among the apostles. He warned that “the love of many will grow cold” (Matthew 24:12).

The finest university professors have students fail their classes. It is unfair to point to dropouts as evidence of poor teaching or a failing institution. Every doctor fails to cure some people; each hospital loses patients to death. It is unfair to say a large hospital “let a hundred people die last year,” when they saved thousands, or that a doctor cannot cure anybody because she could not help one.

The question remains: Is Christianity the problem? Judge for yourself.

Christians treat others as they wish to be treated and are kind to those who are not.

Jesus said, “Therefore, whatever you want men to do to you, do also to them,” (Matthew 7:12). His famous philosophy, “Love your neighbor as yourself” (Mark 12:31), led Him to treat each person, regardless of race, gender, status, education, or homeland, as equal (cf. John 4). Every person today is worthy of the good news of grace and God.

Christians believe in turning the other cheek and loving enemies (Matthew 5:39, 44). People will be jerks sometimes. The might-makes-right crowd will persecute, given the opportunity (cf. 2 Timothy 3:12). This is inevitable. Responding with grace shows love is more powerful than hate. That is irresistible.

Christians help the sick, homeless, and disenfranchised, expecting nothing in return.

He taught, “Freely you have received, freely give” (Matthew 10:8); “Do good, and lend, hoping for nothing in return; and your reward will be great” (Luke 6:35). Those inspired by His example founded most present-day hospitals, orphanages, and homes for abused women.

Studies show that Christians are more likely than others to do good deeds. They volunteer more time and donate more to good causes. When a disaster occurs, they are among the first responders.

As citizens, Christians obey the law and pay taxes.

As neighbors, Christians live in peace with others.

In practically all communities across the land, Christians and non-Christians live side by side in harmony. They may profoundly disagree on many things, but they get along.

Christians believe in speaking the truth in love (Ephesians 4:15) while living “peaceably with all” (Romans 12:18; cf. Hebrews 12:14). With quietness they work and provide for themselves (2 Thessalonians 3:12). They pray that leaders will let them “lead a quiet and peaceable life” (1 Timothy 2:2).

Instead of agitating and making demands, Christians try to stay under the radar. Solomon wrote, “Fear the Lord and the king; do not associate with those given to change” (Proverbs 24:21).

As to worldview, Christians believe life here is preparation for life hereafter (Ecclesiastes 12:13–14).

Christians live in two worlds—a visible physical one and an invisible spiritual one (Philippians 3:20). They wrestle against spiritual wickedness (Ephesians 6:12). These battles take place as Satan tempts humans with the lust of the eyes, the lust of the flesh, and the pride of life (1 Peter 5:8; 1 John 2:15).

Believing they will give account for their behavior motivates them to live soberly, righteously, and godly (2 Corinthians 5:10; Titus 2:12). There is heaven to gain and hell to shun (Matthew 25:46; Luke 16:23).

This Bible’s teaching on morals differs from the views of many today. God’s original intent is seen in Eden. Since it was not good for man to be alone (Genesis 2:18), God took a rib from man, made Eve, and brought her to be Adam’s wife.

On that occasion, God expressed His design for the home in twenty-one simple words: “Therefore a man shall leave his father and mother and be joined to his wife, and they shall become one flesh” (2:24). He commanded them to multiply (Genesis 1:28). God gave no instructions initially regarding divorce or same-sex relationships. Later He did, reinforcing His original intent of lifelong male-female relationships (Matthew 19:9; Romans 1:24–27; 1 Corinthians 6:9–11).

Keeping the mind clean (Matthew 5:28) and the body modestly clothed (1 Timothy 2:9); treating the opposite sex respectfully (1 Timothy 5:1–2), and staying pure while single (2 Timothy 2:22) and faithful while married (James 2:11) present challenges. Yet these choices avoid the serious problems that promiscuity brings (Proverbs 13:15), including

Hooking up and bragging on Instagram may be popular, but it is not the wise path in the long run. The Christian lifestyle is healthier physically, emotionally, and spiritually (1 Corinthians 6:18–20).

God’s plan for sex is unchanged by culture (Hebrews 13:4, 8). Calling evil, good, and good, evil do not change them (Isaiah 5:20). His unchanging word will judge all at the end (John 12:48; Jude 1:3). At the same time, Christians know that each person has the right to choose God’s plan or reject it. The Bible nowhere appoints Christians as God’s police over non-Christians’ sexual behavior (1 Corinthians 4:5).

As families, Christians believe in lifelong commitments, while helping those without families.

Christians believe in teaching without coercion.

Spreading the good news is fundamental to Christianity. Jesus’ final command on earth was, “Go into all the world and preach the gospel to every creature. He who believes and is baptized will be saved” (Mark 16:15–16).

Thus, Christians go. Christians teach. Christians do not manipulate, coerce, or intimidate. No Christian is authorized to force submission by physical force, cultic practices, or threat of the sword. In the marketplace of ideas, the gospel needs no propping up—it is powerfully attractive by itself (John 12:32). It is like perfume in a bottle. Let it out and it will do the rest.

As farmers, disciples plant seeds, water them (1 Corinthians 3:6), and wait for God to give increase (3:9). He draws sinners with sacrificial love (Romans 5:6–8), the offer of a better life (John 10:10), and the promise of eternity in an unimaginably wonderful place (Revelation 21).

Christianity is good for society. If everybody followed Jesus today, the world would be a better place tomorrow.

It is even better for individuals. It leads to better health, happier lives, and longer lifespans.1 Christianity is great now, but by far, the best is yet to come.

1 relevantmagazine.com/life/surprising-links-between-faith-and-health. Conversely, having no religion is like smoking a pack a day for 40 years (heritage.org/civil-society/report).