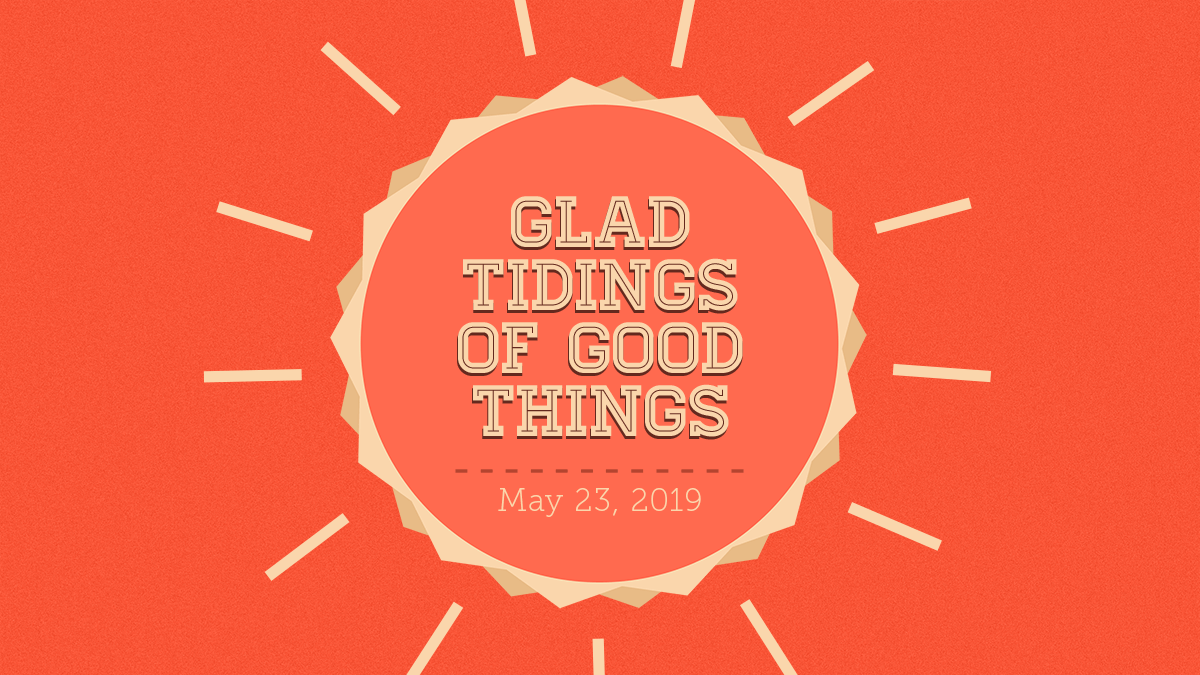 The atheist says that there is no God. All wonders around us are accidental. No mighty hand made the thousand-billion stars. They made themselves. The earth spins itself to keep the oceans from falling off. Infants teach themselves to cry when hungry or hurt. Faith is the crutch for the ignorant.

Has he examined the evidence? Which is based on facts, belief or unbelief? Which makes more sense?

Certainly, God exists! We are evidence of it. “For every house is built by someone, but He who built all things is God” (Hebrews 3:4). Let us join David in exclaiming to God, “I will praise You, for I am fearfully and wonderfully made; Marvelous are Your works; and that my soul knows very well” (Psalm 139:14). —Terry Hightower

Conclusion: Galatians 6:7—what we sow is what we reap. We must sow the right seed—the Word of God (Luke 8:11).

Henry Ward Beecher declared, “A helping word to one in trouble is often like a switch on a railroad track . . . An inch between wreck and smooth, rolling prosperity.” This quote reminds me of a couple of statements made by Solomon:

As Christians, we should look for opportunities to speak a good word.

—William Manchester, The Glory of the Dream.

Three things are wrong with this statement.

‘Tis Midnight and on Olive’s Brow

I love the poetry and melody of the William Tappan hymn, “’Tis Midnight, and on Olive’s Brow.” It is also rich with meaning, but because it was written 200 years ago, its wording may be difficult for younger worshippers to understand. Good worship requires not only proper actions, but mental engagement and a heart-connection with the lyrics.

The first verse begins, “’Tis midnight, and on Olive’s brow.” Some may have no idea what that means. The song is about Jesus in the Garden of Gethsemane the night He was arrested and ultimately led to the cross.  Tappan seems influenced by Luke’s account. While scripture does not single out the hour of midnight, it does indicate Jesus was there at night (see Luke 22:56, 66; cf. John 18:3; Matthew 26:31, 34). Luke 22:39 indicates the garden’s location as the Mount of Olives. “Brow” would be a poetic, late Middle English word for the top of a hill. The phrase, “The star is dimmed that lately shown” would simply reinforce the idea of darkness and the anxiety it would add to Jesus’ suffering.

The second verse is self-explanatory, though it might help some to remember that the phrase, “the disciple whom Jesus loved” (John 19:26; 20:2; 21:7, 20) appears to be a humble term John uses to describe himself in his gospel.  “Heeds not” simply means “does not hear”; he had fallen asleep with the rest of Jesus’ inner circle of disciples (Mark 14:37).

The third verse is also straightforward, though we have another allusion to Luke’s gospel, with “the Man of Sorrows weeps in blood.” Luke 22:44 tells us that Jesus, “being in agony” was praying “more earnestly,” and His sweat became like drops of blood.” The second line of this verse speaks of Jesus’ kneeling in anguish (Luke 22:44), saying Christ was “falling down to the ground.”

The last verse might cause trouble. “’Tis midnight, and from ether plains is borne the song that angels know,” is, for many, incomprehensible.  “Ether plains,” is a poetic reference to “upper regions” or heaven. The song seems to allude to that part of the garden experience when “an angel appeared to Him from heaven, strengthening Him” (Luke 22:43). While this verse seems to strain the meaning of Luke’s words, it is a beautiful thought that angels or even the Father sang to comfort the suffering Son (cf. Hebrews 5:7).

We should take the time to understand the words of the songs we sing in worship. This keeps worship from being merely external, without heart (cf. Matthew 15:8). Perhaps, too, it serves as a notice that we should explain the meaning of older songs, especially those couched in language we do not use. It should also awaken the awareness that we need to incorporate songs in worship that are more contemporary in language and melody along with these beautiful, older songs. —Neal Pollard