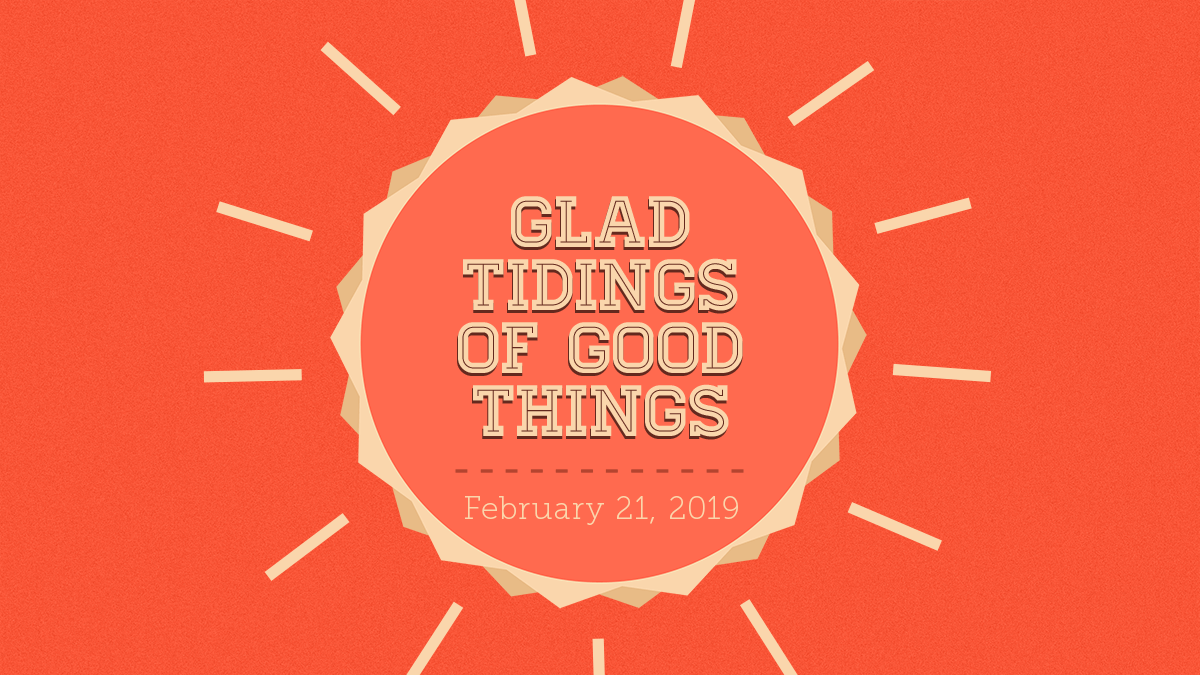 America’s most famous architect, the late Frank Lloyd Wright, designed some unusual buildings. Among them is Fallingwater, a house built in the mid-1930s over a waterfall in southwest Pennsylvania. Stretching out over a thirty-foot waterfall, the structure creates the illusion that it is not built on solid ground. When it was completed, the house was an instant hit with the public, and today is a popular National Historic Landmark.

On a university campus in Florida stands another of Wright’s creations: a library with an extremely low ceiling—so low that if you are six feet tall and not careful, you’ll bump your head. An architecture student once asked why Wright had designed such a building. Said her professor bluntly that it was “because he hated tall people.”

In Jesus’ time, “tax collectors” appeared high on everyone’s “most hated” list. The Jews were an oppressed people, living under the Roman military occupation. They regarded their assessments more as forced tribute to the emperor than as funds collected to defray expenses for governmental services. The despised tax collectors were those Jews who had bought their offices from the Roman authority. The Roman oppressor simply assessed the tax collector a fixed amount for his territory. He, in turn, had the job of raising the money—with enough left over to make it a profitable business for himself. This was, in effect, a license to practice greed and injustice. The more taxes collected, the higher the tax collector’s profits. Gangster methods of collection were not uncommon. For these reasons, a tax collector was regarded not only as an extortionist, but as a traitorous person who had “sold out” to the Roman oppressors.

Jesus met Zacchaeus, the regional tax collector. He was determined to get close to Jesus “to see what kind of man” He was. But when Jesus arrives, Zacchaeus, being a short man (who would fit nicely in that Frank Llloyd Wright building), cannot see over the crowd. He climbs a tree.

Read Luke 19 to see Jesus’ love for the unlovely and take heart.

Leave Them Back There

Have you noticed that when people try to adopt practices from the Old Testament, it results in a sort of offshoot?

There is another class of Judaizing off-shooters—the Christian Church—they love their instruments, and they go back and bring them over.

They teach the difference in the testaments, whereas the others do not, and they are therefore downright inconsistent.

If the Christian Church preacher should argue with an Adventist on the Sabbath question, or a Methodist on the infant question, or a Mormon on the polygamy question—he would know where to make them stay. Ah, he would keep them back in the Old Testament; he would not let them cross the line between the testaments. But when he wants his mechanical instrument in the church—what does he do? He says, “David did it!” Well, David had eight wives and took more (and concubines besides), the Bible says (2 Samuel 3; 5). God would not let David build the temple because of some things he did, but there are preachers today who think he can order the worship for the church of Jesus Christ —Foy E. Wallace, Jr.

There’s No Use Trying to Hide

On a visit to New York, an Englishman and a Scotsman go to a pastry shop. The Englishman whisks three cookies into his pocket with lightning speed. The baker does not notice.

The Englishman says to the Scotsman: “You see how clever we are? You’ll never beat that!”

The Scotsman says to the Englishman: “Watch this, a Scotsman is always cleverer than an Englishman.” He then says to the baker, “Give me a cookie, I can show you a magic trick!” The baker gives him the cookie which the Scotsman promptly eats.

Then he says to the baker: “Give me another cookie for my magic trick.” The baker is getting suspicious, but he gives it to him. He eats this one too. Then he says again: “Give me one more cookie.”

The baker is getting angry now but gives him one anyway. The Scotsman eats this one too. Now the baker is really mad, and he yells: “And where is your famous magic trick?”

The Scotsman says: “Look in the Englishman’s pocket!”

How many of us, like the Englishman, think that we are clever enough to get away with doing something wrong with no one finding out? We hide from our coworkers, we hide from our family members, we sometimes even think we can hide from God.

But God’s Word reminds us that while others may never find out, we cannot hide anything from God. Adam and Eve learned that lesson the hard way (Genesis 3). So did Achan (Joshua 7).

God said, “My eyes are on all their ways; they are not hidden from My face, nor is their iniquity hidden from My eyes” (Jeremiah 16:17). The Bible says, “There is no creature hidden from His sight, but all things are naked and open to the eyes of Him to whom we must give account” (Hebrews 4:13)

It may seem frightening that God knows everything we have ever done wrong, but it does not need to be. What God requires of us is not perfection, but honesty. We must be honest enough to acknowledge what we have done. No hiding, no pretending, no rationalizing. Just the honesty to admit to God what He already knows.

As Solomon said, “He who covers his sins will not prosper, but whoever confesses and forsakes them will have mercy” (Proverbs 28:13).

Make the decision—no more hiding. If there is not a clever Scotsman around to reveal your actions, there will someday be an all-knowing God who will.—Alan Smith