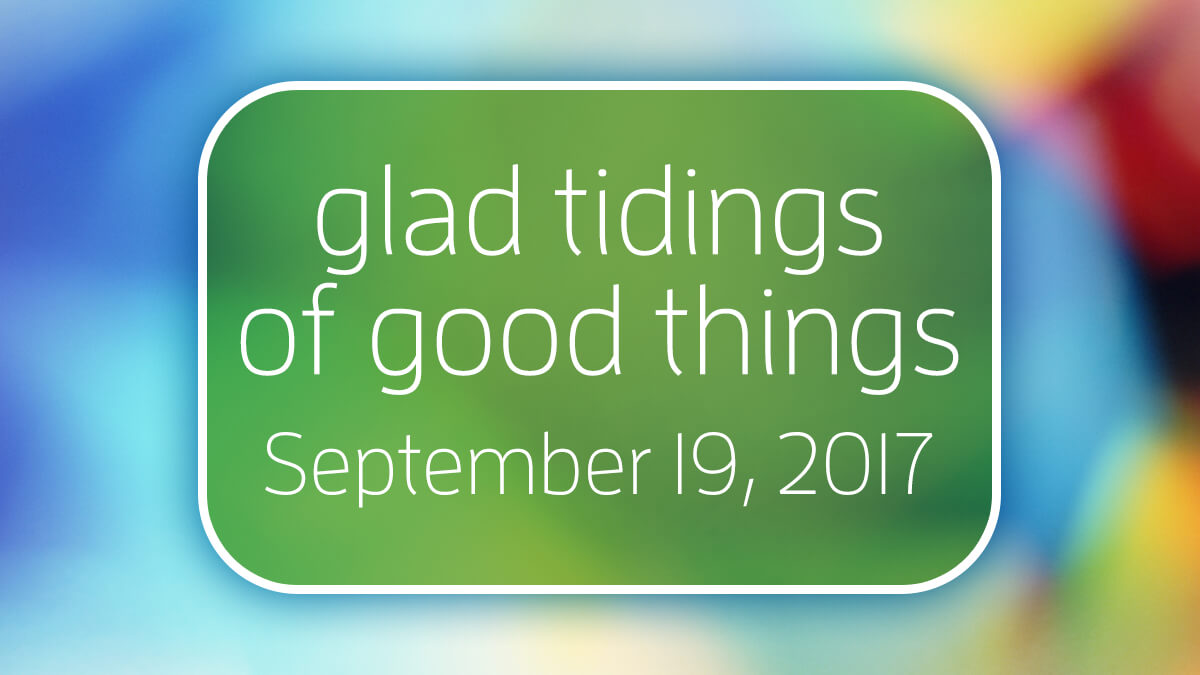 When things are going well, we just assume the elders know we appreciate it. Here are five things that elders need to hear from each member on a regular basis.

Long hours, heart-wrenching prayers, and sleepless nights are the parts of the work that most people do not see. All we see is the fruit of all those things.

For those things we should be grateful, and that gratitude needs to be regularly expressed. Elders do a work that simply is unequaled in its importance.

These pastors love souls and want the church to grow in number, spirit, and unity. They understand the depth and breadth of their position, and they also know the pressures that come with it.

Just a few words, regularly and honestly spoken by the members, will encourage these men, lighten their load, and bring more joy to their lives.  — Adam Faughn 8/10/16 Legacy of Faith (adapted for length).

The Road to Success

The road to success is not straight.
There is a curve called failure,
A loop called confusion,
Speed bumps called friends,
Red lights called enemies, and
Caution lights called family.

You will have flats called jobs, but
If you have a spare called determination
And an engine called perseverance,
Insurance called faith,
And a driver called Jesus,
You will make it to a place called success.—Glenn Hitchcock

How to Convert a 91-Year-Old

On Thursday September 15, 2016, Don Starks was baptized into Jesus Christ for the forgiveness of his sins at the age of 91. Don is the father of Michelle Paulin, our secretary at South Florida Avenue congregation, and we were glad he made the decision to become a Christian. Don had grown up Catholic, gone to Catholic school, and lived his entire life up to this point in the Catholic faith. We all have people in our lives we would like to reach (Romans 10:1). The issue with leading people to Christ is that we do not know when Jesus will return, and we also do not know when people’s lives may end (1 Thessalonians 5:2; Hebrews 9:27). So how do you reach someone who is steeped in their religious beliefs and 91 years old?

Example. Don has been living at Azalea Park assisted living facility for some years now. Jim Turner would frequently go to Azalea Park to visit and have prayer with Don as he made his rounds visiting (Galatians 6:10; James 1:27). Jim would go in and sit with Don, talk to him about life, how his day was going, and, of course, the Bible. Jim always responded to questions and situations in the world with a verse of Scripture (1 Peter 4:11). Don always commented that he knew Jim would be in heaven because he was such a faithful Christian and knew the Bible so well (1 Peter 3:15). Jim allowed his light to shine and was the salt that added flavor to the life of Don (Matthew 5:13–16). Jim was simply doing the work of a Christian, visiting and talking about the God he loves and the church for which Jesus died. Don saw the example that Jim modeled and the contagious spirit of happiness that he had, and it intrigued him (1 Peter 2:12). Don was also married to a faithful Christian, Louise Starks, for sixty years, and no doubt her example played a role and cemented the importance of God in his mind as well (1 Peter 3:1–2).

Evangelism. Don had seen the example of Jim, but this was not the only thing that played a role in his conversion. Bob and Grace McAnally recently moved to Azalea Park as well. Grace reached out to Don and began to talk to him about eternity. Whenever she got the opportunity, she would let him know that it was not too late to make the most important decision of his life (2 Corinthians 6:2). She spoke with him frequently about the necessity of baptism for the right reason and in the right way (Acts 22:16; Romans 6:3–4). I was privileged to go with her on a visit or two and talk with Don about obeying the gospel, and it was clear that a good foundation had been laid. Grace used the opportunities that God had placed before her to engage Don about his soul. Jesus told his disciples to go into “all the world and preach the gospel to every creature” (Mark 16:15–16). Grace believes the power is in the gospel to save, regardless of age or circumstance (Romans 1:16).

To convert people, we need to trust God’s Word and pray that people will have an open heart. Grace was a mouth-piece for God and spoke to Don about Jesus, and this led him down the path to salvation. Faithful Christian women have always been an important part of the church, and the same holds true today (Acts 18:26; Romans 16:1–2).

Endurance. The New Testament makes it clear that perseverance is needed (Hebrews 12:1–2). As we reach out to those we love with the gospel, we will not always receive favorable answers immediately (John 7:5), but we should never grow weary in well doing (Galatians 6:9–10). Michelle had been concerned about her dad for a long time. I suppose Michelle could have said her dad was 91 and that he was stuck in his ways. She could have reasoned that people do not normally change this late in the game. She did not. With constant prayer, she thought of ways to reach him. She talked with him concerning his need to do what Jesus said, if he ever hoped to be reunited with his wife in heaven (John 3:3–5). She talked with Grace and me about ways that we could approach him and mention the gospel and the church.

The endurance that Michelle displayed helped in bringing her dad to the Lord. He understood that if she was this persistent it must be important, and it caused him to think about his need to do the right thing. Michelle’s brothers and sisters were on board, and this added to his excitement and desire to do it. We all can get down at times about a prospective convert and feel as if there is no chance, but this is not true. Michelle demonstrated what Paul meant when he said to be “steadfast, immovable, always abounding in the work of the Lord, knowing that your labor is not in vain in the Lord” (1 Corinthians 15:58).

Brotherly Love. Once Don decided that he needed to obey the gospel, there was the issue of where this could be done. Don is not able to move around as well as he would like, so this would make it tough to lead him up the steps into the baptistery. We all searched around for places that had the facilities and equipment necessary. We found that the Kelly Rec Center not only had the pool but also a seat that could lift Don in and out of the water. Finally, David Anderson, Terrance Brownlow-Dindy (preacher for the Sixth Street congregation), and I were there to help him into the water and to baptize him. Don’s daughter, Debbi, was able to watch on the iPhone live as her dad was immersed into Jesus Christ for the forgiveness of his sins (Acts 2:38).

The truth is that there is still time for those we know who are outside of Jesus. May we look at the conversion of Don Starks as an example to follow. Two thousand years ago, a Pharisee came to Jesus at night and asked Him how a man can be born when he is old. The answer to Nicodemus was simple: “Of water and the Spirit” (John 3:4–5). —Hiram Kemp