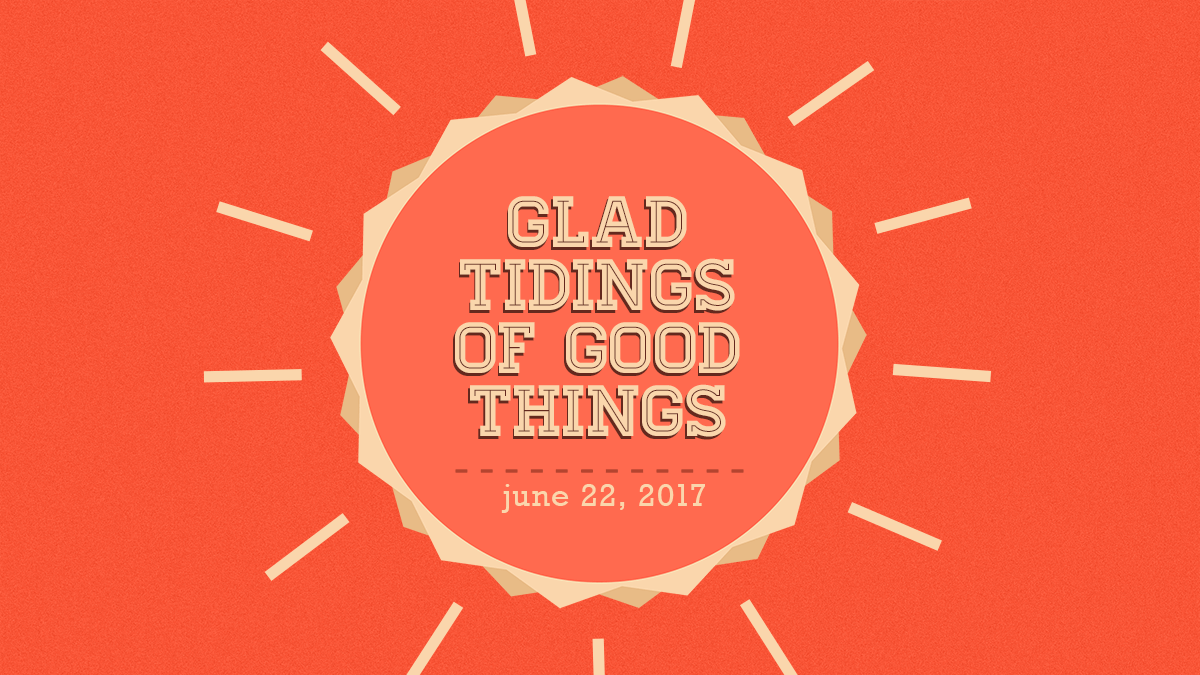 Years ago in South Florida, a little boy decided to go to the swimming hole behind his house.  He ran out the back door and flew into the water. As he swam toward the middle of the lake, an alligator was swimming toward him from the other shore.

In the house, his mother looked out a window and saw what was happening. Terrified, she ran toward the water, yelling to her son. Hearing her, the boy became alarmed and made a U-turn to swim to his mother.

Just as he reached her, the alligator reached him. The alligator snatched the boy’s legs; the mother grabbed his arms. An incredible tug-of-war ensued.

The alligator was much stronger than the mother, but the mother was more passionate. A farmer happened to drive by, heard her screams, raced from his truck, took aim, and shot the alligator.

After weeks in the hospital, the boy was scarred but healed.

A reporter interviewed him. He asked if he could see the scars.  The boy lifted his pant legs. Then with obvious pride, he said, “Look at my arms. I have scars on my arms, too. I have them because my mom wouldn’t let go.”

Every mother knows the feeling of seeing her child in danger and feeling hopeless. Usually the danger is not from a creature in the woods or swamp but from the world (James 4:4). When “alligators” grab our children, we hold on. Sometimes it is all we can do. We hold on and pray (1 Samuel 7:5; 12:23).

In the end, if we are spiritual parents, if we model what we want our children to be, it has great power. —Lonnie Davis

Huddle Up or Hurry Out?

The German philosopher Schopenhauer compared the human race to a bunch of porcupines huddling together on a cold winter’s night. He said, “The colder it gets outside, the more we huddle together for warmth; but the closer we get to one another, the more we hurt one another with our sharp quills. And in the lonely night of earth’s winter, eventually we begin to drift apart and wander out on our own and freeze to death in our loneliness.” Christ has given us an alternative: to forgive each other for the pokes we receive (Matthew 6:12-15). That allows us to stay together and stay warm (John 17:20-21). —Wayne Brouwer

The Circus or the Parade

A little boy who lived far out in the country in the late 1800s had reached the age of twelve and had never in all his life seen a circus. You can imagine his excitement when one day a poster went up at school announcing that on the next Saturday, a traveling circus was coming to the nearby town.

He ran home with the glad news and the question, “Daddy, can I go?”

Although the family was poor, the father sensed how important this was to the lad. “If you do your Saturday chores ahead of time,” he said, “I’ll see to it that you have the money to go.”’

Come Saturday morning, the chores were done and the little boy stood by the breakfast table, dressed in his Sunday best. His father reached down into the pocket of his overalls and pulled out a dollar bill—the most money the little boy had possessed at one time in all his life. The father cautioned him to be careful and then sent him on his way to town.

The boy was so excited, his feet hardly seemed to touch the ground all the way. As he neared the outskirts of the village, he noticed people lining the streets, and he worked his way through the crowd until he could see what was happening. Lo and behold, it was the approaching spectacle of a circus parade. The parade was the grandest thing this lad had ever seen. Caged animals snarled as they passed; bands beat their rhythms and sounded shining horns; midgets performed acrobatics while flags and ribbons swirled overhead. Finally, after everything had passed where he was standing, the traditional circus clown, with floppy shoes, baggy pants, and a brightly painted face, brought up the rear. As the clown passed by, the little boy reached into his pocket and took out that precious dollar bill. Handing the money to the clown, the boy turned around and went home.

What had happened? The boy thought he had seen the circus when he had only seen the parade!

In our Christianity, we are sometimes like this little boy. We think we are enjoying Christianity when we have only seen “the parade.” In Christianity, there is forgiveness, worship, fellowship, Bible study, encouragement, brotherly love, and a host of other things we enjoy as God’s people. If we are not taking advantage of all that Christianity has to offer—then we are only seeing “the parade.”

We passionately call to mind the words of Paul, “O the depth of the riches both of the wisdom and the knowledge of God! how unsearchable are his judgments, and his ways past tracing out!” (Romans 11:33).

Are you enjoying the circus or just the parade? —Author Unknown