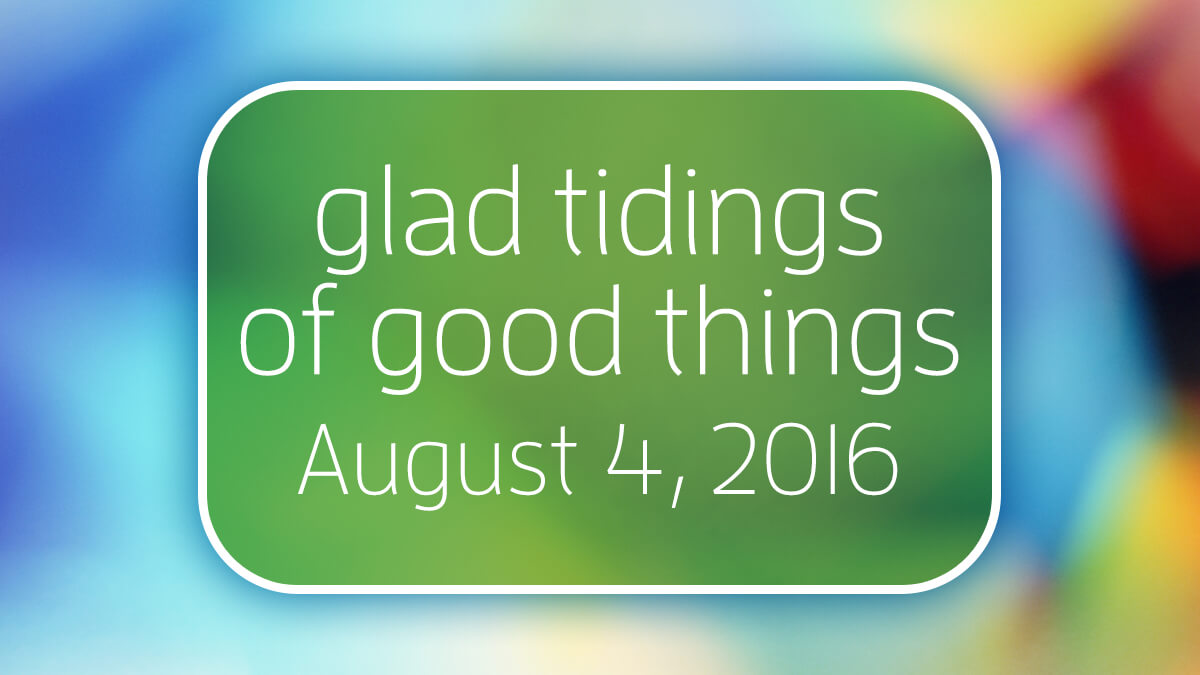 An old sundial in England bears this inscription: “I Mark Only the Hours That Shine.”

Reading it one day, a poet added: “I like the sundial’s wisdom in marking hours that shine. How happy could we mortals be, if we had sundial wisdom!”

The majority of people, sad as it may seem, dwell on the wrongs done them through life and neglect to count their blessings. For them there are no “hours that shine.”

Remove the negative thoughts the instant they begin to appear by finding something positive to replace them. If you find time heavy on your hands, or are too old to get a job, create one for yourself. Love yourself in the joy of doing things for others, and above all, promulgate constructive ideas.

See if your life won’t brighten a bit, and your faith in God be resuscitated. Its worth trying, this “sundial memory” scheme, and it’s free to everyone willing to forget himself for a moment and “mark only the hours that shine” by thinking of somebody else. —Helen Johnson, adapted from Minister’s Monthly

“I am crucified with Christ: nevertheless I live; yet not I, but Christ liveth in me: and the life which I now live in the flesh I live by the faith of the Son of God, who loved me, and gave himself for me” (Galatians 2:20).

Moses E. Lard, the great gospel preacher and proponent of the restoration of apostolic Christianity, was born in abject poverty in Bedford County, Tennessee, on October 29, 1818.

When he was fourteen years old his parents moved to Missouri. At the age of seventeen, Lard could neither read nor write, but later learned to do so.

Because of the family’s poverty, he and his brother were forced to leave home at a tender age to make their own way in the world.

As Moses and his brother were leaving, their distressed mother said to them, “My dear boys, I have nothing to give you but my blessing and these two little books.” She then drew from her bosom two small New Testaments, and with tears streaming down her cheeks and her lips quivering, she placed the Testaments in the boys’ hands and watched them walk away. The family was never reunited again.

At an extremely young age, Moses E. Lard had to cut the apron strings.

When he was twenty-three years old Moses Lard obeyed the gospel. His conversion to Christ came after reading a copy of Walter Scott’s The Gospel Restored.

Later, Lard enrolled in Bethany College and graduated when he was past the age of thirty. He completed the four years of work in three and graduated as valedictorian of his class, all while supporting his family in secular work. He went on to become one of the great preachers in the Lord’s church. His commentary on the book of Romans remains a masterpiece of genuine scholarship. —Hugh Fulford

“A man of understanding is of an excellent spirit” (Proverbs 17:27).

Don’t Be an Elephant

Jim Donovan, author of This Is Your Life, Not a Dress Rehearsal, wrote about his experience visiting backstage at Madison Square Garden during an appearance by the Ringling Brothers and Barnum & Bailey Circus.

“I was able to walk around looking at all the circus animals. As I was passing the elephants, I suddenly stopped, confused by the fact that these huge creatures were being held by only a small rope tied to their front leg.  No chains, no cages. It was obvious that the elephants could, at any time, break away from their bonds, but for some reason, they did not. I asked a trainer why.”

“When they are very young and much smaller, we use the same size rope to tie them and, at that age, it’s enough to hold them,” he said. “As they grow up, they are conditioned to believe they cannot break away. They believe the rope can still hold them, so they never break free.”

Here is a sobering question: Like the elephants, how many of us go through life hanging onto a belief that we cannot do something simply because we couldn’t do it before? May I challenge you to dream and pursue the unimaginable! It begins with the first step and continues with a walk, not just any walk, but it is a steady walk of faith rather than sight (2 Corinthians 5:7). With Jesus as our trainer we can accomplish mutual goals. “I can do all things through Christ which strengtheneth me” (Philippians 4:13). How about it?  —From Glenn Hitchcock