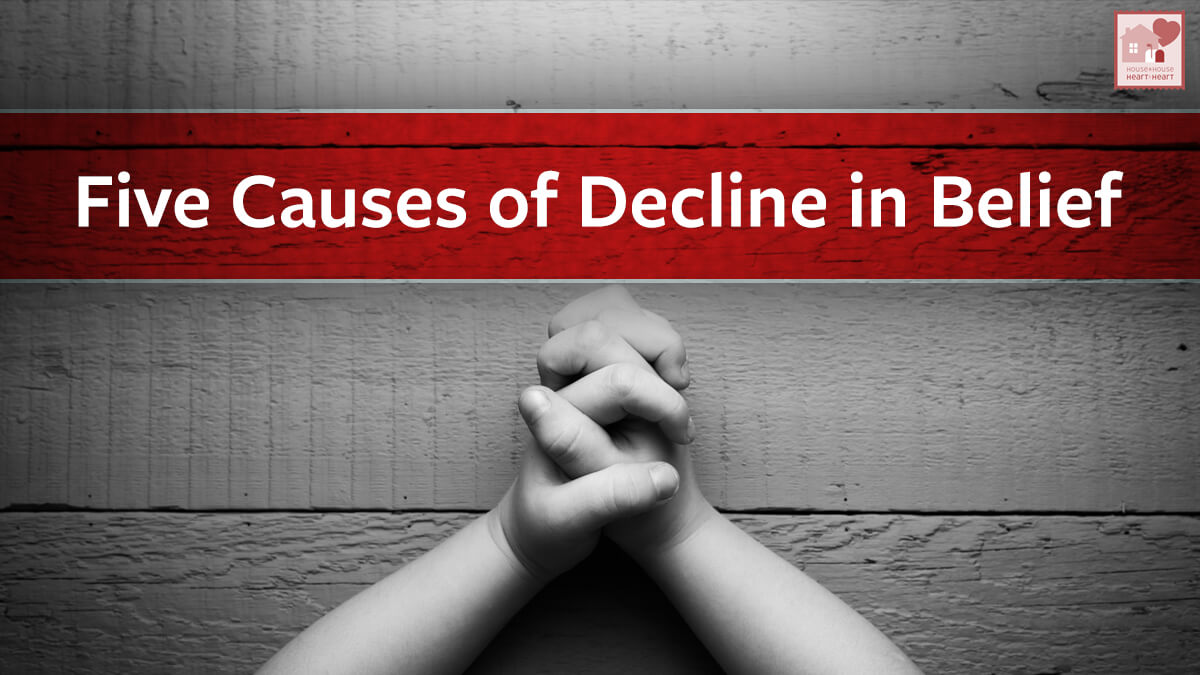 After the Renaissance and the Protestant Reformation, men were much freer to explore new ideas. Some began to question everything and believe in nothing. The British philosopher David Hume (1711–1776) argued that no one can prove anything, even the law of cause and effect. The German philosopher Immanuel Kant (1724–1804) insisted that we can only know how we perceive something and that we really cannot be certain about things like the existence of God. These men were agnostics, and their skepticism has influenced our culture. Their main idea was that we can’t be sure about anything (of course, they thought they were certain about that). This view has saturated our educational system, especially at the university level, and it has crippled religion in America by convincing people that no one can be sure that his belief is right.

Deism is the belief in the one true God but not in the Bible and especially the miracles of the Bible. It is often described as the view that God’s relationship to the world is like winding up a clock and letting it run down without interfering. Deists believe in God. They believe that God created the world, but they don’t believe God has ever intervened miraculously in the world. They reject the inspiration of the Bible, the deity of Jesus Christ, and all the stories of God’s intervention, from the flood to the miracles of the New Testament. They believe in some basic moral guidelines, but they usually abhor “organized religion.” Thomas Paine summed up deism when he said, “I believe in one God, no more.” Thomas Jefferson showed how prevalent deism was in his time when he produced his own New Testament (usually called the Jefferson Bible) in which he literally cut out all verses in the gospel accounts that mention miracles. The French deist Voltaire (1694–1778) was also famous for his attacks on the Bible.

The Jewish philosopher Baruch Spinoza (1632–1677) attacked the Bible and said it was not divinely inspired. As skepticism spread in Europe, liberal theologians, especially in Germany, questioned who actually wrote the books of the Bible. Under the guise of “scholarship” they concluded that these Scriptures were not written by the men previously thought to have penned them or at the time many supposed. They claimed that the Bible has been revised and edited by numerous unknown writers. Julius Wellhausen (1844–1918) championed the view that the first five books of the Bible were not written by Moses but were produced much later from at least four sources. F. C. Baur (1792–1860) said that many books in the New Testament were written after the apostles died. Later Rudolph Bultmann (1884–1976) said that a modern reader must remove all the “myths” of the New Testament to discover what the actual message is.

About five hundred years before Christ, Anaximander set forth a theory of evolution in rough form. The idea never took hold until Charles Darwin wrote Origin of Species in 1859. When Darwin wrote this book, he believed in God. At that point, his theory would be better described as theistic evolution.

Toward the end of his life, Darwin was more of a skeptic than a believer. Though not well received by churches of his day, the theory of evolution has since gained widespread acceptance in education. It has also made inroads into many Catholic and Protestant churches. Since even theistic evolution denies the creation account in Genesis, a person cannot consistently believe in the Bible and in this view. Also, since Jesus upheld the creation account in Genesis (Matthew 19:4-5; Mark 10:6), theistic evolution is an anti-Christian belief, though amazingly some who claim they are Christians hold this view.

Not all the factors that have contributed to disbelief in the Bible are intellectual. The morals of people in this country have changed drastically. It is true that the teachings of agnosticism and evolution have weakened people’s faith in God and that this has weakened their moral convictions. But it is also the case that others are skeptics or atheists because they want to be, rather than because they have looked at the evidence and decided to be. They have made up their minds to live in sin, and these theories of infidelity are a mere excuse and rationalization for their rebellion against God.

No amount of proof of God’s existence or of the inspiration of the Bible can convince them unless or until they have a change of heart. When people today say they don’t believe or don’t know if the Bible is inspired, they sometimes say this because they don’t want to live by its teaching. —Lance Cordle