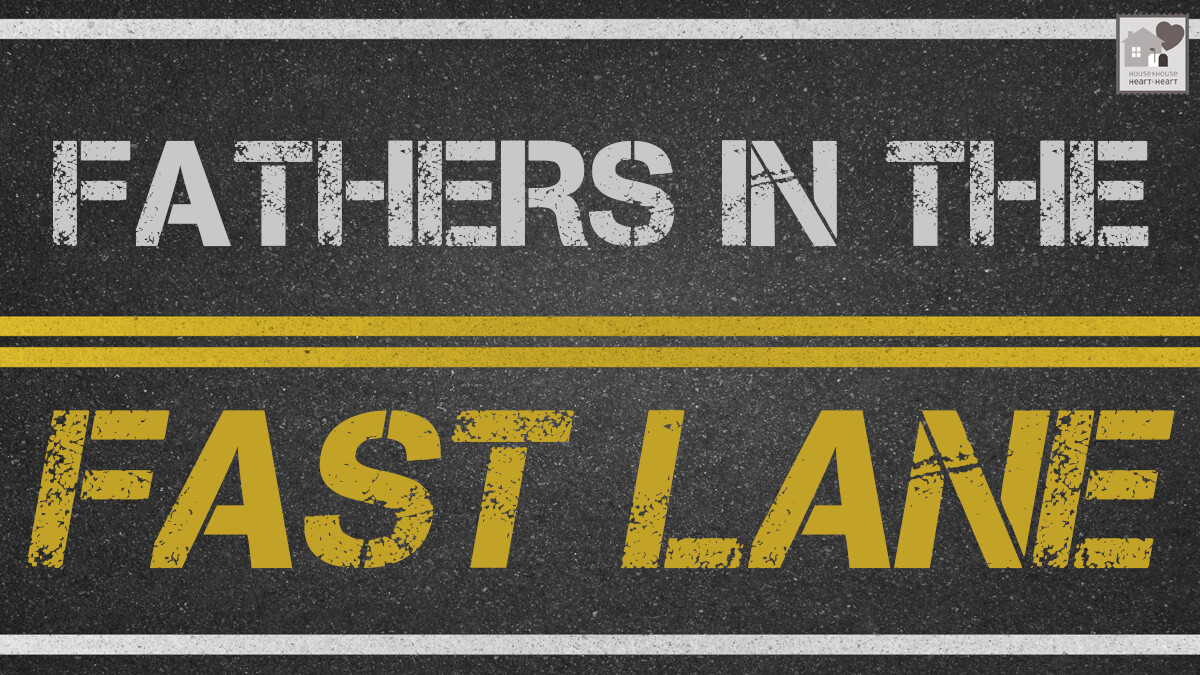 Ruth rode on my motor-bike directly in back of me;
I hit a bump at sixty-five and rode on ruthlessly.

That catchy little poem humorously describes a not-so-funny reality in our culture: many get going so fast in life that they leave their loved ones behind—and don’t even realize it until it’s too late. I think that’s especially true of dads.

According to U.S. News and World Report, 53% of teenagers report spending less than thirty minutes a day with their fathers. Of 1,000 teenagers interviewed, 25% do not discuss their daily activities with their parents, 42% had not received parental words of praise during the past twenty-four hours, 50% had not gotten a hug or kiss, and 54% had not heard the words I love you.

Why? Many dads are just out of time. Pressured to do all and be all—a success in his career and a leader and a husband as well as a father, the typical dad today passes himself coming and going. He’s a father in the fast lane, passing everyone on the freeway of life. And then he hits a bump. Maybe it’s a health crisis, a problem with a child, or marital infidelity. Because he’s been going so fast for so long, that one bump is enough to dislodge his wife or his children or both. Suddenly, he’s tooling along the road of life alone, wondering what went wrong.

That’s precisely what happened to King David in 2 Samuel. He was throttling along at a high rate of speed, conquering enemies, building a kingdom, enriching his treasuries. He was phenomenally successful. He was going hazardously fast. Then, his Harley hit a bump called Bathsheba. The impact tragically affected his family, and he rode on minus three of his sons. What caused the destruction of David’s family was not primarily the bump, but the high rate of speed with which he hit it. The Lord used the bump to discipline David into being a better father. The lesson for us dads from the life is David is, simply, slow down.

Amnon and Absalom later took some pages out of their father’s playbook. These two were teenagers when they saw David model manipulative and treacherous behavior, cover up his sin, deny responsibility, and ignore the hurt that resulted from his actions. Thus when Amnon saw a beautiful woman, he figured he could take her, and Absalom decided to use murder to fix his problem.

Fathers, let’s slow down and save our families.