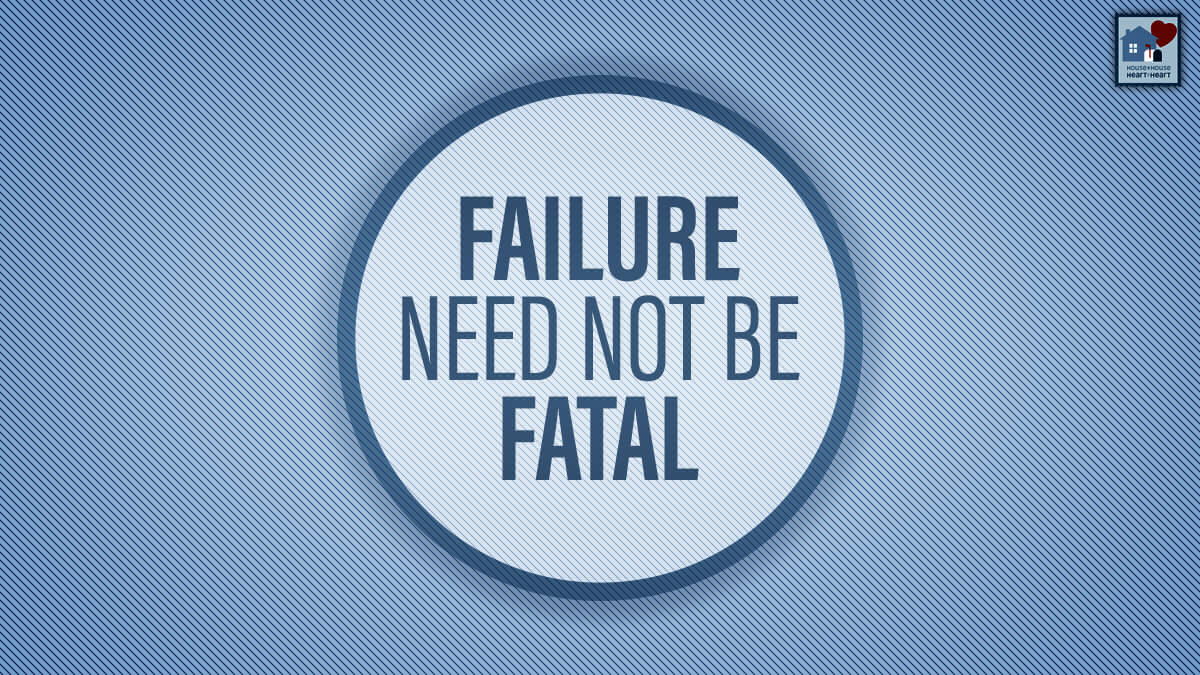 History books are filled with biographies of failures who made good. From them we can learn the valuable lesson that failure need not be fatal.

The first President of the United States—the father of our country—lost two-thirds of the battles he fought during the Revolutionary War. But George Washington won the war, founded a nation, and succeeded brilliantly in spite of those failures.

Who failed more than Babe Ruth? In a baseball career that spanned 21 years, the immortal slugger hit 714 home runs, but he struck out 1,330 times. Until he retired in 1935, this famous failure was baseball’s biggest attraction.

Just because one fails at some point in life does not necessarily mean he or she is a failure.

After Edison had experimented 10,000 times with his storage battery and still could not get it to work, a friend tried to comfort him. “Why I have not failed,” Edison replied. “I’ve just found 10,000 ways that won’t work.” Nearly deaf and with only three months of formal schooling, Thomas A. Edison patented more than 1,000 inventions. During his 60 years of reaching toward the unknown, Edison failed more than he succeeded. But who would call Edison a failure?

Is it a sin to fail? The answer is both yes and no. It is a sin when failure is due to moral or spiritual laxness or to laziness. But it is not a sin to fail when one has done his best, within the will of God, and the results were not what he wanted.

One must not be so afraid of life that one refuses to try. We don’t have to succeed, but we do have to give life a run for its money.

A faithful old preacher felt he had failed miserably when he reported to his congregation that only one new member—and just a boy at that—had been added to the church during the year. But that boy went on to become a missionary in Africa who brought the gospel to tribes that previously had never heard the name of Jesus.

Take heart! If life has put you on the canvas and pummeled the breath out of you, it is still too early to quit. If you feel you must quit, then do it the day after tomorrow. You may have lost the battle today, but you could win the war tomorrow.

As Grantland Rice, America’s first great sports writer, put it, “When Jesus comes to judge us, He will not be so concerned about whether we won or lost, but how we played the game!”