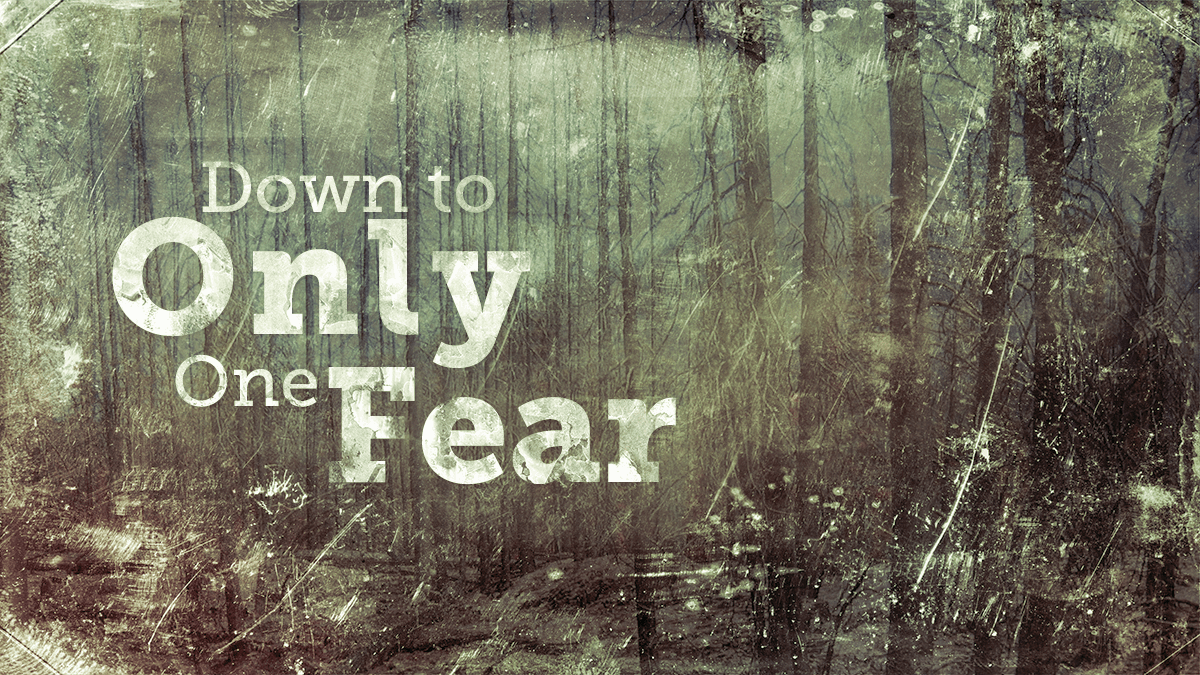 Home Christianity Faith Down to Only One Fear

We need not fear:

Economic Collapse. Whether the breaking of Social Security, a major stock market crash, the mounting U.S. debt, recession, the real estate bubble bursting, bankruptcy, out of control inflation, or job losses. “I have been young, and now am old; yet I have not seen the righteous forsaken, nor his descendants begging bread” (Psalm 37:25).

Potential Persecution.  Whether the steadily rising antagonism against Christianity, overthrow by foreign oppressors, the mounting tide of immorality promoting sin, or the epidemic ignorance of the Bible in our land. “Do not fear those who kill the body but cannot kill the soul. But rather fear Him who is able to destroy both soul and body in hell” (Matthew 10:28).

Peter said, “In truth I perceive that God shows no partiality. But in every nation whoever fears Him and works righteousness is accepted by Him” (Acts 10:34–35).

Natural Catastrophe. Whether global warming, meteors crashing through the atmosphere, glacial melting, California sliding into the ocean, or events like tsunamis and hurricanes.

“He will fulfill the desire of those who fear Him; He also will hear their cry and save them. The Lord preserves all who love Him, but all the wicked He will destroy” (Psalm 145:19–20).

Academic Decline. Whether comparative test scores with children in other nations, a socially charged curriculum agenda, the “dumbing down of America,” the de-emphasis of classroom competition, or outcome-based education programs.

We need to fear: