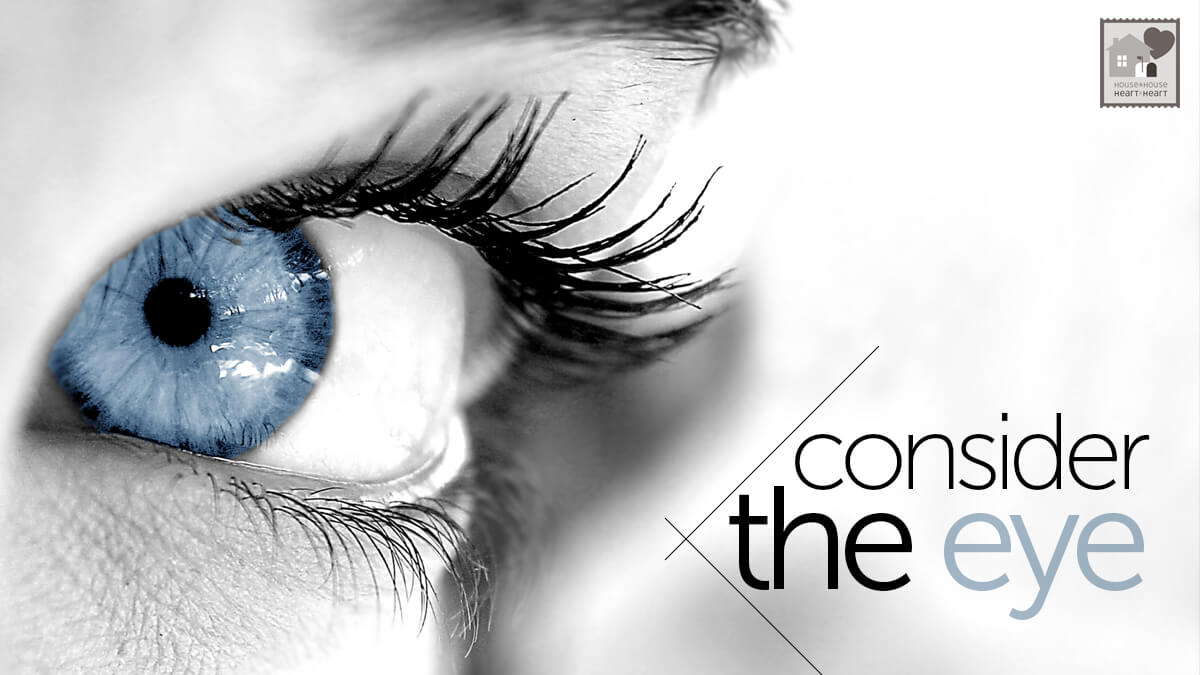 Home The Godhead Consider the Eye

Look out the window. Your field of view catches a vista perhaps a mile wide. It all appears projected onto half of a sphere at the very back of your eye, the retina, less than three centimeters in diameter.

Your brain sees within those three centimeters of information a world a mile wide and knows it is no Disney cartoon the size of a postage stamp. Light from the outside world has reached your retina with only slight distortion. That’s because somehow those clever genes in your body produced crystal clear, transparent cells for the eyes’ outer casing, the cornea and the lens just behind the cornea, and the thick fluid that fills the globe of the eye between the lens and the retina.

Amazing. All those totally clear cells and fluid even though most of our body is opaque or translucent. Some cells of your eyes are yours for life. As you age, more are added, but the ones you were born with are still with you as well.

The iris, which is controlled by an array of muscles, regulates the amount of light entering based on feedback from the retina. Behind the retina is a heavily pigmented layer that absorbs light not captured by the retina. A second array of muscles changes the shape of the lens, bending the light more or less as per the extent of the lens’s curvature, focusing the incoming images sharply on the retina. (All land vertebrates use the system to sharpen the image. A fish lens acts in a manner similar to a camera, focusing by moving the lens backward or forward.) Of course, the concept of focusing assumes the brain makes some decision as to what a “sharp” image means. Might the world really be blurry and we just see it as sharp?

All those muscles working in unison with no conscious thought on your part, and all in the blink of an eye, and all originally stored in one fertilized cell.  —Gerald L. Schroeder, The Hidden Face of God, “Meiosis and he Making of a Human,” 82–83.

28 Things We Need to Know About God