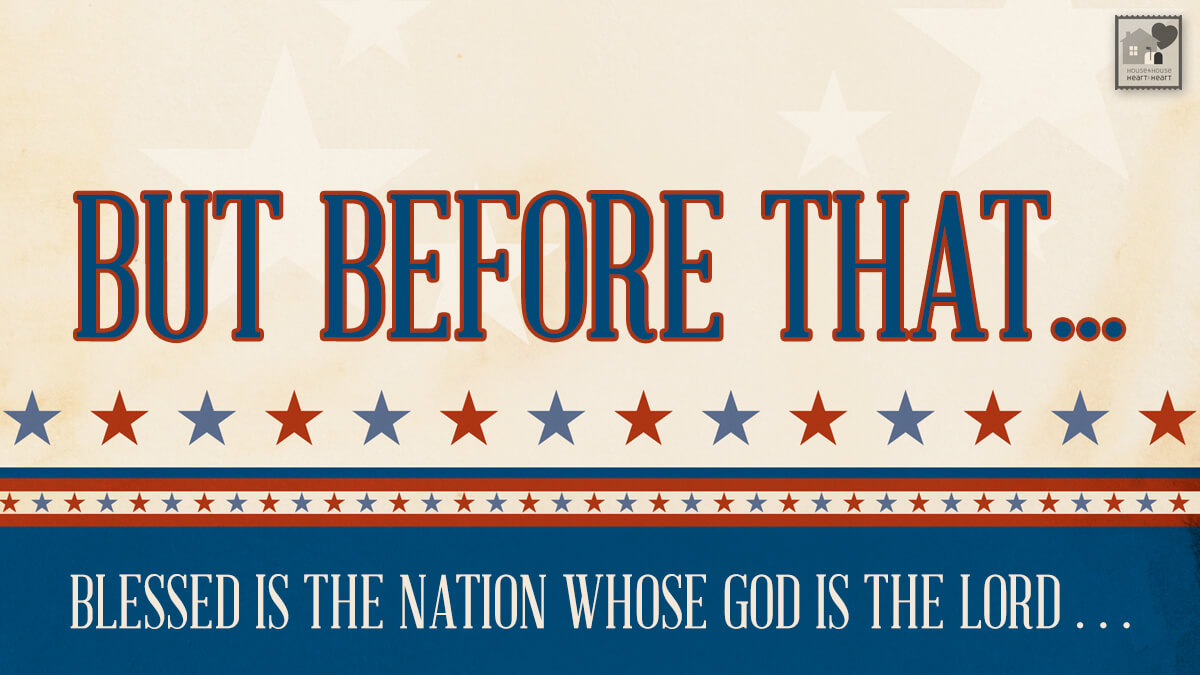 Home Bible Study But Before That…

In 1992, when Governor Kirk Fordice stated unreservedly, “America is a Christian nation,” the response bordered on hysteria.

But before that… Congress declared 1983 to be the “Year of the Bible” and stated that the Bible, the Word of God, has made a unique contribution in shaping the U.S. as a distinctive and blessed nation . . . Biblical teaching inspired concepts of civil government that are contained in our Declaration of Independence and the Constitution of the U.S.” (Public Law 97-280, Stat. 1211, approved 10/4/1982).

But before that… Former Chief Justice Earl Warren said in 1954 that the history of our country and the documents/charter exhibit the same objective: “A Christian land governed by Christian principles . . .”

But before that… Abraham Lincoln, April 30, 1863, appointed a National Fast Day and declared, “It is the duty of nations as well as men to own their dependence upon the overruling power of God, to confess their sins and transgressions in humble sorrow yet with assured hope that genuine repentance will lead to mercy and pardon, and to recognize the sublime truth, announced in the Holy Scriptures and proven by all history: that nations only are blessed whose God is the Lord.”

But before that… George Washington said on October 3, 1789: “It is the duty of all nations to acknowledge the providence of Almighty God, to obey his will, to be grateful for his benefits, and humbly implore his protection and favor.”

But before that… The Mayflower Compact of 1620 was a covenant “in the presence of God,” “In the name of God, Amen . . . by the Grace of God . . . have undertaken for the glory of God and advancement of the Christian faith.”

But before that… Calvin wrote to the King of France in 1536, “Now, that king who in ruling over his realm does not serve God’s glory exercises not kingly rule but brigandage [oppression]. Furthermore, he is deceived who looks for enduring prosperity in his kingdom when it is not ruled by God’s scepter, that is, his Holy Word; for the heavenly oracle that proclaims that “where prophecy fails the people are scattered” (Proverbs 29:18) cannot lie.”