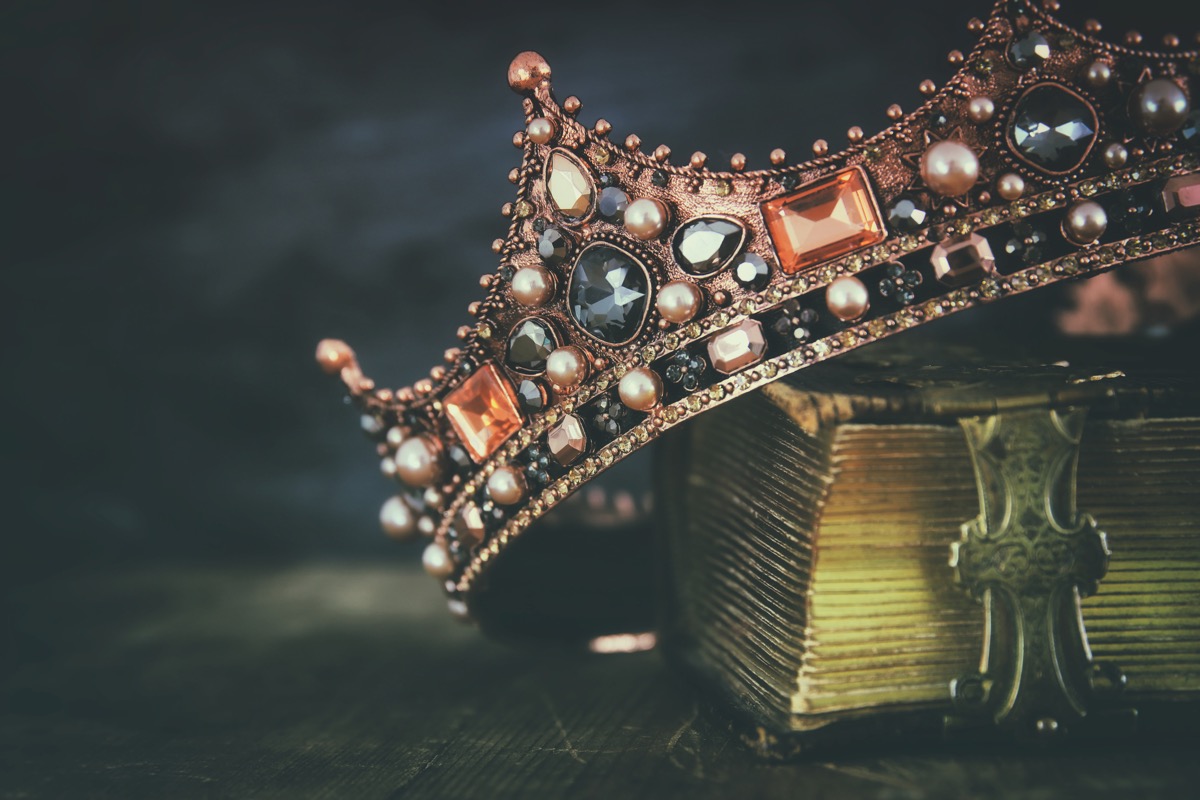 Home Christianity A Crown for a Cross

The Ammonites’ history with Israel was continually tense. The Ammonites were descendants of Ben-Ammi, Lot’s younger daughter’s son (Genesis 19). They refused to aid Israel in their flight from Egypt and had hired Balaam to curse Israel (Deuteronomy 23). In Israel’s siege against the last Ammonite stronghold, Rabbah (2 Samuel 12:26–­31), Joab had captured the city’s water supply and was ready to take the city. He requested that the king come to Rabbah for the final battle so David would receive the honor instead of his captain. When the city fell, the crown was removed from the Ammonite king and placed on King David’s head.

What is amazing is that this crown weighed almost seventy­-five pounds. Some commentators have trouble believing that it could have been placed on David’s head. However, in countries where travel is usually by foot and goods are often carried on the head, seventy­-five pounds would not be unusual. I personally have seen young men carrying the rear axles of cars balanced on their heads!

Imagine what a glorious crown it must have been—pure gold encrusted with precious stones. If we travel through time a thousand years, we read of another King who had a crown placed on His head. This crown, however, was not gold nor encrusted with jewels. It was a crown of thorns, plaited by Roman soldiers and forced on the brow of Jesus of Nazareth (John 19:2). He was forced to stand before these mocking soldiers, blood running down His face, as they derisively bowed and shouted, “Hail, King of the Jews!” Jesus was willing to suffer humiliation and even give His life on the cruel cross to save mankind from the wages of sin (Romans 3:23; 6:23). Because He did, God “crowned him with glory and honor” and “put all things in subjection under his feet” (Hebrews 2:7–8). Truly, Jesus is the King of Kings and the Lord of Lords.

There is still more. Let us travel ahead to another time. It may be tomorrow, next week, next year, or ten thousand years from now. It is the time when Jesus appears at His second coming. The dead in Christ will be resurrected from the grave, and along with the living Christians, will be changed and meet Christ in the air (1 Thessalonians 4:13­–18). Then there will be a great accounting, the Day of Judgment (Matthew 25:31­–46). On that day, Jesus will hand out crowns to His faithful servants. Paul wrote, “Finally, there is laid up for me a crown of righteousness, which the Lord, the righteous Judge, will give to me on that Day: and not to me only but also to all who have loved His appearing” (2 Timothy 4:6–­8).

We can receive a crown, not from a man, but from the King of kings and Lord of lords Himself. Paul referred to this crown as an “imperishable crown” (1 Corinthians 9:25). James and John referred to it as the “crown of life” (James 1:12; Revelation 2:10), and Peter called it the “crown of glory” (1 Peter 5:4). They all represent the wonderful gift of the eternal life with God for His faithful servants. Will you receive a crown? Can God count you as one of His faithful? Ada Powell penned the following words, “There’s a crown for your cross, there is gain for your loss; You’ll be given a crown for your cross. There’s a beautiful crown when your cross is laid down; You’ll be given a beautiful crown.”