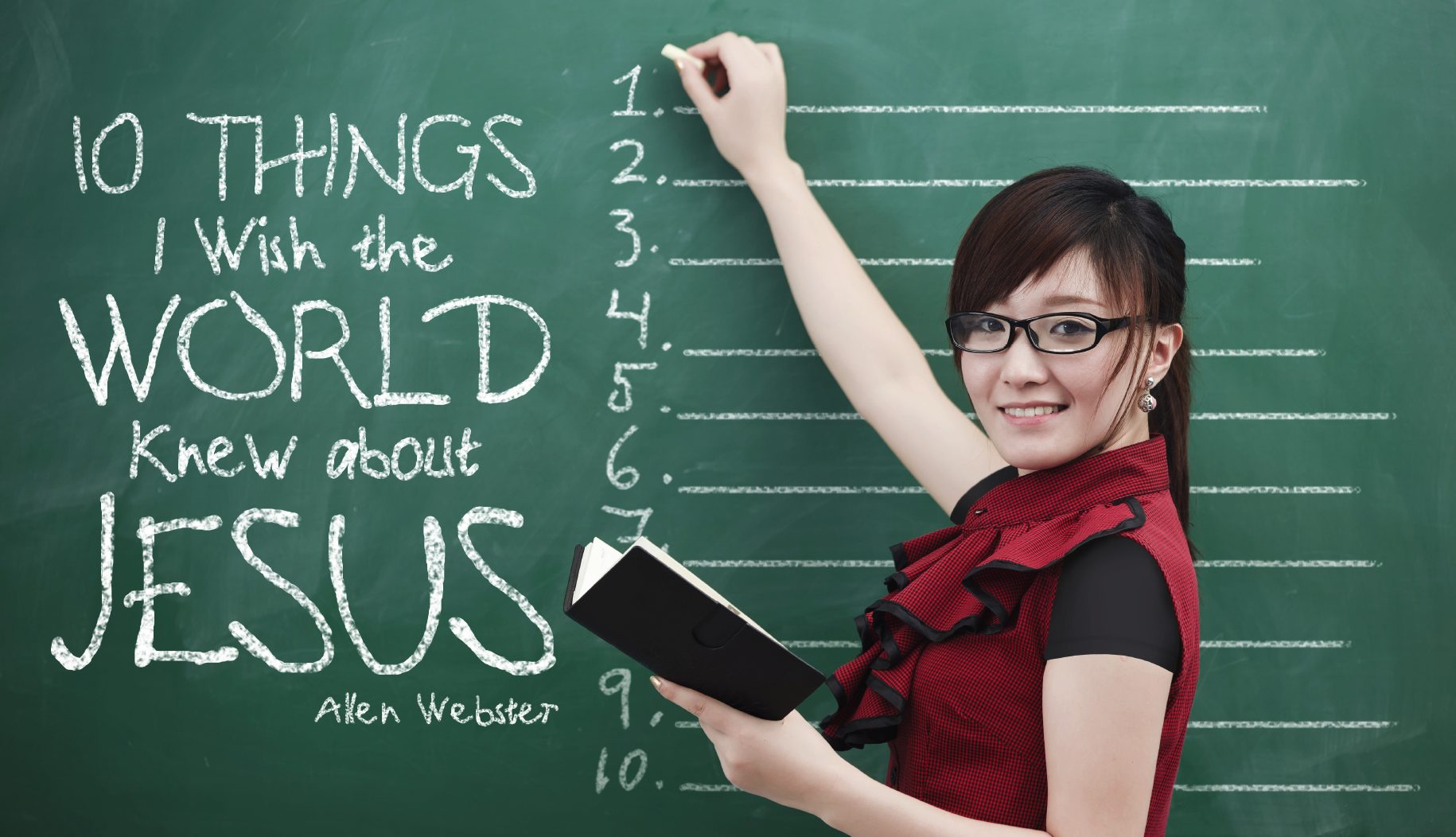 Home Editorial 10 Things I Wish the World Knew About Jesus

If the church had the opportunity to preach one sermon to the whole world, what should it be? Its theme would have to be Jesus, for there is no salvation “in any other, for there is no other name under heaven given among men by which we must be saved” (Acts 4:12).

No other person has been more frequently discussed, written about, painted, and sung to than Jesus, but about fifty percent of the world’s population still does not even know who He is.1 It is estimated that of the world’s 7.7 billion people, 3.15 billion have little or no access to the gospel.2 Even among those who think they know about Jesus, there are many misconceptions. He remains an enigma to most of humanity.

What does the world need to know about Jesus?

#1: Jesus does not want to condemn you; he wants to save you.

Many see Christianity as the “Religion of No.” They believe it sucks the fun out of life with its rules and “thou shalt nots.” They see Jesus as judgmental and condemning.

This is not the Jesus of Scripture. Jesus said, “I did not come to judge the world but to save the world” (John 12:47). “God did not send His Son into the world to condemn the world, but that the world through Him might be saved” (John 3:17).

Sin is man’s great problem. Like a drop of poison in a glass of water, even a little taints the whole life and results in death (James 2:10). Sin is universal—“There is none righteous, no, not one” (Romans 3:10); and fatal—“the wages of sin is death” (Romans 6:23). Before Christ, sin was man’s unsolvable problem.

Isaiah said saving man would be costly. Because of our sin, someone had to die—the just for the unjust (Isaiah 53:5–6). In the Old Testament, an animal could die for a man’s sin, but that was only a temporary solution (Hebrews 10:4).

When God saw man’s desperate need, He provided a Savior (Acts 13:23). He sacrificed His own Son: “God so loved the world that He gave His only begotten Son, that whoever believes in Him should not perish but have everlasting life” (John 3:16). “The Father has sent the Son as Savior of the world” (1 John 4:14).

Jesus came to earth and lived a perfect life (Hebrews 4:15), qualifying Him to be the sacrifice for sin (a sinner could not die for sinners). Isaiah wrote, “He was wounded for our transgressions, He was bruised for our iniquities; the chastisement for our peace was upon Him, and by His stripes we are healed. All we like sheep have gone astray; we have turned, every one, to his own way; and the Lord has laid on Him the iniquity of us all” (Isaiah 53:5–6).

Each person must eventually come to one of three possible conclusions concerning Jesus:

Jesus was a liar. His claims to be the Son of God from heaven were deliberate fabrications and have misled millions of people over the past two thousand years.

Jesus was a lunatic. He really believed what He said, but was no more the Son of God than He was the king of England.

Jesus is Lord.3 He was who He said: the promised Messiah, Son of God, and Savior of the world.

The evidence points to the third conclusion. One cannot read Matthew, Mark, Luke, and John and come away saying Jesus was a bad man (liar) or mentally imbalanced (lunatic). He went about doing good (Acts 10:38); His words were logical and articulate. That leaves “Jesus is Lord.”

“The Word became flesh and dwelt among us” (John 1:14). God could have chosen to send Jesus into the world as a fully grown and sinless man. He could have quickly died on the cross and gone back to heaven. Instead, Jesus was miraculously conceived in Mary’s womb as a baby (Matthew 1:23; Luke 1:35; cf. Isaiah 7:14). He lived a common life for thirty years, an extraordinary life for forty months, and an excruciating life for six hours.

So about ninety percent of His earthly existence was spent living as an average person. He came from a common family, wore a common name, did common work, ate common food, spoke a common language, and had common responsibilities.

#5: Jesus was crucified by his own people for being too holy.

He made claims Jewish leaders considered blasphemy. He claimed

Jesus lived again. That the tomb was filled is generally stipulated to by both sides. Jesus died and was buried. That is not the question. The question is what happened to the body. There are three choices:

The first is disproven by the fact that Christianity’s enemies never produced the body. Preaching the resurrection began within a stone’s throw of His tomb—in the presence of His enemies. They did all they could to stop the church’s growth, but they never said, “We took His body. You look like a bunch of fools for claiming a resurrection.”

The second choice is equally untenable. First, believers had no access to the body. Jesus’ tomb was triple protected by

Second, the disciples died for their faith. Not one recanted and said, “We took the body. There was no resurrection. It was all a lie.” People do not die for something they know is a lie.

#7: Jesus built the church and wants you to be a member.

The only lasting institution from Jesus’ life is His church. He promised, “On this rock I will build My church, and the gates of Hades shall not prevail against it” (Matthew 16:18). The promise was fulfilled on the Pentecost following His resurrection (Acts 2:1–47). The church of Christ grew rapidly in Jerusalem, Judea, and throughout the Roman Empire.

The same church still exists today. Jesus adds every person He saves to it (Acts 2:47). In fact, that is the only way to become a part of it. He invites you to accept the facts of the gospel (1 Corinthians 15:1–4), obey its commands (Acts 2:38), and then enjoy its promises (Mark 16:16). He will add you to His church where you can worship and work until He comes or you pass over to His side in death.

#8: Jesus reigns over the whole world—except one place.

Yet there are pockets of resistance—places where His rule is not recognized. Those places are human hearts where He stands at the door and knocks (Revelation 3:20). Does He rule in your heart? He wants you to take Him with you on your life’s journey. He has high expectations. He requires certain behavior and attitudes. He lays out what is right and wrong in Scripture, and He must be given preeminence in all things (Colossians 1:15–20).

Like an engagement proposal, the choice is up to us. He will not make us follow Him, but life is better with Him in it. And eternity without Him is unthinkable.

#9: Jesus will judge everyone.

He gave a preview of that great scene when the Son of Man shall come in His glory: “He will sit on the throne of His glory. All the nations will be gathered before Him, and He will separate them one from another, as a shepherd divides his sheep from the goats. And He will set the sheep on His right hand, but the goats on the left” (Matthew 25:31–33). You will be there; I will be there; we should prepare.

We are back to where we began. He stands ready to save; He is the only way to heaven.

In Pursuit of Hope